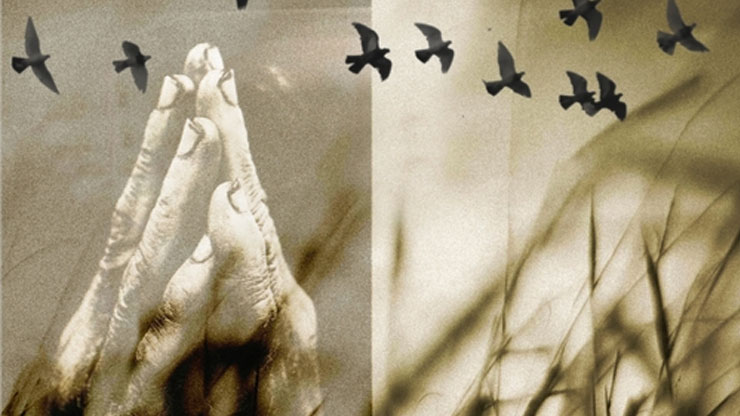 Steve Jinski used to be a more rabid character. When our paths first crossed he was a singer of the people, an artist as principled as Billy Bragg and just as he, dragging his guitar along. Where he differs from the Bard of Barking is Jinski has always had more accessible melodies and more broad appeal to his song structure. Based on Tyneside down the years he’s had plenty to chronicle and news that’s fit to sing, but time makes a more reflective man, just as concerned and just as community driven but less ranting, certainly considered.

So what does such a chap do during Covid lock down? Well knowing Jinski as a decent bloke, it comes as no surprise that he turned his planned solo EP into a set of beacon songs which give out a positive message. As he says in the sleeve blurb, ” we will get through this, we must not lose hope.” And from that point onward he goes about five tracks which do exactly what the title promises.

Even in the most deep, dark corner a song like ‘ To The Saint Of Lost Causes,’ in whom Mr. J. espouses his belief over a choogling beat, can only bring light and a smile. Look, all the cuts here are quality, ‘Recovery,’ with its Geordie refrain of ” Howay, howay, howay,’ gives him grounding in what’s around and what he knows. Best of them all ‘Something Good Will Happen,’ should be blaring out of radio speakers across the land as a feel good anthem for a better, brighter, healthier tomorrow. Inclusive lyrics and sentiments which say though the ride is rough, hold tight the end is worth the wait.

And for him no doubt that end will mean the resumption of live gigging and striding on stages with up turned faces pleased to see live music back. Jinski asks no more. You should ask for ‘Hope Street,’ as soon as you can, it’s a fine way to launch a New Year Resolution.