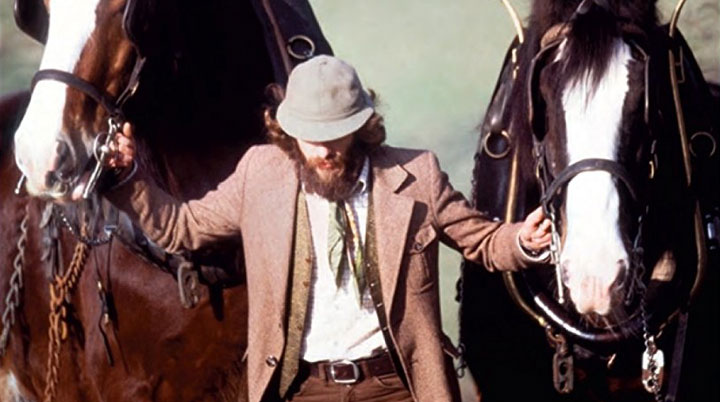 It seems incredible, but Ian Anderson is still out there treading the boards and flinging his flute about in the fiftieth year of touring as Jethro Tull. The re-releases and anniversary editions continue apace, with a back catalogue stuffed fuller than a turkey on Christmas morning Tull has become the gift that keeps on giving; remastered, remixed and enhanced. Every year brings a significant anniversary of one of their many albums, and Anderson is squeezing every last drop of nuggety goodness from all those master tapes that he has stashed away in his barn.

Now I know that many scoff when I mention Jethro Tull, it’s a bit like saying I’m a train spotter or collector of Disney Princess figurines*. Peoples spines stiffen as they take an involuntary shuffle backwards, their faces freeze into an expression they hope won’t offend or encourage. Actually, thinking about it, it’s just like saying you like folk music to a millennial Drake fan and having to cope with their blank faced incomprehension. So if you are even reading this then I know you didn’t just roll your eyes and scroll off into the distance. You are already converted to the way of the Tull old chum, so let’s get down to the nitty gritty bits.

We are in a fortieth anniversary halo period of the release of what many regard as the holy trinity of Tull albums, written and recorded when Anderson had moved to the country as part of the inevitable bucolic progression of all rock stars in the seventies. Paul McCartney went to the Mull of Kintyre (not half far enough in my mind as he still inflicted the frog chorus on us). So Ian found himself in a far flung shire with a farm and time on his hands to wander the lanes and byways, whilst his mind skipped around folklore and all things green and bountiful. The inevitable result was a folk-rock phase.

The triptych of folk-rock albums produced in this phase were Songs From The Wood in ’77, Heavy Horses in ’78 and then Stormwatch in ’79. These recordings also feature what is regarded as the classic Tull line-up; Martin Barre on guitar, Barriemore Barlow on drums, John Glascock on bass, John Evan on keyboards and David Palmer on everything else. The albums display a changing perspective in song writing. From the most overtly folky with Songs from the Wood, through the more realist style of Heavy Horses and on to the environmentally aware Stormwatch. So Heavy Horses is less folklore and more country life, the title track itself being a tribute to the horse breeds that ploughed this land for hundreds of years. The powerhouses of agriculture were sidelined by machines and the blind rush toward progress, yet still they still stand in the margins as a potent symbol of a vanished and less industrial time. 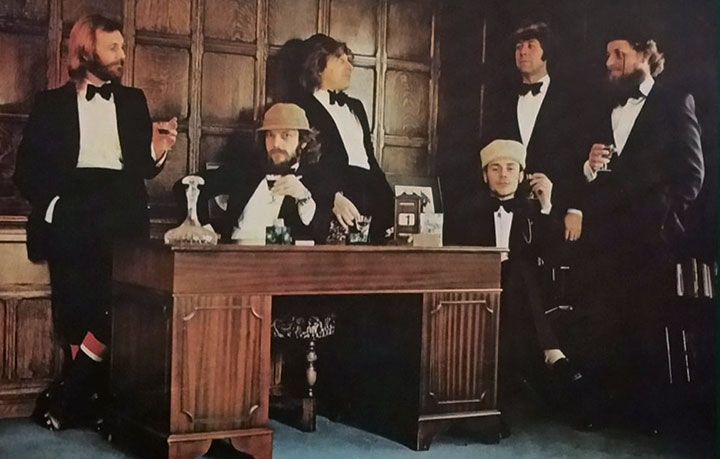 The fortieth anniversary editions are really rather splendid things. This one is dubbed the ‘New Shoes’ edition (as in horse shoes). It comes presented in book format with an in depth look by Anderson at the recording and production of the album along with an insight into what the band was up to at the time. Inside the front and back covers are the five discs that make up the formidable package, a CD of the album remixed by Steve Wilson, who’s capable ears are slowly working through the whole back catalogue remixing and tweaking for these editions. Then there is a live concert recording from Berne in 1978 across two more CDs, mixed for stereo especially for this edition. The remaining two discs are a DVD of said concert and a further DVD audio containing a surround sound mix for the audiophiles out there. Presumably it can be used as a coaster or bird scarer for the non surround-sounded amongst us.

I’m going to focus on the main CD of the original remixed album, I feel the DVD and CD of the live concert, whilst being wonderful, probably aren’t the discs that you are going to play again and again. Especially once the eye-popping image of Anderson wearing a red bowler hat and grasping his flute in phallic splendour has finally left your retinas. No, it is that Steve Wilson remix of the album that is worth the £35 price tag. ‘Remix’ is a term generally used when someone balls up the original recording into a barely recognisable form, just to squeeze a few more quid out of the punters. This is nothing of that sort, Wilson has improved without corrupting the original feel of the record – for me it has to be the definitive version of this album, if you are going to own one version of it then it may as well be this one.

Also on that disc are the songs that didn’t make it onto the conservative 45 min running time available at the time. If you are a Tull completists these won’t be a huge surprise as some have released over the past few years as extras such as Beltane and Living In These Hard Times, also Jack-a-Lynn which was released way back on the 1988 Twentieth Anniversary box set (which I note was described as the ‘definitive’ collection at the time). Yet these are all remixed and sound really good – Quatrain has only (I’m reasonably sure) featured as a live track on Bursting Out, but here it has a whole new feel with a bouncy mandolin noodle in the middle. That this never got far in the recording process is attested by Anderson’s “Ah fuckit” as he fluffs a note in it, but somehow it just makes it better. Then there is ‘Horse Hoeing Husbandry’ a title that can only exist in this universe as a Tull song title… well it would but they nabbed it from the real Jethro Tull and his groundbreaking essay of the same name written in 1762.

This is a really fine edition of what is regarded as a classic album. If you remember it fondly then it will go down a treat, if you are a Tull virgin then is is a perfect place to start. If you are a completist you’ll already have it and hopefully you’ll agree just how good it is. Personally I remember buying these albums as punk dominated everything, and Tull was its absolute antithesis. But it spoke to me in a language I understood, I knew real life poachers and my parents generation remembered horses pulling the plough. When it came out in ’78 the twelve year old me spent his days outside in the country; walking, fishing, generally trespassing and getting up to no good at all. So Heavy Horses is part of my youth and is impossible to review in an objective manner, so five stars and sorry about that. Roll on 2019 and the anniversary edition of Stormwatch I say.