Heather Small: Where is she now? 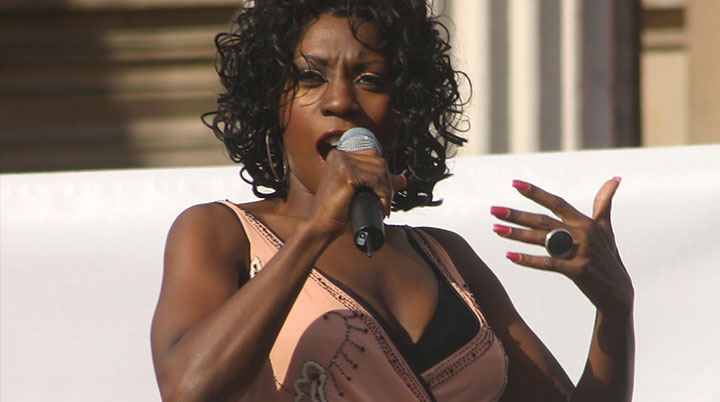 She performed as part of several well regarded acts and has more than a few hits under her belt; all the more impressive as a female front-woman in a less progressive time.

Such talent doesn’t just fade away, and Small has continued to carry the torch for British soul music since her heyday, releasing solo material and performing across the world.

One of the music industry’s most interesting characters and a fervent supporter of charitable causes, Heather Small is still as popular and relevant today as she ever was.

Read on to find out more about her rise to stardom, what’s behind her enduring appeal and what she’s up to now.

The early years and M People

The first band with whom Small sang was Hot House, an outfit which never cracked the Top 40, but did find acclaim, particularly with the single Don’t Come to Stay. After this inauspicious start she sang on a track for the Italian band Black Box, which peaked at number one, but it wasn’t until she joined M People that Heather Small found real fame.

The band was primarily one which made dance music, but the soulful stylings of Heather Small helped to set it apart in a crowded market and ensured significant success for the band, both artistically and commercially.

M People was formed by the Mancunian DJ, Mike Pickering, and the name of the band comes from his first initial. Along with Small, Paul Heard and Shovell, he pioneered a sound which blended the house, soul and pop genres. While initially, it was planned that the singer for the band would not remain a constant, the band’s sound soon became synonymous with Heather Small’s distinctive vocals and she became a permanent feature.

Two of the band’s biggest hits were Moving On Up and Search For the Hero, both of which are still heard widely to this day. M People’s third album, titled Bizarre Fruit II, was in the charts for well over a year and became one of the top selling albums of the decade.

The band also won a BRIT award and a Mercury Music Award around the same time as their chart-dominating success, and despite several hiatuses, the original members still play together on a regular basis at gigs and events.

Although still a member of M People, since the early ‘00s Small has spent more time working on her solo material; as well as spending more time with her son.

Prior even to this, she had performed solo on the Children in Need single Perfect day in 1997, which helped to raise thousands of pounds for the worthwhile cause and establish her singing credentials as a solo artist.

A debut solo album called Proud was released in 2000, and a single of the same name from the album helped Heather to break into several international markets with its success.

Proud became the theme song for the Oprah Winfrey Show, which Oprah chose because she felt that it summed up everything the pioneering TV presenter had achieved over her glittering 20 year career.

Since the release of her first solo album Small has continued to perform as a solo artist, making an appearance at such high profile events as the Tsunami Relief Concert in 2005 and collaborating on a single with veteran artist Tom Jones.

She has also appeared on the popular TV show Strictly Come Dancing where she was paired with Brian Fortuna before losing the dance-off to Rachel Stevens in her 8th week on the show.

She has also focused on charity work, and supports BeatBullying, the Aiden Cox Foundation, Mencap, St Luke’s Midnight Walk, Asthma UK and Barnardos among others.

As a charismatic and talented artist, it’s no surprise if you’re looking for the Heather Small agent; she’s represented now by the London based celebrity agency MN2S, and is available for private bookings of all types – from intimate gigs and galas to corporate events and more.