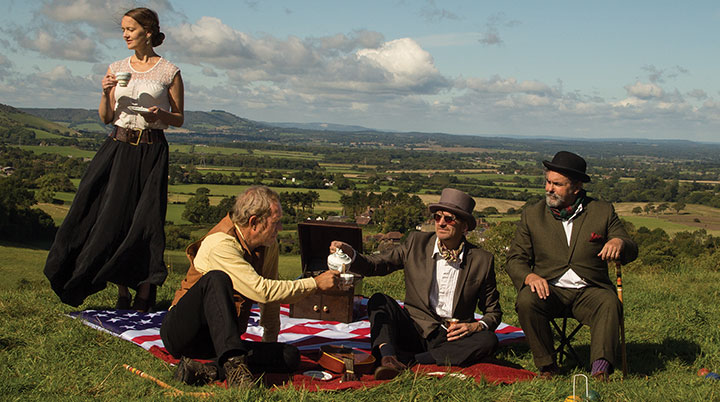 On the 1st June this year, 2014 Spiral Award winners, Hatful of Rain will release their third album entitled ‘Songs of the Lost and Found’. The album’s contents are entirely original and utilise the familiar palette of voices, fiddle, mandolin, guitar and bass alongside a cast of additional musicians. The music is entirely of its time, responding to the modern world’s experiences of loss, redemption, migration, identity and austerity.

Hatful of Rain are a British folk group using a mix of British and American styles. In their live performance they combine powerful songwriting with musical flare, using a single microphone approach to create an intimate and engaging atmosphere.

The band formed in 2011, quickly signing to the Folk/Americana label Union Music Store for their first album ‘Way Up on the Hill’, which led to a session on the prestigious BBC Radio 2 Bob Harris Saturday show.

A second album ‘The Morning Key’ followed in 2014 was warmly received by the roots music world with the Hatfuls nominated to perform at the Americana Music Awards in Nashville and as Best Group in the Spiral Earth Awards.

In 2016 the band released a CD of traditional UK and US songs on their own label, Long Way Home Music, in an exploration of what had influenced them in their earlier musical careers.

The release of ‘Songs of the Lost and Found’ will be supported by shows around the country.