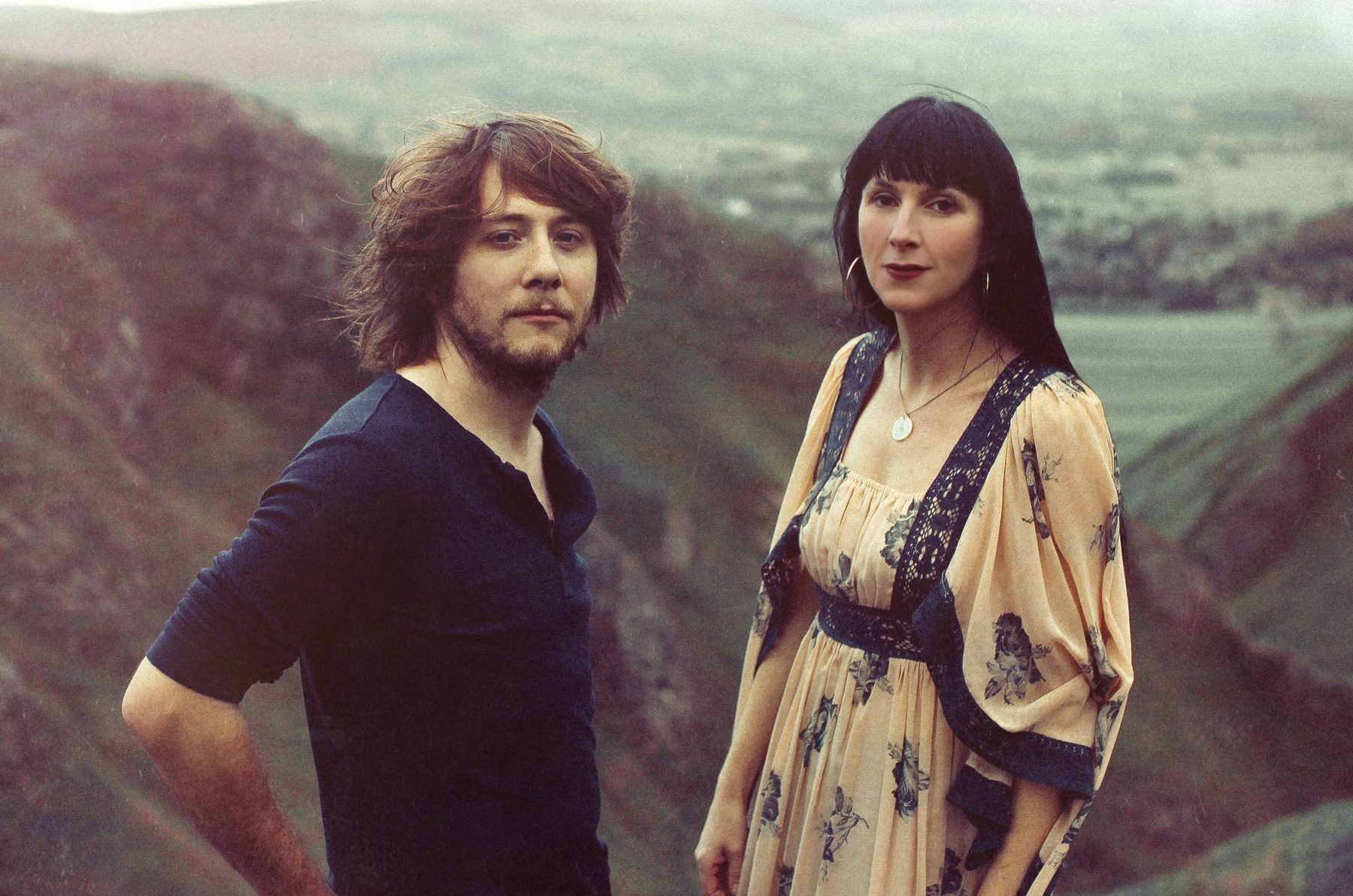 Hannah Sanders & Ben Savage, have just released ‘A Winters Night’, the first single from their latest record, Ink of the Rosy Morning, which is out April 1st on the iconic Topic Records.  A traditional ballad and the opener to an undeniably intimate album..

Ben explains: “I learnt this [song] from the inimitable Doc Watson. The opening imagery has always appeared so vivid and detailed in my mind’s eye.” He enthuses, “Sometimes you’re like an actor singing in the first person, but when I do that song I am totally that person. I know exactly where I am, what the girl looks like and what I’m drinking”

Both Hannah and Ben’s musical ideals have been shaped by multiple styles and influences (from Hannah’s teenage years in a touring family band and a lengthy sojourn in America to Ben’s study of the dobro and successes playing with The Willows), exceptional songwriting skills and the array of instruments they can both turn their hands to. Yet way back, both had also been initially fired up by the music and culture of East Anglian folk clubs and this was the music to which they instinctively gravitated. And thus, ‘Ink Of The Rosy Morning’ is a magnificently intimate and engaging successor to their previous albums ‘Before The Sun’ (2016) and ‘Awake’ (2018).

Ink of the Rosy Morning was very nearly a different beast entirely. Before lockdown, they already had their third album almost ready to roll: finished tracks, guest artists and everything. Then the world changed. And so did their mindset. And with it, their music.  “It was,” says Ben Savage hesitatingly, “liberating!”

Choosing instead to record in a quiet former schoolhouse by the sea in Hastings for a few days, they sat in the dining room, lit the fire, opened a bottle of wine, set up a few mics and played. Nothing pre-arranged. No grand scheme. No pre-production. No demos. No thought of releasing anything from it.

All of this makes what they emerged with, Ink Of The Rosy Morning, which is out on April 1st, all the more extraordinary.

Here’s the video to accompany the single:

They are touring the album starting at the end of March.