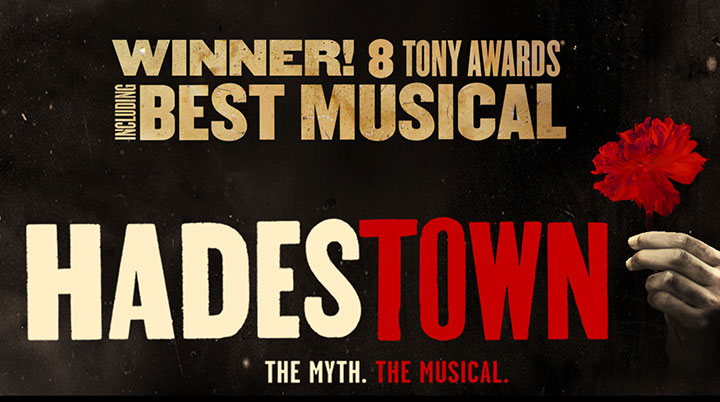 The cast album was released digitally this summer, and topped Billboard’s Broadway Cast Recording chart, and debuted at #8 on the Top Album chart. To date, songs from the album have been streamed over 30 million times worldwide.

“This recording, like the show itself, has been a work of passion and patience, a labour of love on the part of so many artists,” Anaïs Mitchell said. “We’re thrilled to be able to share the music of Hadestown on Broadway in its entirely on CD and six beautiful sides of vinyl! Happy listening, everyone!”

Hadestown, developed by Mitchell with innovative director Rachel Chavkin, is the most honoured show of the 2018-2019 Broadway season. In addition to the show’s eight Tony Awards, it has been honoured with four Drama Desk Awards, six Outer Critics Circle Awards including Outstanding New Broadway Musical and the Drama League Award for Outstanding Production of a Musical.

Hadestown marks the first time in over a decade that a woman has been the solo author of a musical: writing the music, lyrics, and book, and is the fourth time in Broadway history a woman has accomplished this creative feat.

The show electrified audiences with its 2016 world premiere at New York Theatre Workshop, which is the longest-running show in that celebrated theatre’s 40-year history. The production then received its Canadian premiere at Edmonton’s Citadel Theatre in 2017 and then a 2018 sold-out engagement playing to over 50,000 fans at London’s National Theatre prior to Broadway.

Hadestown originated as Mitchell’s indie theatre project that toured Vermont and which in 2010 she then turned into an acclaimed concept album featuring Justin Vernon (Bon Iver), Ani DiFranco Ben Knox Miller (The Low Anthem) and Mitchell herself. With Chavkin as her artistic collaborator Hadestown has been transformed into a genre-defying new musical that blends modern American folk music with New Orleans-inspired jazz to reimagine a sweeping ancient tale.

The Original Broadway Cast Recording was produced by Mitchell with David Lai and Todd Sickafoose.