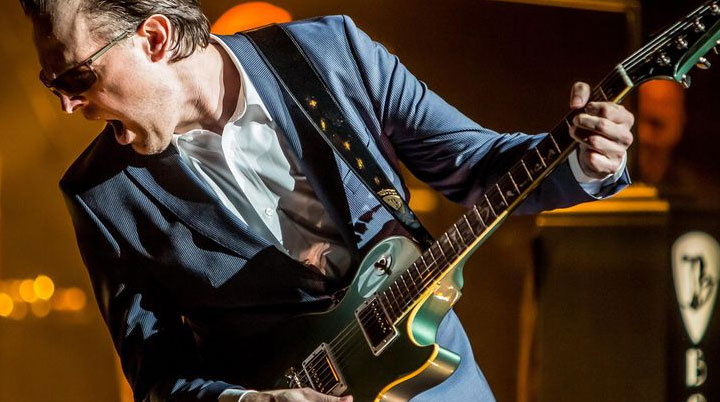 “Now Serving: Royal Tea Live From The Ryman” is released on June 11th and will be available to own on CD, DVD, Blu-Ray and Double LP. The stellar performance includes 12 incredible live tracks, featuring the best from his latest studio release Royal Tea and also includes 3 electrifying tracks from his 20th anniversary album A New Day Now.

Bonamassa has made a career out of taking risks and venturing into uncharted territory throughout his wide-ranging career and outstanding live shows, and the delivery at Ryman Auditorium was nothing short of perfection. Last year when COVID-19 put the live touring industry on hold, Bonamassa did something unprecedented for his fans – he put together a one-night-only show at the iconic Ryman Auditorium in Nashville, TN to be livestreamed for fans everywhere. 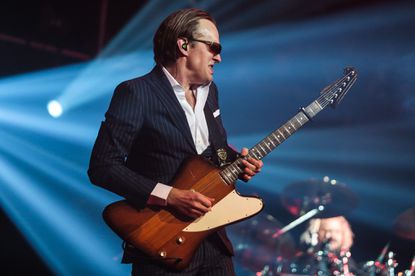 Recalling the magical night, Bonamassa shares, “I have always wanted to film a show at the legendary Ryman Auditorium in Nashville. The audience is always alive and electric, hanging on every word and phrase. We missed you. As great as it is to be on that stage in any capacity, YOU the fans make it special. You are part of the show and a big part of it. As this show was being filmed live, almost 100,000 eyes were on us in various forms around the world in front of TVs and computers alike. But you were not in the room with us.”

The night at the Ryman should also be celebrated as an event that brought the music industry together. Between ticket sales and donations during his After Party Showcase, the event raised $32,000 for Bonamassa’s Fuelling Musicians program, supporting artists for over a year amid the pandemic. To date the program has secured $460,000 in funding for qualifying touring musicians who are suffering financial hardship since their careers have been put on hold.

It’s no wonder he’s often praised for bringing new audiences to the Blues Rock universe. Bonamassa already has an incredible catalogue of live and studio releases that continue to evolve over the years and with this release, they’ll get front row seats for one of the best touring acts around!