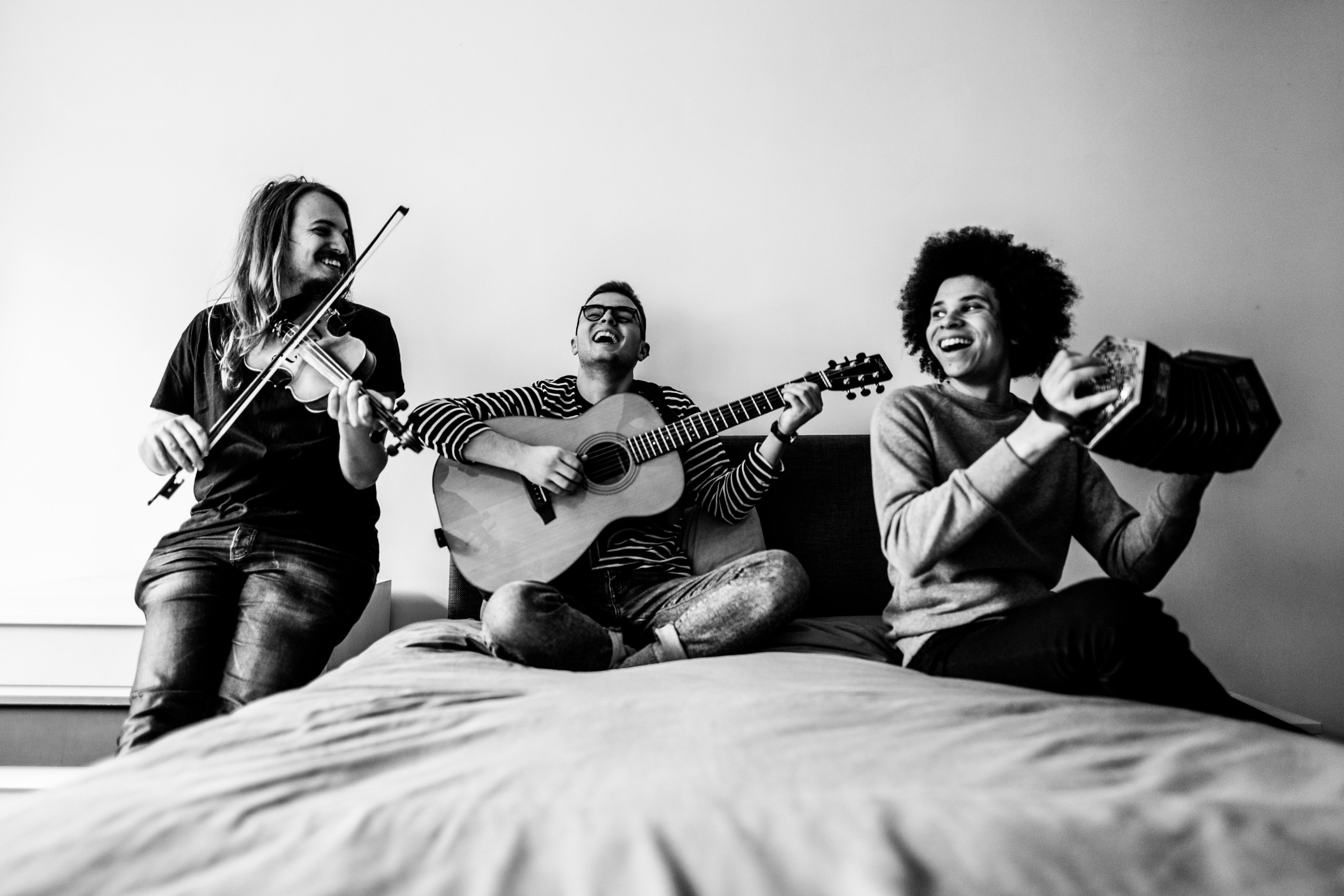 GRANNY’S ATTIC may be the only folk band to celebrate 10 years of playing together before they are even in their mid-twenties. And with their third album, WHEELS OF THE WORLD, this extraordinary trio of young trad folk disciples – Cohen Braithwaite Kilcoyne (Anglo Concertina/Melodeon/Vocals), George Sansome (Guitar/Vocals) and Lewis Wood (Violin/Vocals) – are launching themselves into a new phase of their joint musical career. 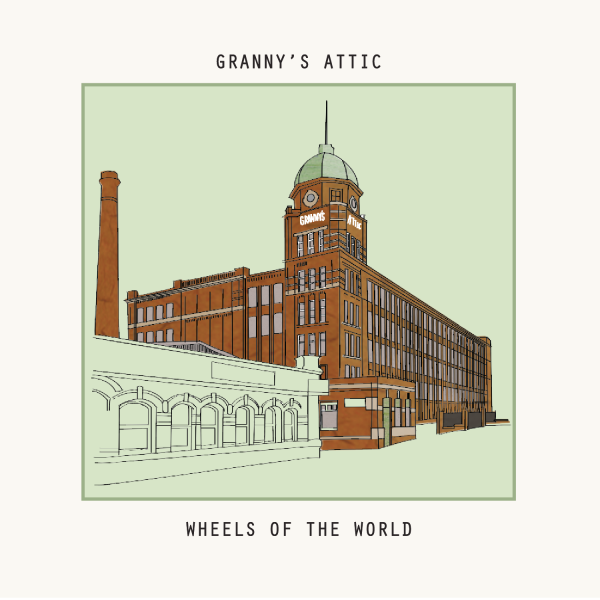 They’ve already sent waves around the folk scene in England by maintaining the integrity of their traditional material and approach, paying homage to the likes of folk heroes Pete and Chris Coe, Tony Rose, Nic Jones, Martin and Eliza Carthy, Dave Swarbrick, John Kirkpatrick, Peter Bellamy, Steve Turner and Mick Ryan to name but a few.

But they boldly sought out award-winning producer and musician Sean Lakeman to tease out of them an exciting new dynamic for their very English sound. (Sean and his wife Kathryn Roberts have twice been voted Best Duo in the BBC Radio 2 Folk Awards. Both were members of the legendary folk super-group “Equation” and Sean has also toured the world in his brother Seth’s band.)

Granny’s Attic have a BBC Radio 2 Young Folk Award nomination under their belt, and a reputation for producing music with an energy and maturity way beyond their years. Cohen was also nominated for the Horizon Award as a solo artist last year. They’ve each recently graduated with Music degrees from the Universities of Leeds and Southampton, but more importantly, immersed themselves in traditional music and played together from an early age.

So an outpouring of musical magic was inevitable when they tucked themselves away in Sean’s Dartmoor studio for a week in January.

“It was great to work with such an experienced producer and accomplished musician” said George. “He’s worked on numerous albums that we enjoy and respect across a wide variety of music.”

Lewis agreed “Sean’s musicality was invaluable and made working together very easy and particularly rewarding. He has a clear understanding of the tradition, yet his musical tastes and abilities extend far beyond this, bringing a fresh approach to the material this time around. We were definitely less afraid to step outside our comfort zone with this album.”

Cohen says “Sean has managed to capture the group dynamic that we have live and translate that into a studio recording that has the same spark.”

The band will launch the album at Bromyard Folk Festival (5th-8th September), of which they were recently made Festival Patrons.

They will continue to tour in 2019 and 2020, with two special 10th Anniversary Concerts in Leeds and Worcester in October 2019. “Wheels Of The World” is released today on Grimdon Records – 6th September 2019.

You can get your very own copy of Wheels of the World here (via the more info link)  https://www.grannysattic.org.uk/product/wheels-of-the-world/

….and it is being released on spotify etc tomorrow.