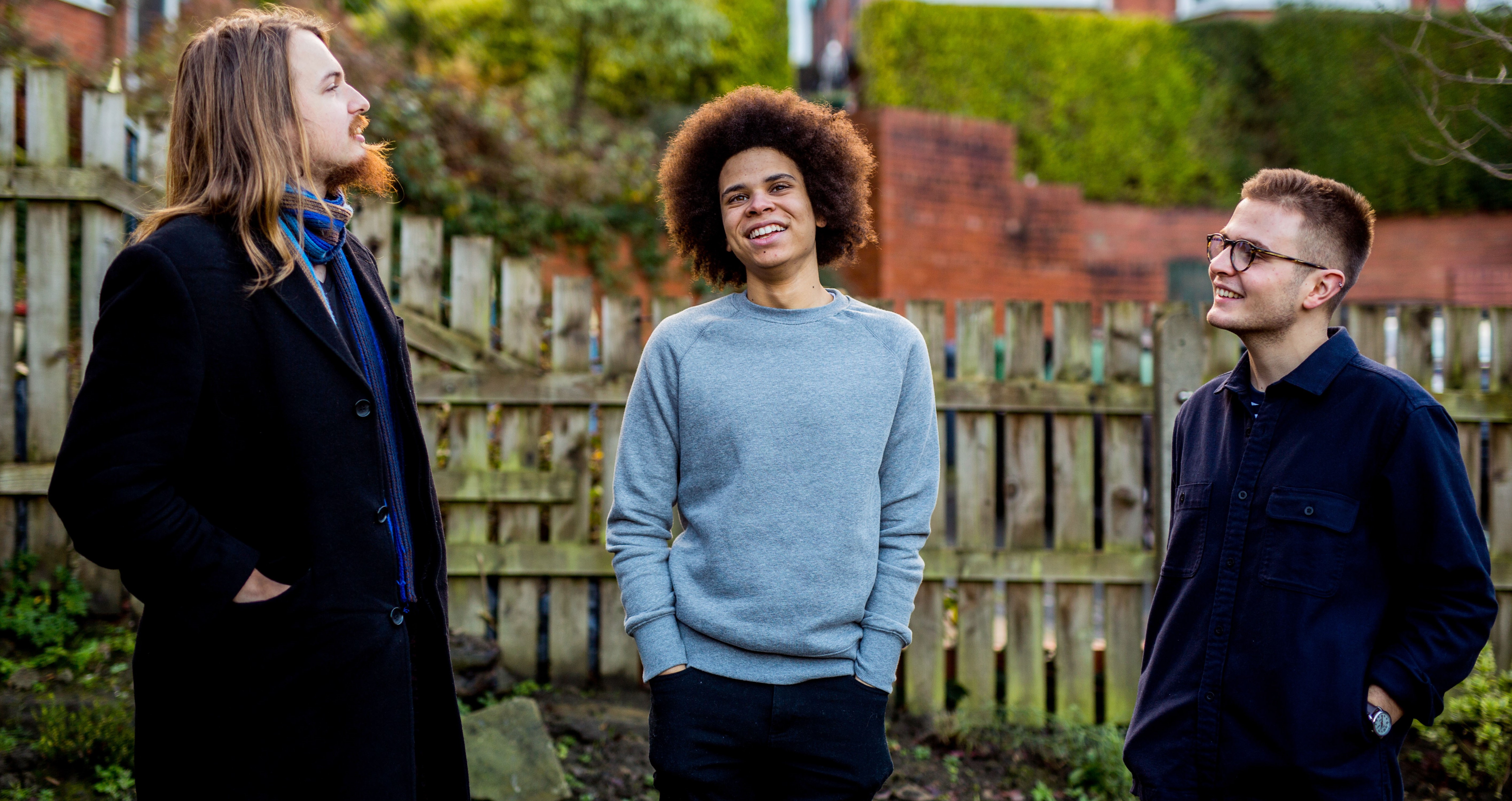 On Friday 18th December, lively English trad folk trio Granny’s Attic will be streaming a professionally-recorded concert premiering on Facebook and YouTube at 7.30pm GMT. The gig, filmed at Edge Studios in Cheshire, will feature live favourites from the past few years. Most of the set list was requested in advance by fans.

Lewis Wood (fiddle, vocals) explains:   “We put a call out for people to request their favourite songs and tunes from our repertoire and were touched by people’s responses. We managed to include nearly all of them – and couldn’t have fitted any more in!”

The performance has been recorded ahead of the event to ensure the highest quality audio and visual experience possible. Fans will have the chance to interact with the band in the comment section during the premiere, and then a limited number of ticket-holders will have access to an exclusive after show party/Q&A session via Zoom (which is almost sold out). 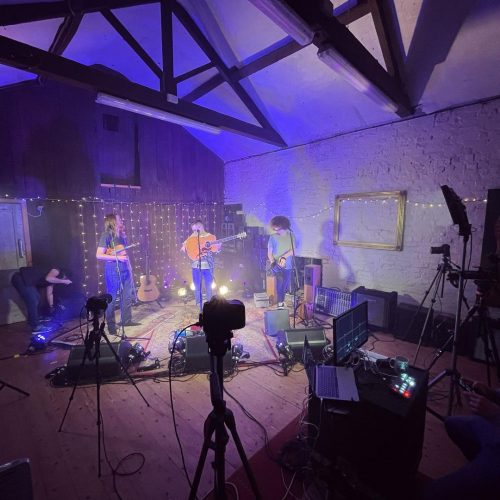 Aside from a short performance at Beardy Folk Festival in September, the band – like many – haven’t been able to perform much in 2020 and as Cohen Braitwaite-Kilcoyne (vocals, concertina, melodeon) says, this is their first full gig together since their last tour in February 2020: “We all live in separate places so we’ve got to grips with putting together split-screen video performances and adapting to the world of online music-making. But for this gig we’re so happy that we actually got to make some music in the same room – it’s been a while!”

George Sansome (vocals, guitar) writes: “It was really great to play together again, and John Delf and the amazing team at Edge Studios have done such a good job of capturing the spark we get from playing live. We’re really excited to share this performance with everyone”

The concert is available to watch for a suggested ticket donation of £10, which includes an exclusive download of live tracks from the recording.

More information including donation instructions can be found at: www.grannysattic.org.uk/online-gig

Granny’s Attic premiere their concert film, “Live At Edge Studios”, on 18th December at 7:30pm via www.facebook.com/grannysatticfolk and www.youtube.com/GrannysAtticFolk