Glymjack’s debut album LIGHT THE EVENING FIRE is out now 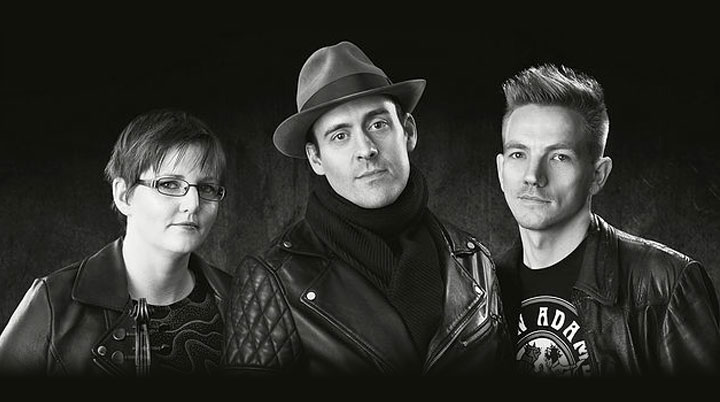 Glymjack is an English folk act led by singer-songwriter Greg McDonald.and throughout 2018 he is touring as an acoustic trio with  fiddle virtuoso Gemma Gayner and bassist Dickon Collinson, delivering a high energy, harmony-rich set of hard-hitting originals, English folk songs and fiddle tunes.

The term “Glymjack” is Victorian criminal underworld slang for a street child who led strangers through the streets of London at night with a lantern.

“Light”, said Leonardo Da Vinci, who knew a little about the subject, “shines most where the place is darkest”.

Fittingly, the name “Glymjack” is itself a nod to a dark chapter of English folk history, taken from Victorian criminal underworld slang for a street child who led strangers through the streets of London at night with a lantern. Phil Beer and Steve Knightley’s roles in the making of the Light the Evening Fire album mark the creative zenith of a musical relationship that began when a teenage Greg drunkenly cornered the pair with a demo at a gig – an incident, immortalised in the Show of Hands song “Be Lucky”, which would ultimately lead to Beer suggesting the studio collaboration out of which the Light the Evening Fire album grew.

For more information and to find details of their extensive 2018 tour, visit http://www.glymjack.com