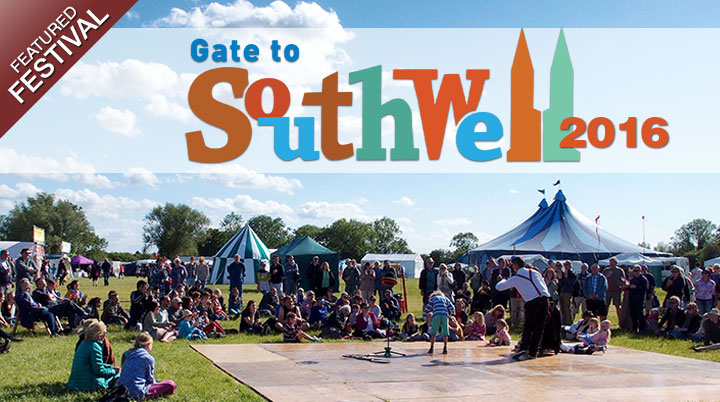 There’ll be an explosive start to the Gate To Southwell festival on Thursday June 9th.  To celebrate the tenth birthday of the Midlands’ premier acoustic and roots event, there’s an evening of great music plus a firework display at the site near Southwell Racecourse.  The fireworks, and free buses between Southwell and the festival site, have been sponsored by Gusto Homes/Becher’s Court, the new development on Southwell’s Burgage.

“It promises to be a great start to the 10th birthday weekend,” says festival director Mike Kirrage.  “We’ve come a long way since the first festival with less than 500 people attending.  This year we’re expecting around 4000 visitors to Southwell over the four days and we’re increasingly attracting great artists from all over the world.”

“We’re extremely grateful for the help we receive to make the festival run smoothly and be successful,” says Mike Kirrage.  “There’s a lot of hard work behind the scenes from our committee, stewards and many other volunteers and we really value the support we get from the people and businesses of Southwell and the surrounding region.  Long may it continue.”

With five different music stages, great family entertainment, plus the usual fine mix of food and drink tents, a craft fair, a beer and cider festival plus pub sessions in town, the 10th Gate To Southwell (June 9th-12th) is guaranteed to be an unmissable Midlands event.

Or visit the Gate To Southwell website for more details on festival events – www.gtsf.uk