From Wandering Troubador to Scottish Laird 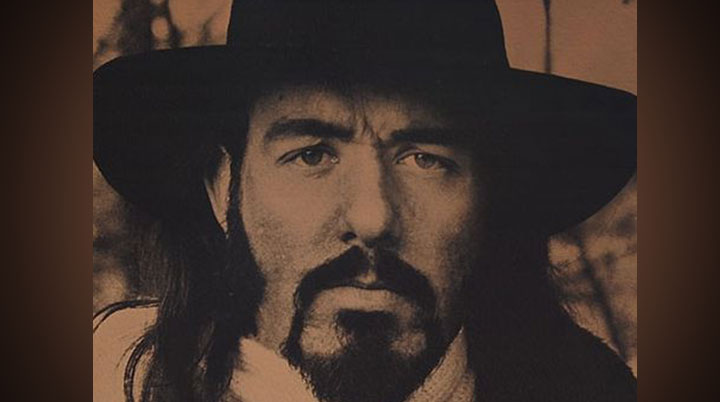 Born in Massechusetts in 1945, Marc Ellington lived an unusual life; to say he was a colourful character would not be an exaggeration. The early 1960s saw him as a fully paid up member of the American folk boom, singing with The Highwaymen in Oregon. By the middle of the decade though as the folk boom wound down and Vietnam War draft threatened he flew over the Atlantic in time to land smack in the middle of the British folk revival. In 1967 he was married and an enthusiastic singer songwriter with prospects.

Gigs brought him into contact with the extended court of Fairport Convention and soon they’d roped him into providing backing vocals on ‘Million Dollar Bash,’ from ‘Unhalfbricking,’ as well as Matthews Southern Comfort’s debut. Ellington’s rootsy vocal suited American folk and when his own albums came to be issued they often straddled British and American sources.

Recording a debut for Philips, his real masterpiece was ‘Reins/Rains of Change,’ issued in 1971 by the happening B&C label. Replete with Fairports, Fotheringays, Southern Comforts and a trio of visiting Burrito Brothers, (Hillman, Kleinow and Roberts,) the easy going country folk rock mix has gone on to become a collector’s item. Expect to pay a hefty price for any of his records. ‘Marc Time,’ from 1975 for Transatlantic offshoot Xtra was his last, the soupy roots found within was still decorated with the likes of Richard & Linda Thompson, Jerry Donahue, Simon Nicol and Dave Mattacks, it was in fact a British issue of an earlier Dutch album ‘Border Skipping.’

However when he laid down his guitar, life just got stranger for Ellington as he concentrated on restoring his castle, Towie Barclay, which was located in Aberdeenshire. This brought with it the title of Laird and he fell into the role working with establishment figures such as the Prince Of Wales and organisations like Historic Scotland and Scottish Galleries. He never quite escaped his music background however, there is a great story that on a  family holiday his daughters were puzzled by the singalong their dad was having with a thin man who had odd eyes and pale skin. It’s not every family that gets a visit from David Bowie! 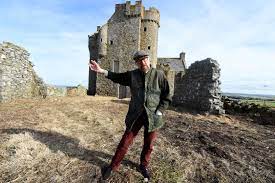 This way to the garden and tearooms. Mr. Ellington and castle.

Perhaps fittingly, the last time Marc played was at Richard Thompson’s 70th birthday in 2019, no lesser venue than The Albert Hall. He was also a visitor when commitments allowed to that cradle of folk rock Cropredy where friendships were renewed and the past celebrated. He passed away in February aged 75, surely the only American troubadour ever to join Scottish aristocracy!

Marc Ellington’s albums have been reissued by Talking Elephant. talkingelephant.co.uk