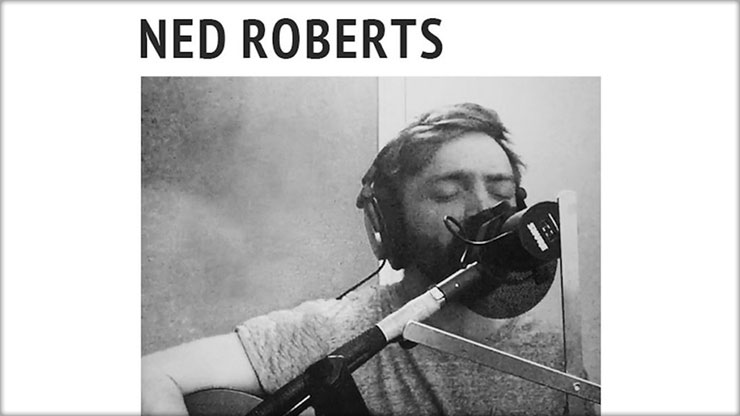 This release is a collection of out takes from London Ned Roberts’ first three albums and acts as a primer to those unfamiliar with his work. Vocally, Roberts evokes shades of James Taylor in his gentle melodic style. Opener “Ring Of Stones” is an autumnal love song that starts with an acapella intro before a mellifluous gentle tale that it’s “not the time for turning home”. “Held On As Long As We Could” which follows is a short two minute Taylor-esque lament. Harmonica adds a bit more pace and musical variety on the Celtic-toned “Dark Brown Eyes”.

Although the album is very much a stripped back affair – deliberately – the extra pedal steel and greater use of vocal reverb on “Slower Than The Sea” emphasises the melancholy melody beautifully – a standout track. In a similar vein, the cello on “Bound To Fall” adds just enough musical context as a counterpoint to vocal and guitar and “I Was Bound To Fall For You” – something that the listener may be thinking of Mr. Roberts’ music at this juncture. “Down In Lines” and “Wrong Side Of You” return to finger-picked guitar tales of love that’s not quite right.

“Old Folk Song” is the traditional “Wild Mountain Thyme” in everything but lyric – and that’s one way that folk music develops – Roberts brings new viewpoints and spirited playing to the familiar melody and it gives the (old) folk song new life – a brave, but successful move. The final two tracks are reflective in subject matter – “The Drinker”, with fuller instrumentation of pedal steel and piano draws a tale of a girl in a bar, whereas final track “The Songbird”, played live almost edges (guitar wise) into Johnny Marr territory where “I remember how we sang, and we danced; The night held its head in its hands”. It’s another musical twist to Roberts’ repertoire and these more than sketches, satisfying in themselves, will have you heading to search out his back catalogue and future releases

Out on Bandcamp and the other streaming platforms.