From Granmaw and Me – Hedy West 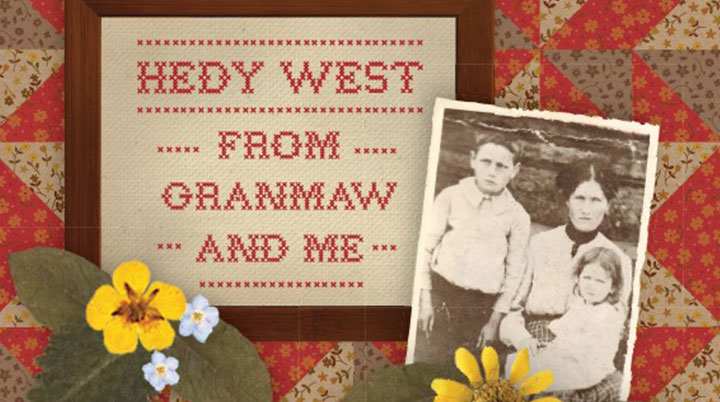 The world of folk music has always drawn from its own roots and social history in a way that enriches the whole music scene. However, it takes the hard work and knowledge of many to achieve this richness. At the forefront of this activity in the UK for many years has been Fledg’ling Records, releasing material that has been unavailable for some time or, indeed, newly recorded music.

Hot off the presses, one of their new releases is a project of the late Hedy West who was described by A.L. Lloyd as “among the best women singers of the American folksong revival. That “among” is a pretence of objectivity; my private view is that she’s by far the best of the lot.” Martin Simpson has also been known to talk about enjoying and learning from her performances when she played the folk clubs in the UK. Towards the end of her life, Hedy herself was working on a collection of songs that she learnt from her grandmother in what became her final project. Now, this has been tidied up with a superb production job and released as the reflectively titled ‘From Granmaw and Me’. 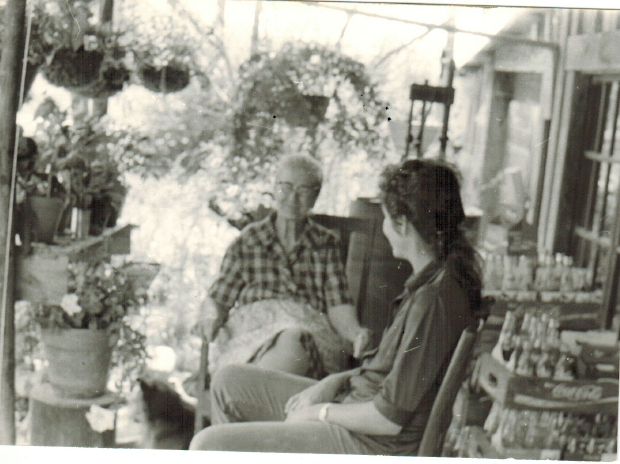 Drawing upon songs that came from the emigrants crossing the Atlantic to the USA between the 17th and 19th century, the album gathers together eleven tracks that have been passed across generations of her family. Sometimes, the song tracks are accompanied by an introduction from Lillie Etta Mulkey West herself and, naturally, there is an old timey feel for what is a selection of songs from Granmaw. To help the listener, the carefully put together booklet that comes with the CD contains commentary that explains the significance of these songs.

Musically, Hedy leads with her immaculate banjo and guitar playing alongside her vocal though she’s occasionally joined by other contributors providing fiddle, guitar and vocal. Some tracks, like ‘Frog Went Courting’, may be familiar to fans of American folksong but, mainly, it provides a delightful record of the West family favourites of lesser known material. It’s a record that puts you in the room with Hedy and Grandma – put a pot of coffee on, listen and enjoy a trip with them across musical history.