Freedom To Roam – The Rhythms of Migration Spring Tour 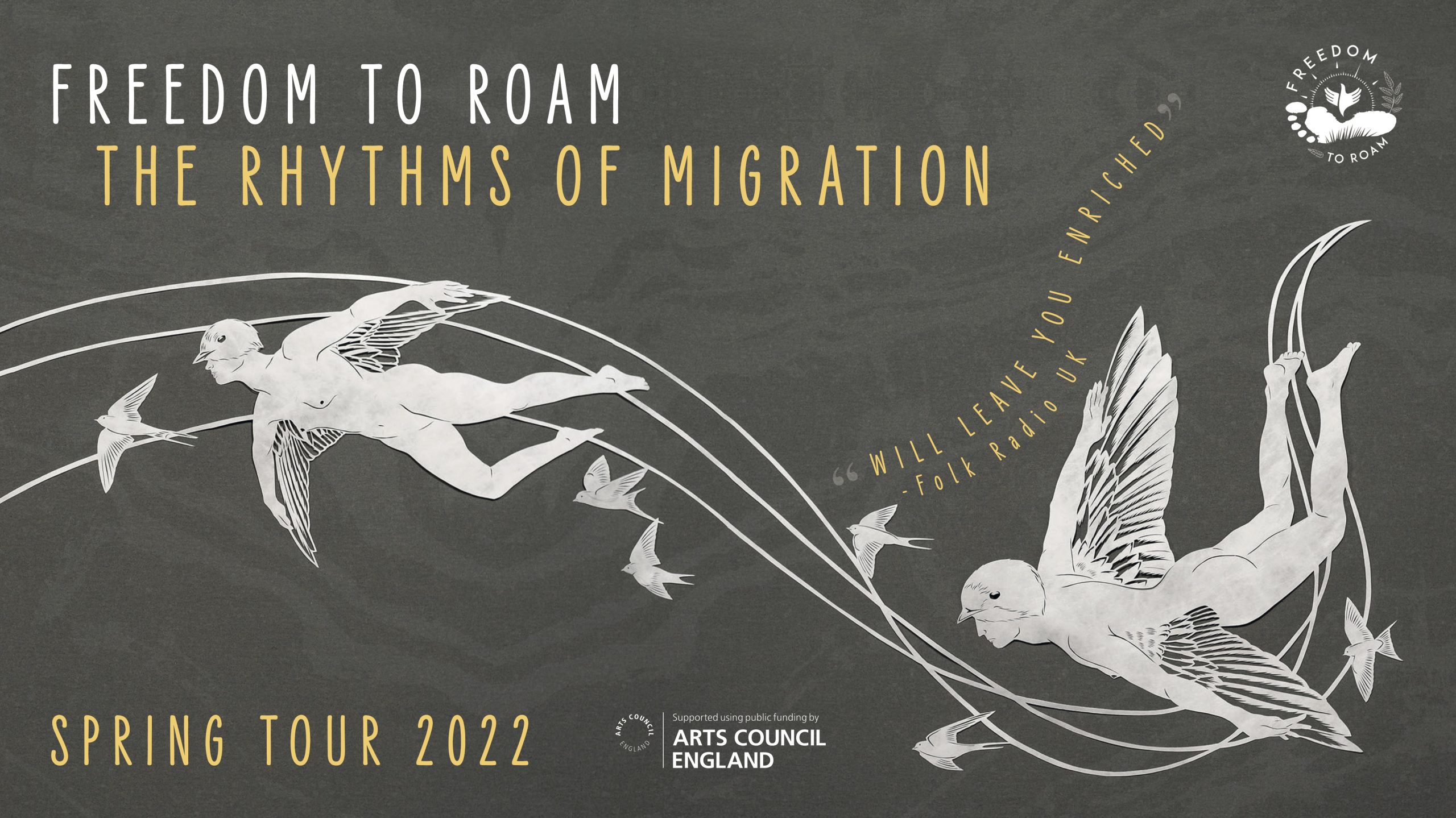 Eliza Marshall’s Freedom to Roam is a humanitarian and environmental project inspired by a desire for universal compassion and respect for nature. The project traverses themes such as climate change, conflict, environmental destruction, rewilding, restriction, empathy and what it means to be displaced without choice.

A musician who has travelled the world – working with Peter Gabriel, Sir Paul McCartney, The Divine Comedy and sarod guru Amjad Ali Khan, Eliza has a love for crossing musical boundaries. An ambassador for Global Music Match, she is passionate about cross-cultural creativity and initiated Freedom To Roam during a visit to Coll, the inner Hebridean island, in 2018. As the project gained support from musicians such as Catrin Finch, Kuljit Bhamra, Jackie Shave, Dónal Rogers and others, it gained momentum after a hugely successful Kickstarter campaign and a partnership with The Born Free Foundation.

Each facet of the project (album, documentary and live concerts) has been crafted with world-class creatives and forms part of a journey through universal responses to our own and the planet’s most pressing needs. An ever-evolving initiative, Freedom To Roam aims to simultaneously ask deep questions about our humanity, our connection to nature and how best to respond positively to our current crises.

Each live performance begins with a screening of a documentary ‘Connected’ made by multi-award-winning director Nicholas Jones (A Greenlander, You Are Here) and co-produced with Eliza. Beautifully shot and sensitively narrated, the film features Born Free founders Virginia McKenna and Will Travers, Alex McKenzie from the Lost Woods rewilding project, as well as suicide-survivor turned natural-wellbeing-advocate Nick Hayes.

The tour kicks off on 22nd February, taking in prestigious venues in Bury St Edmunds, Aberystwyth, Manchester and Leeds before ending in Bristol on 2nd March. Traversing important themes such as climate change, conflict, displacement, and the erosion of natural habitats, Freedom To Roam will leave audiences inspired by a wave of positivity and empowered to make a difference.

Eliza said: “Freedom To Roam approaches the interconnected challenges of climate change, environmental destruction and human displacement within the context of our needs for freedom, empathy and hopefulness. It’s the starting point to an all-encompassing project that aims to change our understanding of nature, wildness and our pivotal role in the future of life on this planet.”

“Imagine a world where everybody followed their heart and did the thing they felt most passionate about; made a positive contribution that helped and inspired other people… that’s the world I want to live in.”  Alan Watson (final words in the documentary)

Virginia McKenna described the album as “an important and thought-provoking journey with some of the world’s top musicians”. 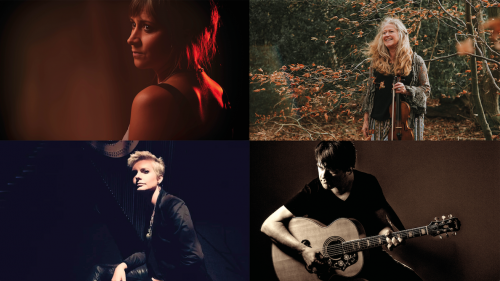 Tickets for this Arts Council backed tour are available from the Freedom To Roam website freedomtoroam.earth/tour

‘Full of exciting potential/beautiful’ – The Guardian.