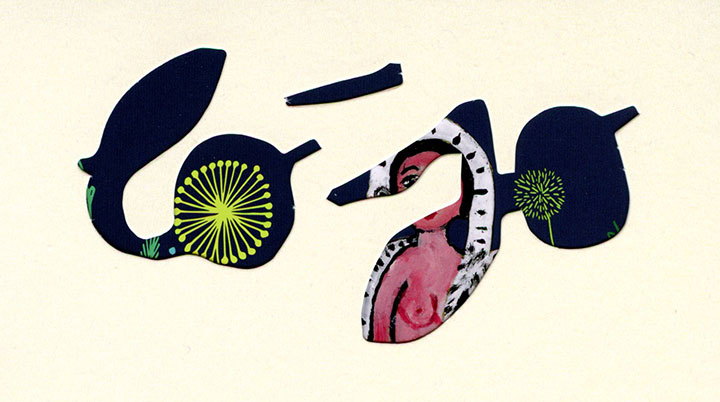 The 1980’s saw the emergence of what became described as ‘world music’ and ignited debate about whether this was just folk music from different countries. Thirty or so years on, the term seems less useful with the blurring of genres occurring everywhere we turn our ears whether that’s the mixing of instruments like the Welsh harp with the African kora or rap sweeping across popular music in various countries. Throughout this period, Denis Péan has led Lo’Jo from its French roots to crash through musical boundaries such as introducing the sounds of North Africa or inviting Robert Wyatt to scat sing on one of their albums. It’s a ‘no holds barred’ philosophy to creating music that has served Lo’Jo well over the years.

Given all that, you’ll not be surprised that their latest release, ‘Fonetiq Flowers’, heads off in yet more directions. The title track floats in with a keyboard rhythm that owes as much to the electronics of Kraftwerk as it does any traditional music. The Algerian sisters Nadia and Yamina Nid el Mourid are found adding their smooth vocals in a contrast to Denis Péan’s rough spoken word in a similar way to Leonard Cohen’s later work with backup singers. It’s an approach that you’ll find peppers the tracks on this new record.

The core band of five members is supplemented by around three times as many contributors who may simply add vocals or bring instrumentation to the party such as pandori (a three stringed Georgian instrument), oud (a Mediterranean and Middle Eastern lute), gayageum (a zither like, Korean instrument). Put this alongside the harmonium, mellotron and all manner of keyboard and you’ll get the picture that this is a rich and sophisticated music.

The rhythms at work on the record come from around the world whether it’s the Arabic meets jazz feel of ‘Stranjer than Stranjer’ or the West African flavour of ‘Noisy Flowers’. This latter track has a rap in English and it would have helped to have an English translation of the other tracks as Péan’s lyrics remain as mysterious as ever. Otherwise, it is a beautifully packaged CD (if that’s your format penchant) and one that warrants repeated exploration of its music.