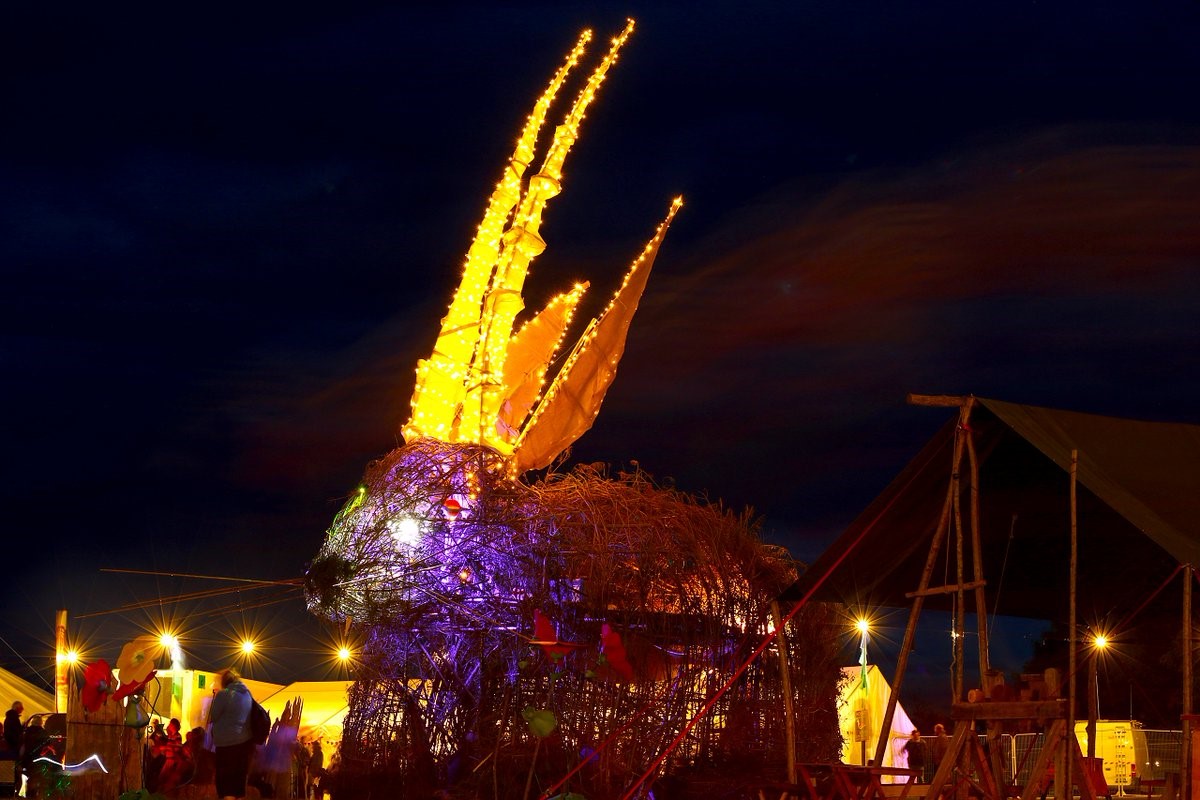 It’s ‘lucky seven’ time for East Anglia’s unique, fast-rising FolkEast – England’s most easterly folk music festival. Not only is it the seventh year the event has been held in the glorious grounds of Suffolk’s 16th century Glemham Hall but this year it will offer diverse performances on no less than seven stages.

The 2019 festival will be staged between August 16-18 and has all the promise of being the best yet with an enviable line-up of artists from England, Scotland, Ireland, Wales, Poland, Canada and USA.

“FolkEast feels more like a very English village fete than a festival, with the good humour and unpretentiousness of its patrons The Young’uns, the guiding vibe”  **** THE GUARDIAN

Acts already announced include formidable folk legend Richard Thompson – a revered singer songwriter and jaw dropping guitarist– who takes to the main Sunset stage as Sunday night headliner. A co-founder of trailblazing folk rockers Fairport Convention, Thompson has carved himself a high class career bringing iconic international status, with anthemic songs like Persuasion, Beeswing and 1952 Vincent Black Lightning becoming classics.  Named as one of Rolling Stone Magazine’s “100 Greatest Guitarists of All Time” he has been honoured with Lifetime Achievement Awards on both sides of the Atlantic – from the Americana Music Association in Nashville, and the BBC Radio 2 Folk Awards – as well as garnering an OBE (personally bestowed upon him by the Queen at Buckingham Palace) 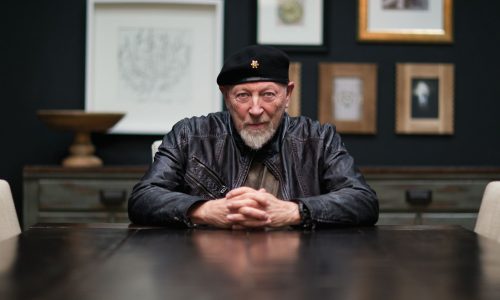 FolkEast will also field some of folk’s finest female artists – opening night headliner will be the brilliantly inspired Scottish singer songwriter and hot property Karine Polwart performing with her Trio (Stephen Polwart and Inge Thomson).  Karine (2018 BBC Radio 2 Folk Awards Folk Singer of the Year) is on a roll having released two hugely successful albums in quick succession – A Pocket of Wind Resistance and Laws of Motion and also migrated into the acting world including a role in Radio 4’s drama A Faraway Back of Beyond Place, a two hander with Bill Paterson. A songwriter with heart and soul, Stirlingshire-born Karine is a wonderful wordsmith and captivating performer sure to get the festival off to a grand start. 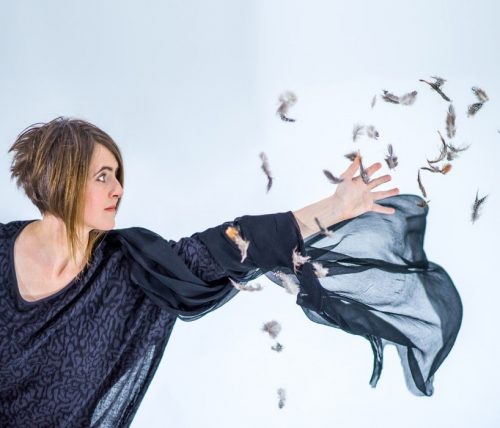 Also from Ireland, the mighty Sharon Shannon Band will be heading to Suffolk. 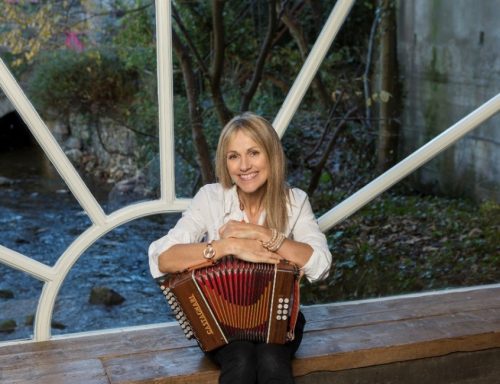 Born in County Clare, Sharon is a show stopping accordionist whose career is soaked in the Irish tradition but takes so many more influences on board.

Sharon has played for Presidents Clinton and Obama in The White House, received a Lifetime Achievement Meteor award in 2009, and was honoured for ‘outstanding contributions in music’ at the Irish Books, Arts and Music (IBAM) awards in Chicago to say nothing of her 1991 self-titled debut CD being the best-selling album ever of instrumental traditional Irish music.

Keeping up the Celtic connection, the line-up will be enhanced by Scots-Irish trio Ross Ainslie (Scottish bagpipes, whistles), Jarlath Henderson (uilleann pipes, whistles) and Perthshire’s Ali Hutton whose combined talents create a sound that pushes the boundaries of what Scottish and Irish instruments normally achieve. Dubbed “the new stars of Celtic music,” they’ve crafted music that bursts with fresh energy . 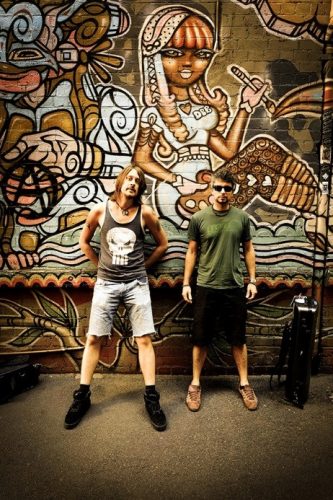 FolkEast is also thrilled to announce that the eloquent and exquisite English singer-songwriter/guitarist John Smith will join the 2019 line up.Born in Essex, raised by the Devon seaside, and kicking off in the bars and clubs of Liverpool, John has released six albums including his most recent Hummingbird, with over 10 million Spotify streams. His distinctive, gravelly voice has been heard by audiences all over the world in living rooms, festival tents and sold-out concert halls. Steeped in the lineage of British folk, taking his cue from Richard Thompson and John Martyn, Smith has evolved a transatlantic blend of fingerstyle and slide guitar techniques and a repertoire of up close, no hiding place songs of life and love. He has opened for folk greats including John Martyn, Davy Graham and John Renbourn, who called Smith “the future of folk music”. 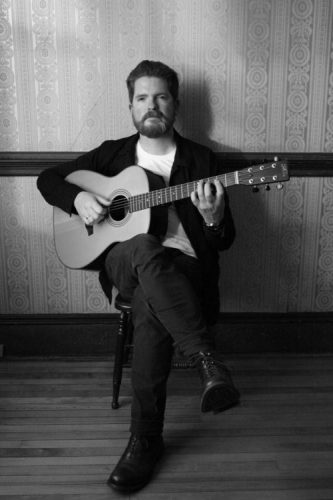 Flying the flag for Wales will be the effervescent five-piece revivalist traditional band Calan, who sing in both Welsh and English.The band formed in early 2006 when its members ages ranged from just 13 to 22. In 2008, they created great excitement at the Inter Celtic Festival, becoming the only Welsh band to win the coveted international folk band award. They also won best group at the Festival Interceltique de Lorient, Brittany. Playing accordion, harp, guitar, fiddle and Welsh bagpipes, they also have their own champion step dancer. 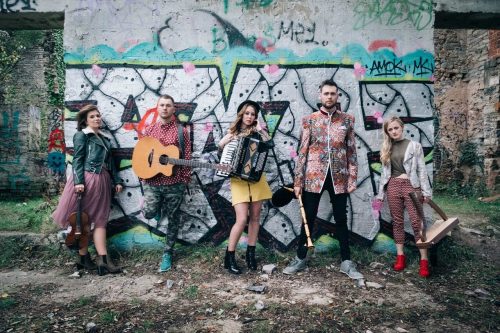 One of the most singular events on the UK festival calendar, FolkEast was launched six years ago by husband and wife John and Becky Marshall-Potter.

Rekindling the ancient Eastfolk moots on the Glemham Hall estate where for three days a year the folk from the East would meet kith and kin at harvest time for “a bit of a do”, this gathering has Suffolk running through it like letters in a stick of rock – from its locally sourced fare to its suppliers, arts and crafts.

The festival, with its ever present mythical emblem The Jackalope, offers a refreshingly different line-up across its seven stages (including the ‘Sanctuary’ stage at St Andrew’s Church, the open air Sunset Stage and the hidden woodland solar-powered Soapbox Stage), with two authentic ‘village’ pubs serving competitively-priced ales (including Suffolk-based Green Jack Brewery’s festival ale Green Jackalope) plus possibly the smallest pub in the UK, the 6 x 4’ Halfway Inn.

On board again this year as a media partner will be BBC Radio Suffolk.  www.bbc.co.uk/programmes/p045t61l

Weekend tickets are available price £120 (adult), £108 (full time students, 65+ ) and £80 for Youth tickets (12-17 year old) which must be purchased with an adult ticket. Family weekend tickets for two adults and two 12-17 year olds are £365. A great offer sees free admission for children aged 11 and under; camping under canvas is £20 and camping on wheels £30. More information: info@folkeast.co.uk

Located close to the A12, the festival will also be running shuttle buses to the site from Wickham Market station.