FolkEast 2017: A tale of fish, chips, onion ‘road kill’ and Pop Up Pirates 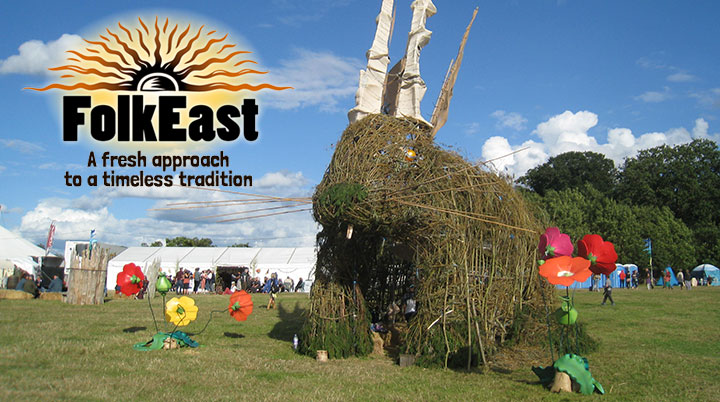 From the above headline, you’re probably wondering whether FolkEast involves any music at all. However, the admiring comments from musicians before, during and after the event support the view that FolkEast is muscling its way through the crowds to become one of the most enjoyable folk music festivals of the summer.

Arriving onto the grounds of Glemham Hall is as pleasant as you’d expect from this Elizabethan stately home with its large acreage of Suffolk park land. Straight off the A12 and parked up nice and easy on the site of FolkEast, we were headed down to the Moot Hall stage to see Michael Chapman whose ‘Fully Qualified Survivor’ album of 1970 established him as a fine songwriter and guitarist. It was a set that reminded you of not only the quality of his guitarwork but just why he’s attracted a younger following that has had the likes of Lucinda Williams and Hiss Golden Messenger record his songs.

Talking of younger acts, our next stop was over at the open air Sunset stage where The Willows paraded their relatively new fiddle player, Katriona Gilmore, who some will know for her work with Jamie Roberts. Their set and the one that followed back at the Moot Hall stage with India Electric Co amply demonstrated that the festival programming lower down the bill maintains a high quality to the music. India Electric Co having sufficiently impressed Midge Ure for him to have employed them as both backing band and support on recent live dates.

As you might have gathered from the above, stage times at FolkEast are staggered to allow you to move between those two main stages without missing an act. So, it was back to Moot Hall for a rip-roaring set by the festival patrons, The Young’uns, who are gaining in popularity as fast as their wit flows around the political edge of their songs. Then, there was still time to pop over to the open air stage to catch Jon Boden revealing some of the songs from his first solo album since the break up of Bellowhead. These new songs compared well to the Bellowhead favourites that he scattered through the set before we went to rest our heads for the first night.

Elsewhere on the site, there are other stages geared to an audience’s particular needs whether that’s more of a folk club singalong, a more intimate musical setting than the larger stages, an area for morris dancing or, the ever popular dance tent. The site is also blessed with a wide range of stalls offering all manner of food, drink, musical instruments and other delights – the opportunity to forge metal being one of the more intriguing experiences on offer this year.

Though we’d seen The Young’uns on the previous day, it was hard to resist a return to see them record their podcast. The delightfully barmy David Eagle acted as our guide in this though I use the term ‘guide’ loosely as it’s more of a chaotic ramble. Of course, there was some live music performed by guests such as Dan Walsh but it was the fun and frivolity in between that brought the house down. Pete Flood thought he’d escaped the madness when Bellowhead’s touring stopped but he was dragged into what has become an annual feature, ‘The Herbal Tea of The Week’ – yes, you read that correctly. Wearing his botanist hat, Flood was sent off to gather herbs while the rest of the cast including Dan Walsh, Will Pound, Eddy Jay and John Spiers amused themselves playing ‘Pop Up Pirates’, ‘Phone a Folkie Friend’ and guessing people’s ages. The vision of David Eagle moulding clay on a potter’s wheel is not one that leaves the memory easily. Nevertheless, it didn’t stop him declaring that Pete Flood’s mix of herbs made an excellent tea – despite the onion ‘road kill’ used in it.

The rest of the day divided nicely into performances from the more traditional end of folk music on the Moot Hall stage with great sets from Martin Carthy and John Kirkpatrick, Martin Simpson featuring his new album, and Fay Hield with her stellar band. Whilst, outdoors, Luke Jackson delivered a set that demonstrated a maturing artist despite his youthfulness. He was followed by Lau whose folk meets jazz meets dance sound has some fooled but others drooling at its inventiveness. The wizard of electronics in the band, Martin Green, has instruments that can be barely described except to say that his current ‘tall ships’ set up looks like he’s sailing the band into a winning finish. Closing the day were Sam Kelly and The Lost Boys who have steadily climbed the bill at FolkEast in recent years as much as they have attracted increased attention elsewhere. It’s easy to see why as their music blends traditional folk with a more solid rock sound that offers a wide appeal.

As this was our second visit to FolkEast, we were well aware of the charms of its location and the surrounding area. So, on the final day, lunchtime fish and chips in Aldeburgh had to be factored into our programme as its seaside location makes this a delightful spot. Little did we know that we’d be serenaded back onto the festival site by Team BGee – thanks for ‘Stayin’ Alive’, guys. Yes, this is part of the travelling entertainment at the festival which helps light up the moment or pass the time between acts. 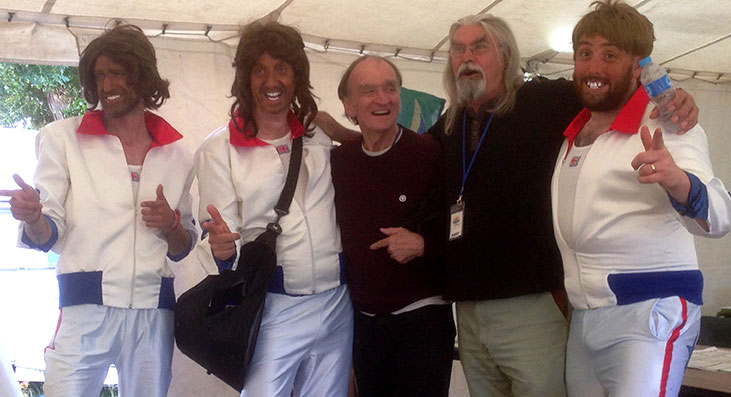 We were back in time from this Bee Gees distraction to catch Martin Carthy doing a solo spot which featured many familiar songs such as ‘Sir Patrick Spens’. At 76 years of age, you might anticipate occasional musical lapses but these were few and far between in a performance that was noticeable for its affection between artist and audience. An excellent set that will linger in the mind for many a year.

Following this came Peter Knight and John Spiers who’d been thrown together at FolkEast in 2016 and ‘some of it stuck’. Theirs was a magical performance and it’s no surprise that there’s an album and tour due in 2018. Later, Simpson Cutting and Kerr arrived fresh from a car park rehearsal to remind us that great musicians just fall in with each other’s playing despite this line-up not having played together for around a year. While their set was delayed due to slippage in time on the outdoor stage, all this was forgotten as they hit their stride. The blissed-out smile of enjoyment on Andy Cutting’s face not only summed up their performance but the mood of the festival.