Folk rebels Mawkin embark on short run of gigs, to showcase their new album ‘Down Among the Dead Men’ 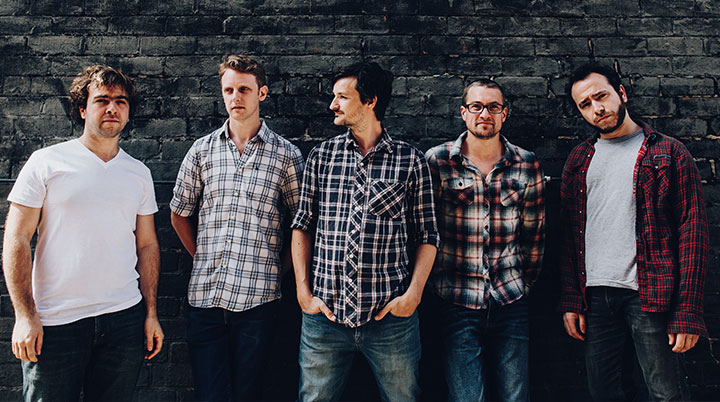 Folk rebels Mawkin will be embarking on a short run of gigs this February that will showcase their brand new album ‘Down Among the Dead Men’ and offer fans the a unique opportunity to buy a copy on the road months before its official release on the 5th of October 2018 . They’ll kick things off at Roots Music Club in Doncaster, before heading off to The Courtyard, Hereford then over to The Cut, Halesworth before finishing up at The Ropewalk in Barton-upon-Humber.

‘Down Among the Dead Men’ follows Mawkin’s critically acclaimed album ‘The Ties That Bind’. Widely regarded as an explosive return to form, the album lead them onto supporting Bellowhead on their final farewell tour in 2016 playing to over 40,000 people in 20 days, this latest release is a continuation of that live, edgy sound. The recording of their new album ‘Down Among the Dead Men’ has been made possible by utilising their loyal and dedicated fanbase and through PledgeMusic, the Essex based quintet have offered exclusive offers direct from the band including home made craft ale, signed lyric sheets, walking trips and handmade felt scarecrows to raise funds for the album. The record will also be available digitally, on CD and as part of a limited edition package on Vinyl.

Hear a track from their latest here:

(Have to admit to tapping my feet as I listened to that ?!)

The band’s line-up is:

And you can tap your feet along to them live here:

‘A Gutsy re-working of Traditional Songs’ – The Guardian