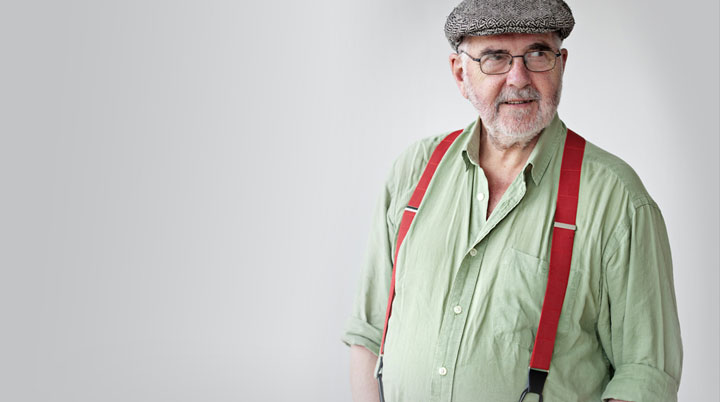 Legendary folk singer Roy Bailey is to play a benefit concert for the homeless at a north west venue this summer.

The 82 year old performer and social campaigner will sing at St George’s Church, Kendal in Cumbria on Saturday 14 July to raise funds for the town’s winter shelter scheme.

Each winter for three months, a group of local churches open their doors to the homeless in a scheme administered by the charity, Manna House.  The scheme also features a residential trip over Christmas itself.Based in Kendal, Manna House provides a community of support to meet the physical, social and emotional needs of people who are homeless or vulnerably housed in South Lakeland. There’s a daytime drop-in centre offering company, food and advice, and a network of support, practical assistance and learning opportunities.

Sheffield-based Bailey rarely travels across the Pennines these days. One of the UK folk and acoustic scene’s most loved and admired performers for more than 50 years, he has sung and played on stages, TV and radio across the world. He was awarded an MBE for services to folk music in 2000, but later returned the award in protest at Government foreign policy.  From his early days performing skiffle in student union bars, to his love of traditional songs and the stories they tell, he has developed a unique repertoire of songs of dissent and hope. In 1990 Roy joined forces with the politician Tony Benn to present their show ‘The Writing on the Wall’ for which the duo won Best Live Act at BBC Radio 2 Folk Awards.

A dedicated social conscience has underpinned all his work and he remains committed to his lifelong principles of equality, liberty, justice and internationalism. Bailey has worked with many different people throughout his career and can count many well respected people, from all walks of life, among his enthusiastic supporters.

Tony Benn called him “the greatest socialist folk singer of his generation” and he is admired by leading performers such as Billy Bragg, Martin Carthy and Mike Harding.

“as powerful as anything I’d heard by The Clash, it was Roy’s voice, the strength of it and the compassion in it.”Billy Bragg

He contributed vocals to Chumbawamba’s 2008 album The Boy Bands Have Won, and joined the band on stage on their farewell Leeds show in October 2012. In 2016, Roy released his first live album, Live At Towersey, which was recorded in secret at the leading folk festival and featured songs written by Si Kahn, Bob Dylan, Tom Waits, John Tams, Robb Johnson and others.

Manna House winter shelter co-ordinator Lois Sparling said: “We are thrilled that Roy Bailey has agreed to come and perform in Kendal. Roy is as compelling, entertaining, thought provoking and moving as ever. As well as being an acclaimed folk artist, he’s also committed to fighting social injustice, and we hope this concert will bring the work of Manna House and the Winter Shelter to a wider audience.

“Homelessness is a complex and growing problem, and it’s one we must all face.”

Tickets for the concert at St George’s Church, Kendal on Saturday 14 July are £12 and available now from: