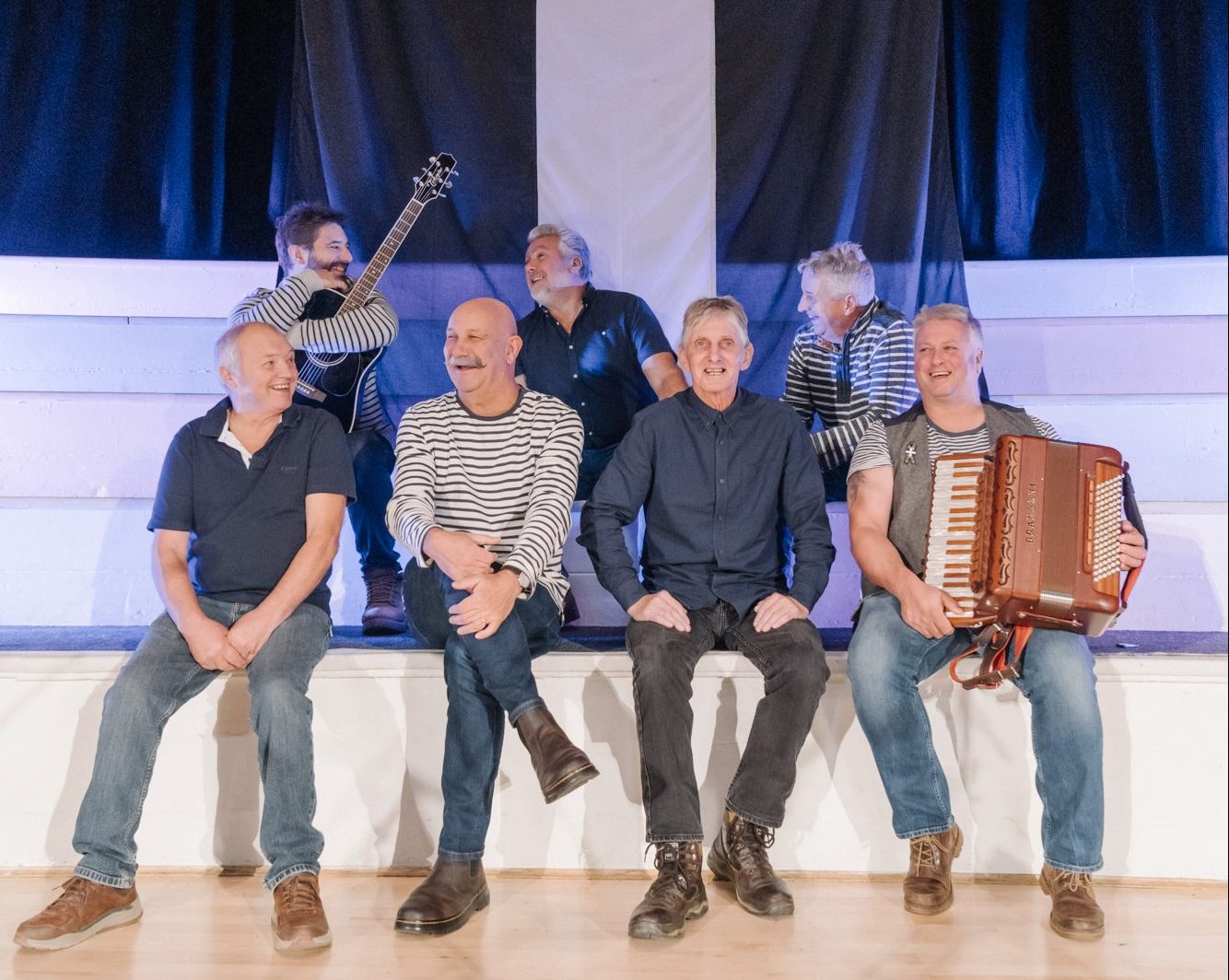 They have nine albums to their name, two feature films, a stage musical, a book, a TV documentary, they’ve played for royalty and to tens of thousands of fans in sell-out tours year in year out…

No, it’s not The Beatles, it’s not Slade, Take That or One Direction … it’s The Fisherman’s Friends!

Britain’s oldest boy band, combined age 401 (and three-quarters) have announced a string of dates for 2022/2023. General sale Friday 4th March 10am via www.gigsandtours.com

“We can’t wait to get out and about and sing live for our supper again – we love it,” says extravagantly moustachioed founding member and bass man Jon Cleave.

A decade ago, The Fisherman’s Friends were persuaded to sign a million-pound record deal that saw their album Port Isaac’s Fisherman’s Friends go Gold as they became the first ever traditional folk act to land a UK top ten album.  And thanks to the small film with a big heart that shares their name, the story of the original Cornish ‘buoy band’ is known around the world – bound by shared experience, for more than 30 years they have gathered on the Platt on the harbour in their native Port Isaac to sing the songs of the sea, songs that in some cases have been down for hundreds of years, songs that connect them to generations of Cornish fishermen that have come before them.

The film’s sequel Fisherman’s Friends 2 is released this June (2022). The story follows the group from the highs of starring on the Pyramid Stage at Glastonbury, through the lows of struggling to make a follow-up album.  James Purefoy, David Hayman, Maggie Steed and Dave Johns are among those returning from the first film, with Imelda May making her acting debut as singer Aubrey Flynn and a guest appearance from broadcaster Chris Evans.

Based on the first film, Fisherman’s Friends:The Musical Fisherman,  broke all box office records when it premiered at Hall For Cornwall last year. It is set to tour the nation’s theatres from 1st September 2022, opening in Plymouth, before visiting Birmingham, Cheltenham, Salford, Milton Keynes, Newcastle, Dublin, Cardiff, Bath and Leeds.