First names on the Cambridge Folk Festival 2020 line up revealed 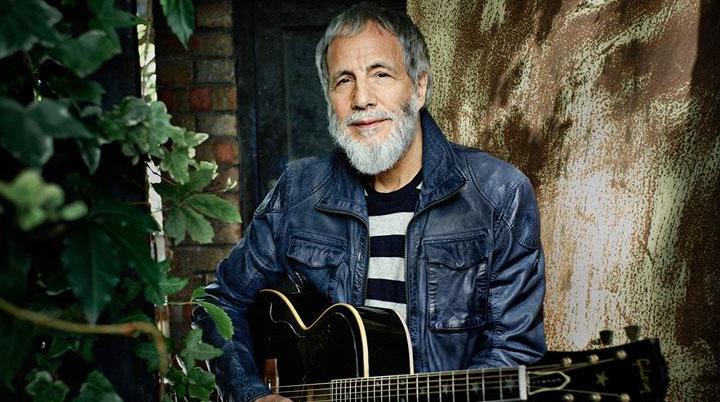 The first announcement of artists appearing at the Cambridge Folk festival 2020 have been announced; Cat Stevens, Suzanne Vega, Martha Wainwright, Show of Hands and Seasick Steve are amongst the list. here is the press release:

Cambridge Folk Festival is thrilled to announce the first artists for its 2020 line-up: Making his Cambridge debut in an exclusive English festival appearance, iconic singer-songwriter and humanitarian Yusuf / Cat Stevens. From his early career in the 1960s when his timeless blend of pop, folk and blues propelled him to the top of the charts, to his extensive humanitarian work and full return to music in the 2000s, Rock and Roll Hall of Fame and Songwriters Hall of Fame inductee Yusuf / Cat Stevens is a hugely influential figure whose appearance will be one of the most eagerly awaited in the Festival’s history.

Returning to headline in 2020, international chart-topper Passenger, who progressed from his 2011 debut on emerging talent stage The Den to headlining Stage 1 in 2015 – when he also drew record crowds with an impromptu busking session!  His number one single Let Her Go scooped an Ivor Novello Award and a Brit Award nomination for single of the year.

Appearing for the first time since 2010, Seasick Steve, who became an overnight success in his sixties for his unique take on blues, roots and country music. Renowned for his personalised instruments and explosive, rocking live performances, his headline set is guaranteed to bring the house down.

One of the finest and most prolific singer-songwriters of her generation, Suzanne Vega celebrates her catalogue of hits with a new live album this Spring, An Evening of New York Songs and Stories. Perfect timing then to take to the stage at Cherry Hinton Hall to perform ground-breaking songs such as Tom’s Diner, Luka, Marlene On The Wall, and many other gems from across her 35 year career.

Regarded as one of the leading forces in British folk, Show of Hands remain at the top of their game after more than two decades on the road. For the Festival, kings of the folk, roots and acoustic scene Steve Knightley and Phil Beer are joined by long-time collaborator Miranda Sykes and master percussionist Cormac Byrne, who together create a sound nothing short of magical.

Dublin four-piece Lankum have an alchemical ability to combine traditional folk roots with contemporary undercurrents to forge music that is dark, mysterious and transcendental. They have gained worldwide acclaim for their captivating, often euphoric live performances, showcasing their close vocal harmonies, instrumental interplay and dramatic storytelling.

With an undeniable voice and an arsenal of powerful songs Martha Wainwright, who will be joining the Festival for the weekend, is a beguiling performer and a refreshingly different force in music. Part of the famous Wainwright dynasty, Martha is the daughter of folk legends Loudon Wainwright III and Kate McGarrigle, and sister to Rufus Wainwright and Lucy Wainwright Roche with whom she has collaborated live and on record.

Malian singer-songwriter, actor and multiple Grammy Award nominee Fatoumata Diawara is hailed as one of the most vital standard-bearers of modern African music. Her sound is boldly experimental yet respectful of her roots and she carries its universal message to stages across the world.