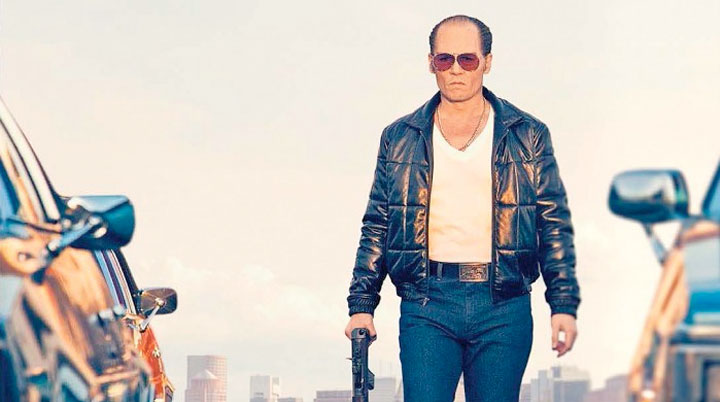 The first trailer and image of Johnny Depp in character as Whitey Bulger in the true crime movie Black Mass have been revealed. The film is written by Mark Mallouk and Jez Butterworth and directed by Scott Cooper. It is based on Black Mass: The True Story of an Unholy Alliance Between the FBI and the Irish Mob written by Dick Lehr and Gerard O’Neill. Along with Depp the film stars  Kevin Bacon, Benedict Cumberbatch, Joel Edgerton, Sienna Miller and Dakota Johnson.

Cumberbatch portrays Billy Bulger, Whitey Bulger’s law-abiding brother and a Massachusetts state senator. Joel Edgerton plays disgraced FBI agent John Connolly, who aided Bulger and was sentenced to 40 years in prison. Bulger himself was found guilty in 2014 on 31 counts for 11 murders, he was sentenced to two consecutive life terms plus five years for his crimes.

Black Mass is released in September 2015