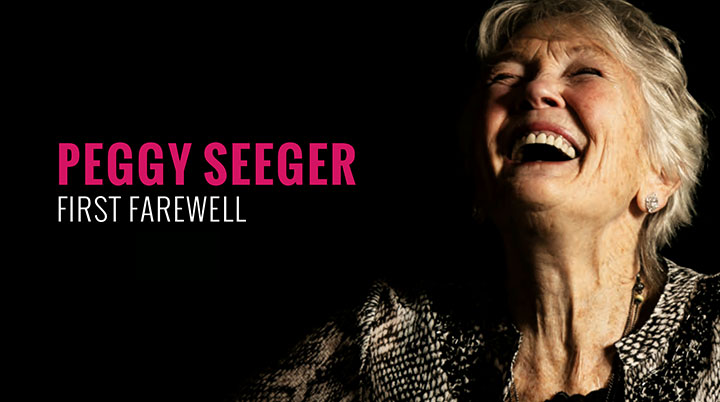 Anyone familiar with Peggy Seeger’s life will know that she’s an irrepressible tour de force of an artist. So, no surprises for fans when the album rumoured as her last arrives with a touch of irony in its title, ‘First Farewell’. It’s Seeger’s 24th solo album in a career that has continued with songwriting and performing into her 80’s. Straddling both sides of the Atlantic, her life in music has always been as a passionate influencer on people’s lives whether as social activist or in developing community. It’s her own family as community that separates this album from earlier recordings as ‘First Farewell’ is written and recorded solely with those close to her. 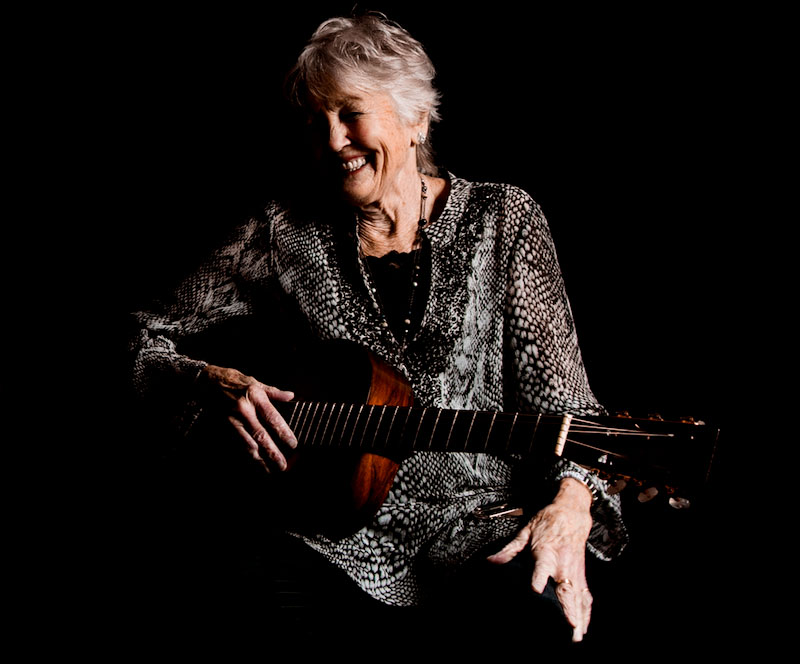 The familial team includes sons, Calum and Neill MacColl, along with the latter’s wife, Kate St.John. Even the management of the project was in the capable hands of Kerry Harvey-Piper, Calum MacColl’s wife. Whilst six of the eleven songs are credited solely to Peggy Seeger’s songwriting, the remainder are co-composed with individual members of the family. Musically, Seeger mainly accompanies herself on piano with a mix of family members joining her on most of the tracks. It’s a family affair, as Sly Stone would say.

Lyrically, the songs provide a typical Seeger mix of personal reflection and socio-political commentary. On ‘Lullabies For Strangers’, she visits the sad topic of children caught up in turmoil produced by their circumstances. ‘We Are Here’ finds Calum and Peggy duetting as they poke fun at spending too much time online at the expense of true personal communications. ‘How I Long For Peace’ looks at an oft visited topic by the Seeger family in an appeal that sadly rings as true as when brother Pete wrote ‘Where Have All The Flowers Gone?’ The closing track ‘Gotta Get Home By Midnight’ finds Seeger laughing at her own ageing process in a pastiche of the tale of Cinderella.

The intimacy created by the sparse production and family surroundings makes this a rather special record. The quality and variety of the music being up there with her finest work. Of course, some of the messages in the lyrics echo those of other socially aware songwriters. However, the lessons in those messages seem hard for us to learn and more farewells of this quality from Peggy Seeger would be welcomed.