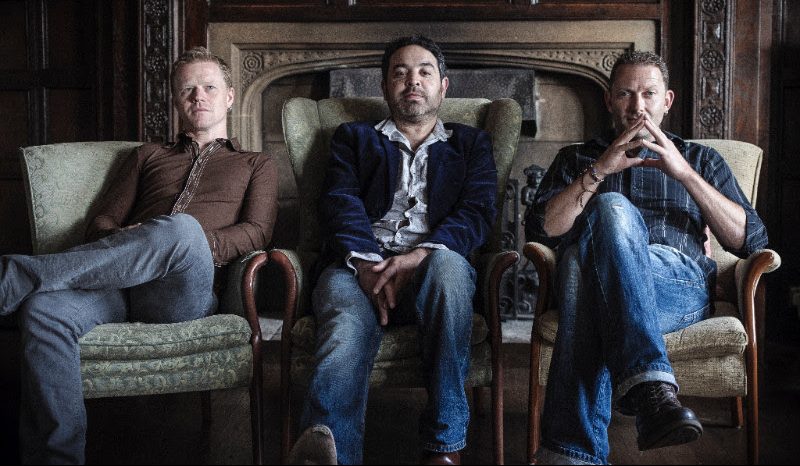 Faustus have announced their UK ‘Cotton Lords’ Tour, during which they will be presenting new tracks from the ongoing Cotton Famine Poetry project.

For the last few months Faustus (Paul Sartin, Benji Kirkpatrick & Saul Rose) have been sifting through publications and journals of the 19th Century Lancashire Cotton Famine period, as part of a project based at the University of Exeter to archive, preserve, and rehabilitate the poetry of this distressing chapter of working-class history. As featured on BBC Radio 4, they have set some of the texts to new music, soon to be released on CD. 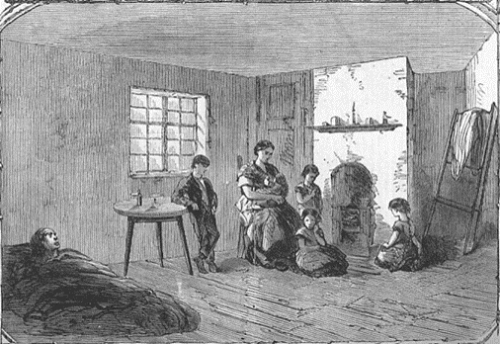 Edwin Waugh: Home-life of the Lancashire factory folk during the cotton famine.

The project makes freely available a database of poems written in response to the Lancashire Cotton Famine of 1861-65, along with commentary, audio recitations and musical performances drawing directly on these poems.

This poetic response is important in that it often represents labouring-class voices from the mid-nineteenth century, which, in spite of renewed academic interest in such material, remain underappreciated. The study of this material and its digital publication will significantly enrich literary scholarship and historical perspectives of this economic crisis, and provides the opportunity to draw public attention to an episode of history that is little known beyond the scholarly sphere. The project seeks to establish a much more detailed understanding of the nature of Lancashire Cotton Famine poetry: its extent, its intents, and its functions.

Between UK dates, Faustus will be making a maiden tour of  Denmark, and returning to Germany, as nominees for the Malzhaus Plauen Preise

Having played the National Folk Festival, Canberra, and UK folk festivals including Sidmouth and Towersey this year, 2019 sees touring in the UK, Germany, Austria and the Netherlands, and plans for new recordings.

If you can’t wait until then …

‘One of Britain’s outstanding folk bands.  The Guardian