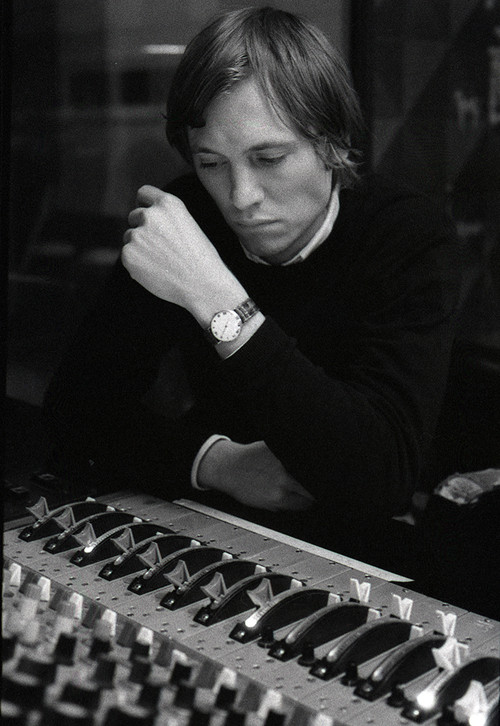 William ‘Sandy’ Roberton was in many ways an unacknowledged pioneer, Simon Jones remembers and tips his hat to his legacy.

Never given full credit for his work in the dawning days of the new genre folk rock, Sandy Roberton was nevertheless, there right in the mix alongside Joe Boyd when interested souls began to dabble mixing acoustic and electric, giving the traditional roots of these islands new voice, form and relevancy. His passing on July 25th robbed us of the chance to hear his story,  someone at the very centre of the whirlwind. A full account of his actions and experiences with artists as central as Steeleye Span, Tim Hart & Maddy Prior, Iain Matthews, Gay & Terry Woods, Andy Roberts, Shirley Collins & The Albion Country Band, John Martyn, Decameron, Plainsong, Spriguns, Shelagh McDonald, Keith Christmas… his credits read like a who’s who of  the Electric Muse.

His involvement with the genre wasn’t signalled by his previous background, in the 60s he’d been a pop singer then switched to the blues as the head of the British arm of Chess Records where he worked with the likes of Howlin’ Wolf, John Lee Hooker and Muddy Waters as well as British blues players. Ian A. Anderson for one who almost signed to Island Records before Jethro Tull’s frontman made Sandy switch his West Country strummer to United Artists. His next move kept him in the same slipstream when he founded Blue Horizon with Mike Vernon and his brother Richard, there he helping launch Fleetwood Mac, Chicken Shack and Christine Perfect (later McVie.)  Ever restless as a new decade beckoned he formed September Productions and began working with labels like B&C, Pegasus, Charisma and RCA. It was these contacts that nudged him into the nascent electric folk movement.

1969 saw him in the producer’s chair for Keith Christmas’s debut ‘Stimulus,’ – just recently reissued on vinyl – with backing from members of Mighty Baby and Matthew’s Southern Comfort on RCA. He’d also produced the Cousins sampler ’49 Greek Street,’ which recorded the best of the legendary Soho acoustic club musicians. But it was the arrival of Ashley Hutchings and Terry Woods in his office which nudged him in further. In need of management and a plan for their new band which still had uncertain membership in December 1969 when the pair came calling at  the September Productions office. Roberton liked what he heard of their ideas and ambitions and began beavering on their behalf straightaway. That band became Steeleye Span and in short order Sandy found them a record deal, equipment and a rehearsal space. He’d work with them until early 1972 when the band switched their loyalties to vociferous American Jo Lustig, it was a state of affairs Roberton never truly came to terms with. He guided and produced them through three albums, side projects,  a changing line up and three labels, ‘Please To See The King,’ from 1971 was the crowning achievement, Sandy’s production giving a glacial, mystic, other worldly atmosphere to the whole wonderful album. It remains a highpoint in Steeleye’s fifty plus year career.

Elsewhere beetling away within such a tight, compact musical bracket brought other artists and rewards to September Productions, amongst them the Scottish singer songwriter Shelagh McDonald – as close to the potential of Sandy Denny as you could get without being Sandy – for who he oversaw a pair of brilliant recordings, the pick of which by someway was ‘Stargazer,’ which came out on B&C and is now worth a small fortune to collectors. McDonald had a bad experience with drugs and virtually disappeared for nigh on forty years only emerging in 2013 before vanishing again into the Borders. Ashley Hutchings meanwhile married touchstone traditional singer Shirley Collins and wanted to broaden beyond the Celtic sources of Steeleye with her as a focus, the result was ‘No Roses,’ credited to Shirley and the amorphous umbrella of Fairport/Steeleye/folk scene sessioners The Albion Country Band. Today that too stands as the first obvious movement towards electrifying the specific English tradition. Others gifted with Roberton’s golden touch in this period Tim Hart & Maddy Prior’s trad excursion ‘Summer Solstice,’ Andy Roberts ‘ Nina & The Dream Tree,’ and Keith Christmas ‘Pygmy,’ which included prog rockers as well as folkies in the backing band.

Andy Roberts was one of the founders of acoustic folk/roots quartet Plainsong whose ‘In Search Of Amelia Earheart’ in 1973 began an enduring association with Iain Matthews an artist who Sandy would sign to his own label Rockburgh in the late 70s, Roberton produced the record going on to helm other Matthews sessions after Plainsong floundered. In 1975 he reconnected with Steeleye founders Gay And Terry Woods who were hidden deep in rural Ireland whilst being signed to Polydor for whom they had albums to cut, seizing the chance Sandy corralled them in with various Fairports to create ‘The Time Is Right,’ a gleeful celebration of Irish atmospheres and rustic intentions, gloriously misty and melodic, the record once more sealed an important continuing professional relationship. ” I always loved those albums I did with Gay and Terry Woods,” Roberton recalled much later, ” Terry to me was the Irish Neil Young.”  Decca approached him to produce sessions for Cambridge band Spriguns in 1976, whilst sometimes puzzled by his ideas the group went with whatever he suggested and in doing so between them shaped a legendary acid folk record. ‘Time Will Pass,’ deserves its status both as an album to own and to revere, it growls, thunders and charms, Roberton’s decision to bring in Robert Kirby to add string arrangements to the more ethereal tracks, particularly Mandy Morton’s ‘White Witch’ was a stroke of genius. Mandy posted her sadness on hearing of his passing on Facebook. 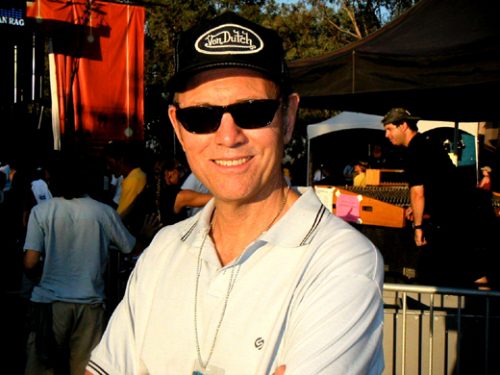 Would you let this guy produce a folk rock record? You should!

Establishing Rockburgh Records, initially as a reissue label, giving new life to albums he thought deserved better treatment saw him return the rare ‘The Woods Band,’ and Alan Taylor’s ‘American Album’ to music stores, inevitably though new product flowed from the label. Not always folk orientated ‘Hicks From The Sticks,’ was a regional new wave sampler, Wilko Johnson fresh from Dr. Feelgood  even issued a pub rock single for the imprint. Perhaps it was predictable that Iain Matthews and the Woods should however cut albums for a label which made them feel right at home. ‘Tenderhooks’ proved to be Gay And Terry’s last work as a duo, by turn it’s emotional, atmospheric then bright and breezy worth the price for Gay Woods bittersweet ‘The Reward,’ alone. Iain Matthews on the other hand was on a roll and ‘Stealin’ Home,’ decidedly smooth/FM friendly gave him huge exposure and a chart hit in the US with ‘ Shake It.’

Sandy had an intense few years running the label but dropped from production and records when John  Martyn phoned out of the blue in 1980 asking him to be his manager. What followed were two years which could only be described as a roller coaster ride as the wilder aspect of Martyn’s many darker habits began to emerge uncontrolled. Manager and artist clashed often, occasionally violently. As Roberton struggled to raise Martyn’s profile to a level he genuinely believed Martyn deserved so John seemed  to do all he could to undermine Sandy’s efforts. Yet despite all that Roberton did manage to deliver Martyn’s most successful album in commercial terms with ‘Well Kept Secret,’  a record he definitely rescued, Martyn having injured himself and mostly AWOL. They parted ways after an almighty ruckus on tour in the USA, yet when it came to contributing to ‘Some People Are Crazy’ a John Martyn biography in 2007 it was clear Sandy still respected Martyn’s music if not his attitude and work ethic.

By then however Roberton had relocated to America where he’d started World’s End Producer Management, working very successfully with some of the biggest producers in the recording industry. In 2006 he helped his daughter Niki found her own label Lamsound which released modern and alt rock such as Charlie XCX and Florence & The Machine.

What Sandy Roberton achieved in that decade when he immersed himself in making music with a positively British outlook, character and sound has never been fully acknowledged. If you ask me he deserves a book, at very least a compilation album for all his efforts. Yet on reflection such a record does exist. ‘Clogs’ was a mid 70s sampler issued with a god awful cover yet cool period poster and sleeve notes by Melody Maker scribe Karl Dallas, chock full of September Productions artists on the short lived Peg label, virtually 90% of the tracks were produced by Sandy Roberton. You could do no greater service to his memory than to locate a copy or its sister release ‘Rave On,’ which does a similar job. Listen and appreciate.