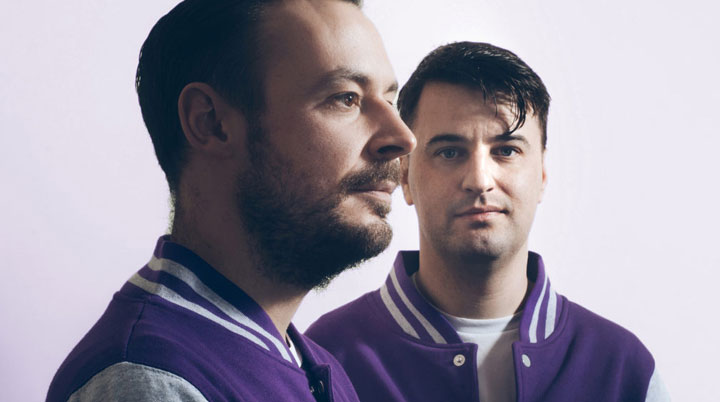 One night in 2013, BBC Folk Awards winning singer-guitarists Jim Moray and Sam Carter met for a drink at the hotel bar after a festival. Both well known for their solo work, and with a reputation for musical experimentation, the conversation quickly turned to the things they had grown up listening to – 90s guitar bands, electronica, post rock, traditional ballads and shape-note singing. By the end of the night they had formed a new band that would explore new kinds of folk-rock hybrids. Come the next summer they were headlining Suffolk’s Folk East festival and translating that initial rush of ideas into a joyful turn-it-up-loud thrash of folk songs you can jump to.

Based in the traditional music of Great Britain, but not constrained by it’s usual modes of performance, they have now transcended their original aim to make ‘folk rock for the 21st century’ to become one of England’s most startling and exciting acts. Their first album, Salvor, gained five star reviews, a BBC Radio 2 Folk Award nomination for best album, and copious airplay on BBC Radio 2, 6Music and beyond. Now they return with Harmonograph, an even more ambitious and charged set of traditional songs that make cover everything from European relations (Babylon, Drink Old England Dry), through the migrant crisis (Far In Distant Lands) to short stories in song form (Captain Kidd, The Serving Man Become A Queen, William Glenn).

The duo have a run of UK dates coming up: