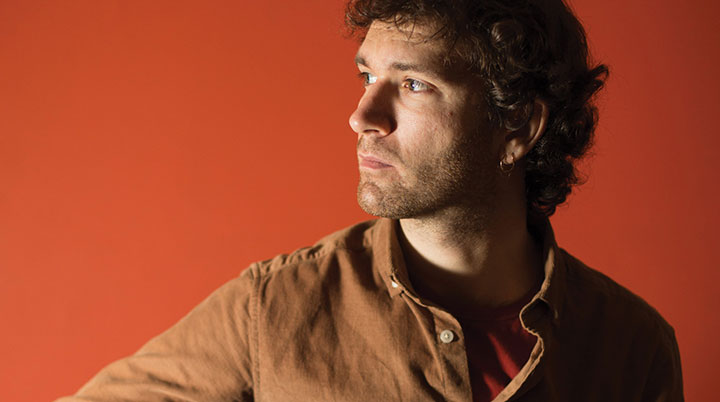 Scottish folk musician and singer songwriter Ewan McLennan has announced the release of a new single, Roll On, written about and especially for Knockengorroch Festival.

The acoustic track will feature as part of ‘Sounds Like Knockengorroch’,  a lockdown album paying tribute to the unique festival normally held in the beautifully secluded Carsphairn hills in south west Scotland, and the musicians who are part of it.

Out on Friday 6 November, Roll On was inspired by Ewan’s experiences of Knockengorroch over many years. 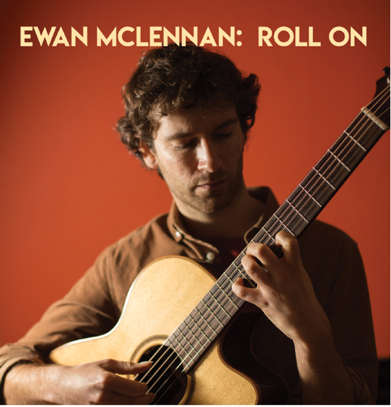 Taking time out of the festival one year to reflect on the goings on, Ewan sat down with his guitar and penned the contemplative folk song. It was later recorded at Ben Capp Studio in Bristol.

A regular and much-loved face on the Knockengorroch bill, Ewan McLennan has come to be known as a guitarist at the forefront of his generation. A troubadour, balladeer and storyteller cut in the old style, Ewan has absorbed a great deal from the older generation of ‘folk greats’ before carving his own path.

Roll On will be one of 20 tracks on the festival’s lockdown album recorded remotely by artists who are loved by Knockengorroch audiences or performed at ‘Virtually Knockengorroch’ – an interactive live stream of the festival held in May 2020.

Ewan said: “I’ve spent many years going to Knockengorroch, both as a punter and as a musician – the festival is a escape and has sense of community and something truly magical about it. This song is about one particular afternoon at one particular year’s festival that I wanted to capture. I sat up on the bank at the edge of Knockengorroch, looking out over everything that was going on and created Roll On.”

One of Scotland’s longest running greenfield festivals, Knockengorroch brings an exciting array of traditional, electronic and world music acts to the hills of Galloway every May. 2020 would have been the 34th edition of the event which first launched in 1998.

Knockengorroch Festival organiser, Liz Holmes, said: “We’re so grateful to Ewan for contributing this beautiful track to the Knockengorroch lockdown compilation and to unveil it as the first single from the album. Sounds Like Knockengorroch is all about championing the artists and people who make the festival what it is and to share the sounds and feelings of the event with our loyal audiences. We can’t wait to share more of it with you all in the coming weeks.”

The 20-track double CD will include recordings from an inspiring mix of folk, world and electronic music acts, with more details to be unveiled soon.