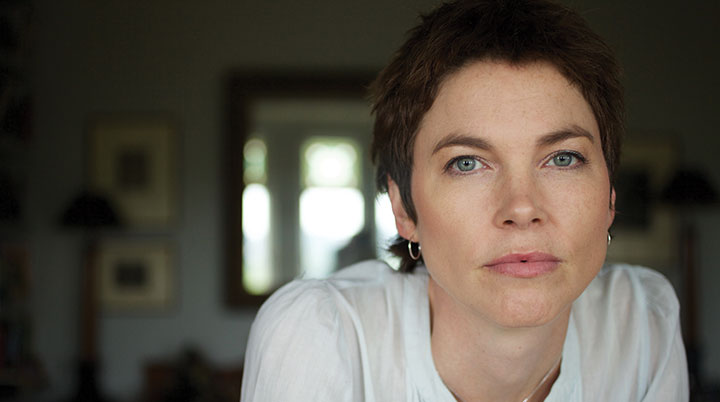 Emily Maguire, the beguiling British-born singer-songwriter whose remarkable personal journey fast-tracked her from the Australian bush to the Albert Hall, has released her first album in more than three years – A Bit Of Blue.

With her earlier albumBeliever hailed as a ‘masterpiece’ (Maverick Magazine), anticipation is building around this, her fifth release, recorded at opposite ends of the globe, in Queensland and Ross-on-Wye.

The 11-track album is more stripped back and raw than her last release, Bird Inside A Cage. By turns haunting and elegiac, hopeful and reflective it always retains her trademarks – emotive, imagery-rich songs, elegant instrumentation and crystalline vocals. The poetic original songs range from the understated to the unflinching, all underpinned with producer Nigel Butler’s sparse, exquisite piano and guitar arrangements.

But bringing the album to fruition has been something of a rollercoaster ride for London-born Emily, who now lives in Bath. The classically trained musician who has bipolar disorder was out of action for two years, suffering chronic tendonitis in her arms which left her unable to play her instruments and triggering a lengthy depressive episode. Says Emily: “This record came out of a dark time in my life. But as so often happens something good came out of something bad.”

Recorded in Australia by Pix Vane Mason, the original engineer on Emily’s first two albums, A Bit Of Blue is produced by Nigel Butler who also produced Emily’s last album ‘Bird Inside A Cage’. The X Factor producer has worked with artists ranging from k.d.lang and Tom Jones to Will Young and Robbie Williams and many other top pop acts.

Putting his stamp on the album from his Herefordshire studio, Butler has transformed Emily’s soulful songs into ethereal landscapes of skilfully crafted sound which emphasise her thought-provoking ‘laid bare’ lyrics and expressive vocals.  Says Emily: “We knew we wanted to call this record ‘A Bit Of Blue’ and we knew we wanted it stripped bare, haunting and as beautiful as it could possibly be.”

The CD release coincides with the publication of Emily’s second book Notes From The North Pole, a fascinating collection of poetry, prose and songs – a window on a private journal.

Emily will be showcasing A Bit Of Blue on several dates this spring.