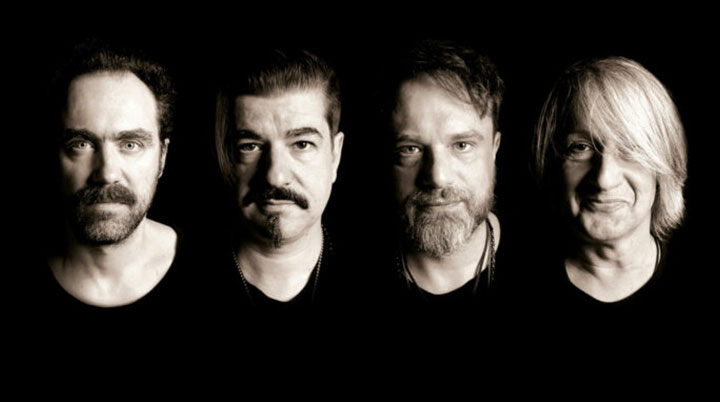 Swiss-based four-piece blues rock band the Ellis Manos Band will release their second album “Ambedo” on 25th June 2021 via Jazzhaus Records. The band describe their trademark well-produced sound as “a sort of rock n’ soul, rooted deep down in the blues.”

In Switzerland, the Ellis Mano Band are not unlike the Wrecking Crew or the Funk Brothers. They are top-flight studio musicians and elites in the Swiss music scene. Although they spent years making music with other artists, the band members never got much time to make music of their own until now.

“We chose the album title “Ambedo” because it reflects the state of the process of recording an album,” says guitarist Edis Mano. “Ambedo” refers to the tendency both to reflect and to absorb. Musicians like us do it all the time, especially when we compose new songs and create a new album.”

The album also features Hammond B3 organ, and horns that reflect the blazing summer heat during which they were recorded. The harmonious backing vocals are reminiscent of something you would hear from Muscle Shoals Studios. Influenced by Led Zeppelin, J.J. Cale, Tedeschi Trucks Band, Jimi Hendrix and more recently John Mayer, the Ellis Mano Band have put their own unique stamp on the blues which has now become a shared global phenomenon.

The album will be released through Jazzhaus Records on June 25th.