Featuring seven of the UK’s top instrumentalists in two incredible ensembles, the Eccentric Orbits Tour showcases the unique and distinctive music of Leveret and Spiro in a show that will fly the flag for new English instrumental music.

The two groups share much of the same raw material – tunes from a handful of 18th-century tunebooks, as well as original compositions – but their musical orbits follow widely divergent paths. This joint tour is a limited opportunity to hear the contrasting music of two of England’s finest and most original instrumental ensembles.

Spiro operates as one highly emotionally-charged but exquisitely controlled machine, the parts of which combine in a fierce but tender dynamic interplay. Melodies of classical heft vie with driving rhythmic riffs of unusual spiky beauty in deep layers of instrumental. Their live shows feature intense ensemble playing which transports audiences on an exhilarating journey far away from their roots in English folk.

Leveret is a unique collaboration between three of England’s finest folk musicians. Andy Cutting, Sam Sweeney and Rob Harbron are each regarded as exceptional performers and masters of their instruments. described by The Guardian as “the finest of traditional English folk today: a trio of poise and subtle gesture, of deft layering, graceful swing and gorgeous understatement” rely on their mutual trust and intuition to create their music entirely in the moment – there are no arrangements and the focus shifts constantly and compellingly between three masters of their instruments.

“One of my favourite concerts of the year, because both were inspiringly good and completely different in their musical approaches and live presentation style.  Hard to top!” Ian Anderson, fROOTS magazine.

Catch the tour at the following venues starting 28th February in Liverpool. 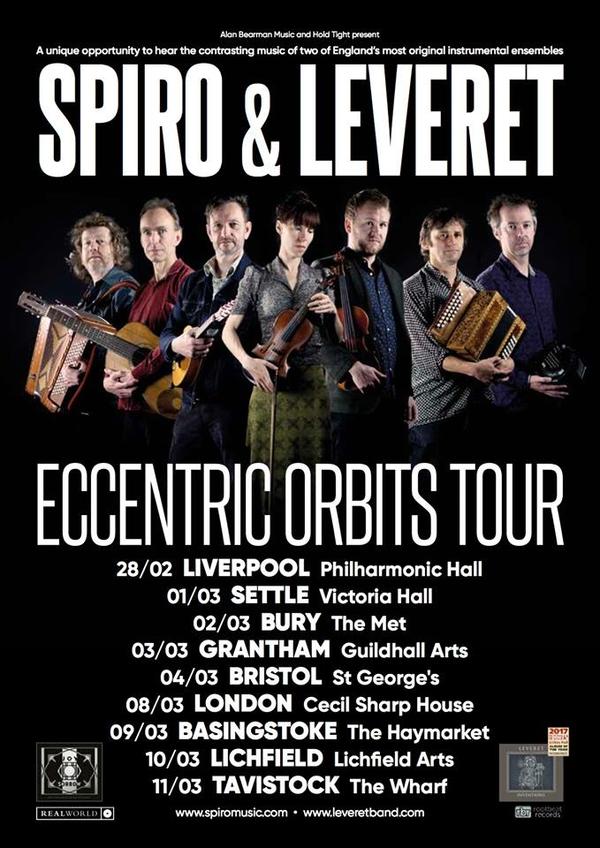