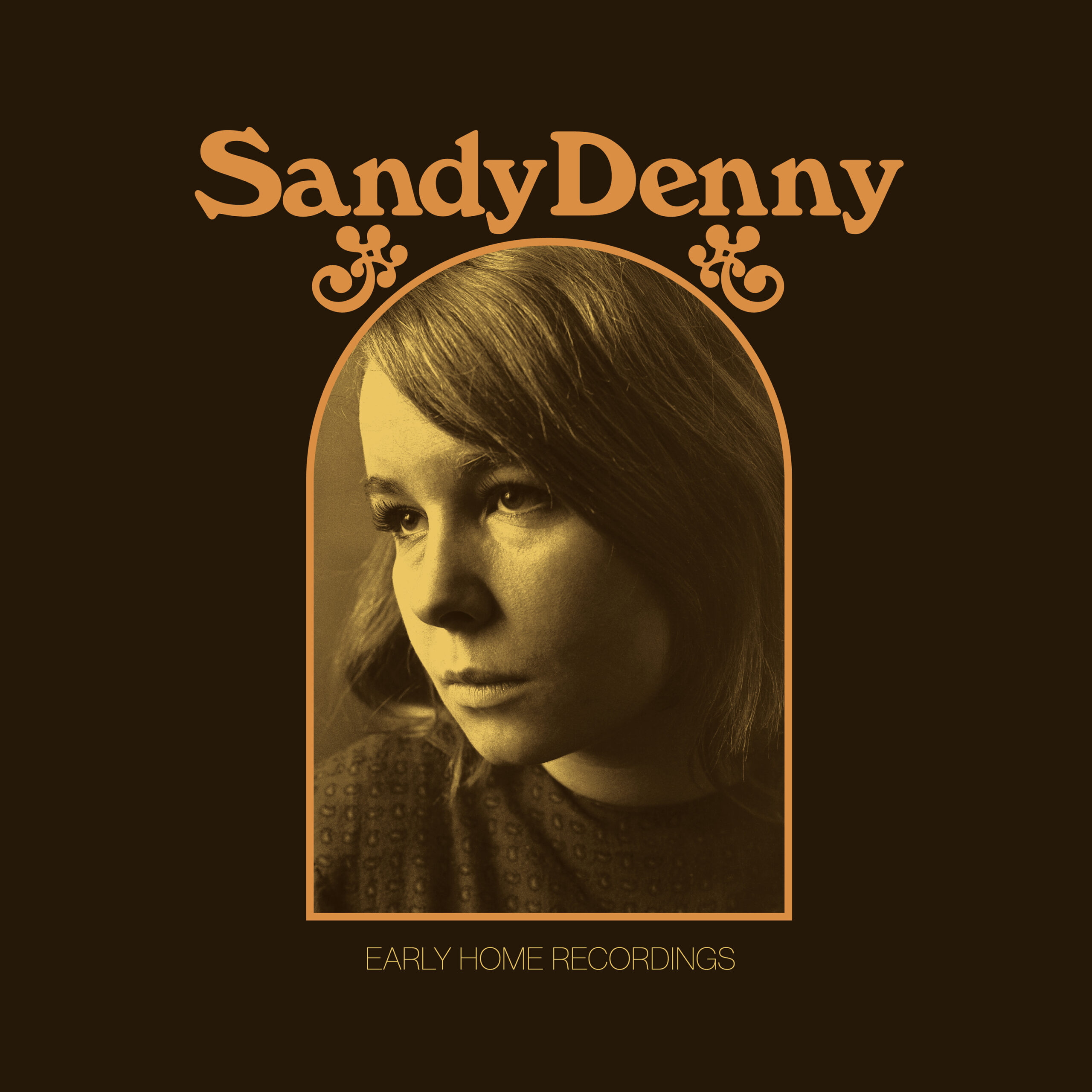 If you’re anything like me, whenever there’s news of another Sandy Denny release you’ll raise a quizzical eyebrow and perhaps a sigh as the possibility of over use of her archive once more looms large. Maddy Prior told me a while back, about how early Steeleye/ Hart & Prior material regularly gets trawled with selling on and licencing, yet the artists never get a penny from the sales. What we have here however is 100% legit and put together with thought by those who care, so nothing dodgy…. hooray! I’d expect nothing less since one of the names belongs to the splendid Andrew Batt who’s previous form in Denny/Fairport territory.

Sourced from differing springs, you’ll have to be an uber fan to have all these tracks in other places, but most arrived via the Australian fan club cassettes  ‘Attic Tracks,’ the long out of catalogue ‘ Boxful of Treasures,’ and the even rarer ‘Sandy Denny’ mega box set which now retails close to a thousand pounds – if you can find one. So twenty seven slices across a double record format in a decent sleeve with witty notes from compiler Pat Thomas, over seen by the afore mentioned Mr. Batt and the Denny estate. The sketch of Sandy by daughter Georgia Lucas is a thoughtful touch.

What’s new, well only the fact that these tracks are now available as an introduction or valediction to a crucial time in Sandy Denny’s career. Those years when she took herself round the folk haunts and hangouts of the capital, a small figure with a large guitar and an attractive/ever progressing vocal. There are but hints of the joys and talent to come, which two versions of her brilliant ‘ Who Knows Where The Time Goes,’ attest.  There’s a great reading of the traditional ‘ Geordie,’ which I admit I’d forgotten the potency of as well as ‘Let No Man Steal Your Time.’ From the covers it takes a hard man to resist Sandy’s rendering of ex boyfriend Jackson C. Frank’s ‘Blues Run the Game,’ whilst Anne Briggs’ ‘Go Your Own Way My Love,’ reflects the friendship between the two.

Yet to these ears the most significant songs point her forward path – admittedly with the gift of hindsight and not a little poignancy. ‘ ‘She Moves Through The Fair,’ has a strong claim to being one of the early pivotal moments in the story of electric folk as Fairport Convention took to the song when Sandy arrived in their ranks and immediately stuck it on  ‘What We Did On Our Holidays. ‘ Here it is folkier without all the mystical, gothic elements a rock band could add, but is still a bittersweet lyric and Miss Denny inhabits the lyric with that one of a kind voice, adding a beauty and modernity to the ages old. ‘Fotheringay,’ perhaps her greatest composition, the hymn to Mary Queen of Scots, is the penultimate track and again it’s a thing of wonder, enticing and fragile, worth the price of the vinyl alone. It still sends a shiver down my spine whenever I hear it. As early as this take is ‘Fotheringay,’ remains magical.

I was once asked to attend a debate on Sandy Denny to discuss the path her music might have taken had she not sadly departed on April 21st 1978, fascinating but ultimately futile. We’ll never know and maybes don’t really satisfy. What ‘Early Home Recordings,’ gives is a chance to hear one of the true British inspired and rooted artists who whilst she never understood or appreciated her true talent has nonetheless with the passing of time grown in stature, reputation and importance to many. These are her embryonic works, value them and cherish Sandy Denny’s memory.