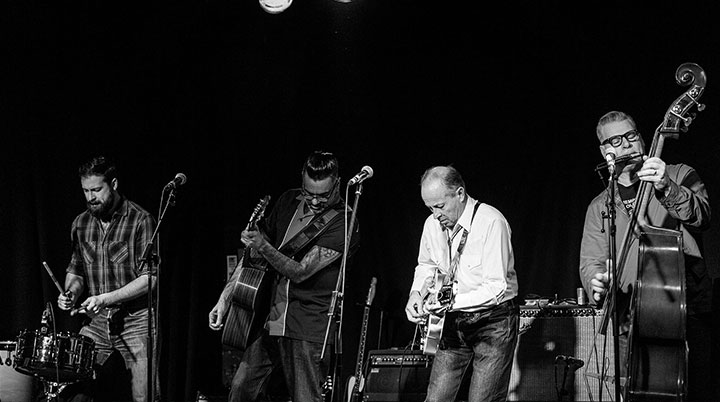 The Dodge Brothers return with a high-octane follow up to The Sun Set. They really are firing on all cylinders as they take us on a ride into the searing sunset of the mythical American Dream. OK, no more train/car/engine puns or references, but it’s hard not to…

Drive Train is an unashamed celebration of everything that Rock n’ Roll symbolised in its heyday. Those sepia toned days when fuel was so leaded it weighed your car down, smoking wasn’t bad for you and even the doctor would prescribe a shot of whisky for your nerves. But, and it’s a big but, The Dodge Brothers never slip into pastiche or parody. Their world of blues, rockabilly, country and a bit of skiffle feels even more potent and focused on this album. 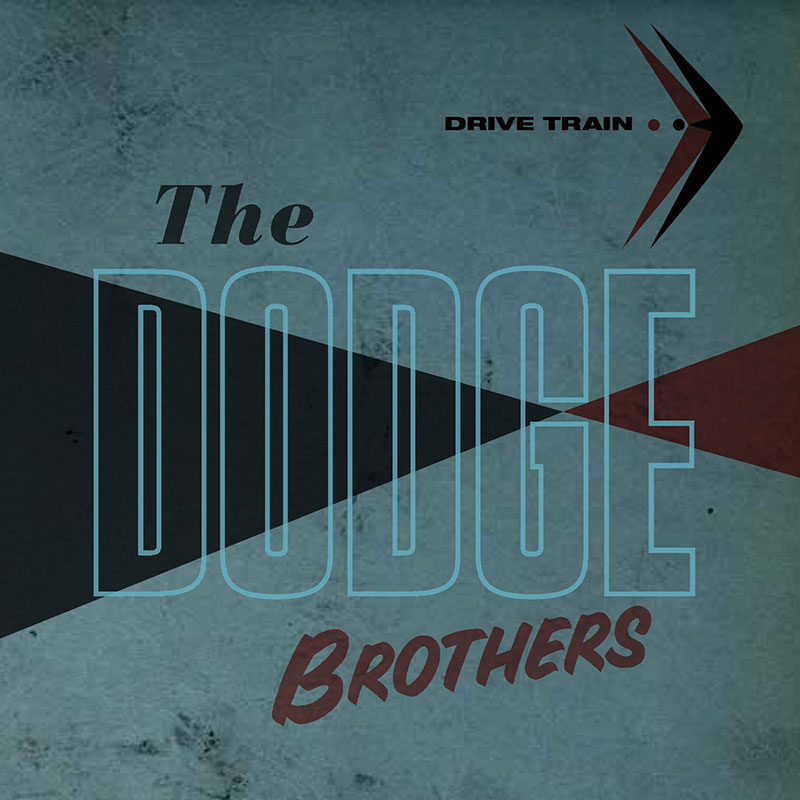 Of course, the blues wouldn’t exist if those dreams couldn’t be broken, and the full gamut of broken hearts and longing are here. That gritty reality is balanced out by the optimism inherent in the unshakable belief of better fortunes just over the horizon – Step Away From The Car and Head Out West epitomise this with equal measures of youthful glee and optimism.

And that big horizon is writ large across this cinematic canvas that they bring into sharp relief. Great songwriting and tight, inventive instrumentation ensures the fifteen songs across the album never get boring or predictable. They bring different instruments to the fore and coax their amps to give fresh voice to their guitars. I still wonder if there is any sound as emotive as a hollow body electric? The banjo and mandolin in particular are used to great effect on the album, sparse enough to make their arrival a shiver inducing thrill.

Drive Train is 110% Americana, whilst this genre is wildly popular in the UK, there are not that many people who sound this authentic. If they were a bourbon it would burn your throat and warm your heart on the first sip, then the second would change the way you look at the world for ever more. The horizon beckons as the sun sets into the dust red desert, so go on… follow your dreams…