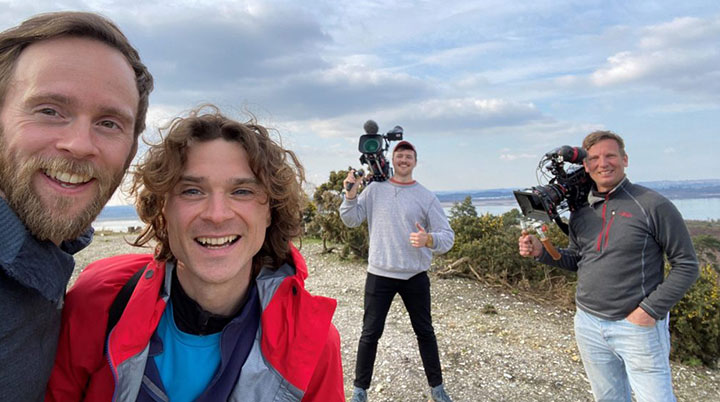 Hot on the heels of the release of their fourth album A Pocket Full of Acorns, Dorset duo Ninebarrow (Jon Whitley and Jay LaBouchardiere) are due to appear on BBC-1’s flagship rural affairs programme Countryfile this Sunday (March 28, 6pm) To celebrate the March 5 release of their first album in three years and tying in with the arboreal title of the recording, Jon and Jay decided to set about redressing their touring carbon footprint by planting the Ninebarrow Woodland on three acres of land near Gillingham in north Dorset – no mean feat as it numbered 1,000 native English trees (including 500 oaks) and 200 shrubs. 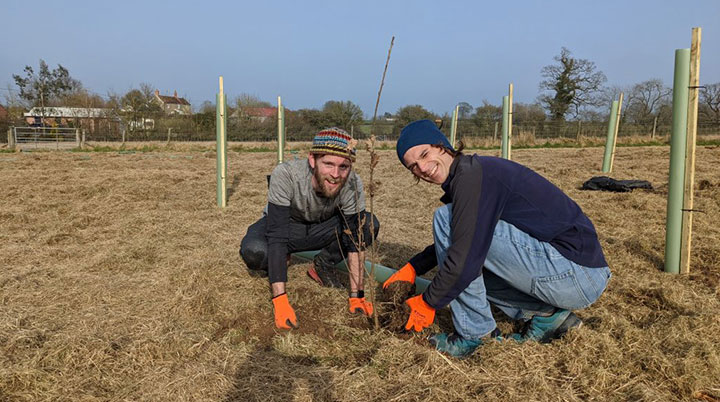 Supported by a 75% grant from The Woodland Trust as part of their MOREwoods initiative and 25% from a crowdfunder, the project also ties in with the Plant Britain campaign, a two year challenge launched by BBC Countryfile, aimed at getting the nation planting in the light of climate change. www.plantbritain.co.uk 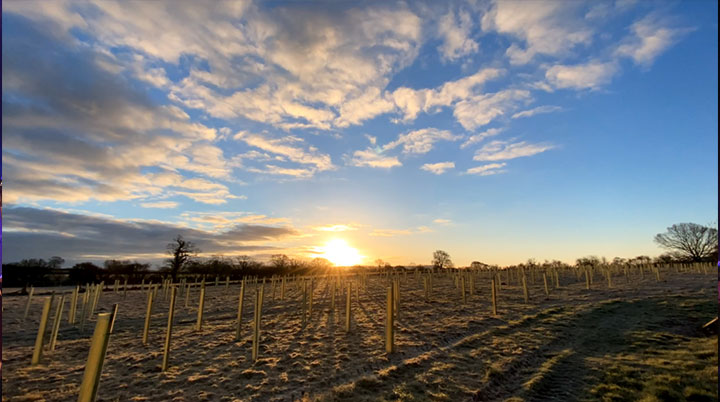 BBC filming took place at the tree-planting site and RSPB Arne overlooking Poole Harbour. It includes a live performance of another track from the new album – Nestledown.

Inspired by the elusive Dartford Warbler, once endangered but now found on much of the Dorset heathland, this is a ‘hunkering down for winter’ track, but one that looks forward to the longer days. Snatches of the title track have also been used in the segment as well as their acclaimed song for spring The Hour of the Blackbird.

Named after Nine Barrow Down in the Purbeck Hills, Jon and Jay relinquished their full-time jobs as a teacher and GP back in 2012 and took a leap of faith into the music business.

Nominated for the coveted Horizon award (Best Emerging Act) at the 2017 BBC Radio 2 Folk Awards the pair have carved themselves a distinctive niche on the folk roots scene for their outstanding harmonies, high production values, and engaging original songs. Keen walkers and authors of Ninebarrow’s Dorset – a book of walks in the
landscape that has inspired many of their songs – they have appeared on BBC Radio 4’s Ramblings with Clare Balding and Matthew Bannister’s popular
podcast Folk on Foot. Says Jon: “Our music will l always be inspired by the incredible landscape and history of our native Dorset as well as our sense of home and belonging. But these days we can’t help but be moved by the many changes happening to our planet and society – we hope this fourth studio album reflects that.”

“These two guys work harder than any duo I can think of – this new album is
chock-full of great songs, beautifully produced”- Mike Harding

…….oh and if you want a skin tingling, goosebumps fix have a listen to this: https://www.youtube.com/watch?v=id9cqLRjnZ0