Did you miss us? 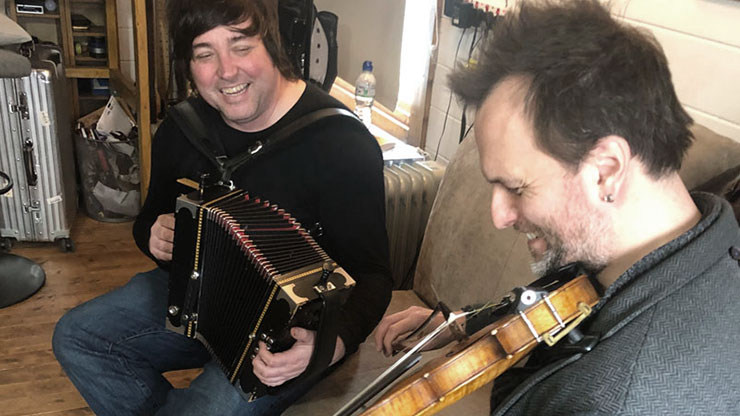 Having previously announced their return to action through a well-received set on the web at the Folk On Foot festival, Spiers & Boden have now confirmed that 2021 will indeed see new material and fingers crossed a fresh album in the rack towards the end of the year.

A series of videos on their website, give all the details as the pair appear on screen from their different homes saying how excited they are to be back in harness after seven years. The more astute could probably have predicted this a while ago as Bellowhead also reformed for an online concert last autumn, so a hop, skip and a jump into Spiers & Boden territory was always on the cards.

If/when it’s forth coming the new album will be their first in a decade. John Spiers has of course played in a duo with Peter Knight and as part of the Gigspanner Big Band whilst Jon Boden’s solo career blossomed. More to be announced. Keep checking the News section as the year progresses.