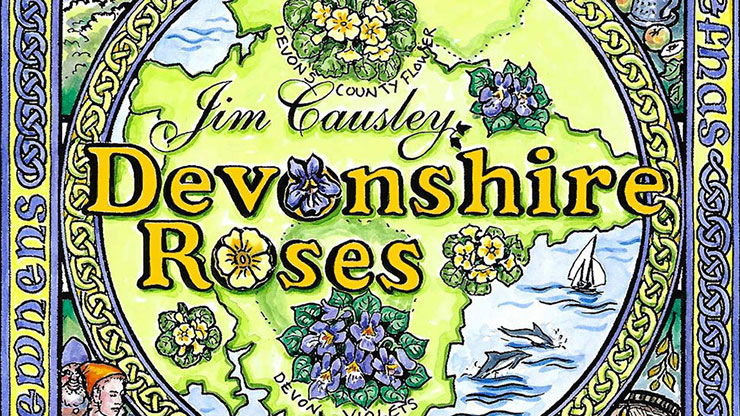 jim Causley is a fine singer and box player from Devon who will be well known to those who like their folk music at the traditional end of the spectrum. He has been nominated no less than six times for a BBC Radio 2 Folk Award and won the Spiral Earth Singer of the Year award back in 2014.

Long a champion of his home county that pride shines through in this collection of Devonshire staples. He has recorded Devon songs throughout his career and ‘Roses,’ represents an attempt to bring together most of the local music he’s so far missed, as well as a spotlight on its tradition.

Following the familiar pattern of lock down recordings  basic songs were recorded by Jim and then sent out to a range of other musicians to record their contributions at home for him to remix. He gets help from Matt Norman, Nick Wyke, family members Josephine and Ross Causley and the Mariners Way Shanty Crew. Pulling this together was no mean feat.

There are few surprises in the choices on the album, most of the songs will be well known. For me there were a couple of highlights. ‘Old Cobley’ is a version of ‘Widecombe Fair’ with an interesting tune and dialect lyrics that was collected more than twenty years before the version found by Baring Gould. There is also a very dark and moody take of ‘The Slapton Smuggler’ that I really enjoyed.  Jim’s voice is as suitable as ever and his squeezebox playing brims with vigour. ‘ Devonshire Roses,’ may not be his strongest set but is an entry point for those not yet familiar with his work as well as those already followers.