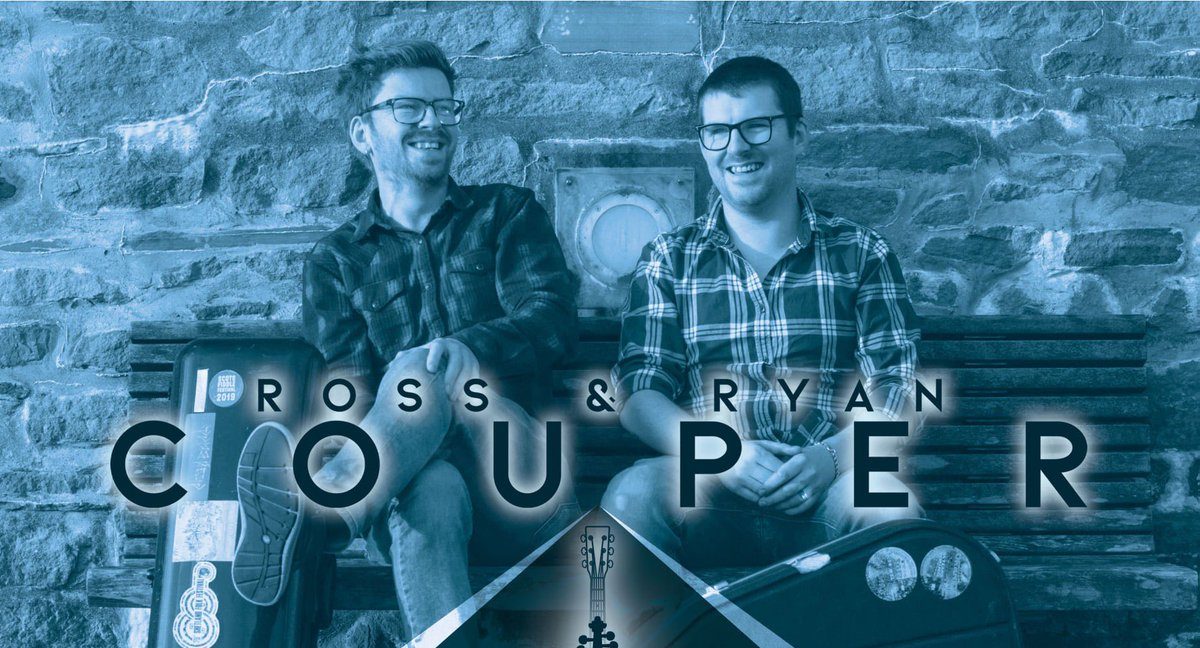 Brothers Ross and Ryan Couper, who hail from Shetland, are set to release their debut album And Den Dey Made Tae on Friday 11th December 2020.

This new release is a culmination of years of playing together for the pair. Having grown up playing music as a duo, both at home and in live settings, an album was something they had talked about doing since they were both teenagers – but it wasn’t until the global pandemic hit earlier this year that they found themselves with the time to make their plans a reality.

The album title And Den Dey Made Tae is named after a saying in Shetland that makes fun of the amount of times a day that Shetlanders drink tea, apparently done before, during and after everything.

The brothers are from a family of musicians and the familial ties run deep throughout the album, with their sister Mariann joining them for a tune on the final track ‘Da Foula Reels’. Their mum also wrote the tune ’Shaela’ which is part of ‘The Dance’, and their dad wrote ‘Da Sixty Fathom Reel’ which is part of ‘The Lucky Child’. The family connections continue with ‘Sandy’ written for Ryan’s son and ‘Jessie’ written for his daughter. Ross has also included a tune he wrote for his sister Mariann’s son, called ‘William Couper Allan of Lower Fea’, which is the second tune in ‘The Waltzes’. 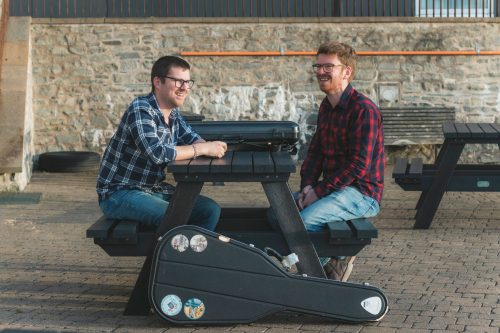 And Den Dey Made Tae was recorded as live. The two brothers sat in a room together and played through from start to finish. The album showcases an honest and fun recording with fiddle and guitar played in exciting and innovative ways.

Ross Couper said: “Ryan and I grew up playing music together and so it’s been really lovely to get something actually physically recorded. By capturing the tunes in as live a way as possible, we were able to convey the energy we have when we play together. We know each other’s playing inside out so it was really great just to see where this album took us and we’re both really happy with the final result. It’s a simple concept, just straight-up exciting fiddle and guitar music that celebrates our family ties, family history and family values.”

Ryan Couper said: “It was great to record this album with Ross after so many years of wanting to make an album together. And Den Dey Made Tae is a fun and high-energy recording that celebrates who we are as players and where we’ve come from. Everyone in our family is a musician so it’s been a very special setting to be brought up in and it’s been really lovely to capture this within the album.”

Ross Couper is best known as a member of the Peatbog Faeries and as one half of a duo with guitar and flute extraordinaire Tom Oakes. Ross started learning the fiddle aged just eight. He went on to go to Anderson High School in Lerwick where he was taught by his mother Margaret Robertson, a renowned fiddle teacher who was recently awarded an MBE for her services to Traditional Music. Ross continues to be one of the finest exponents of Shetland traditional fiddle playing, and although always respectful to the tradition, he is also recognised as a musician who pushes the limits of expectations with the instrument.

Ryan Couper has also played since he was a young boy, with his instrument of choice being the guitar. He was the only person to ever receive lessons from Shetland guitar legend ‘Peerie’ Willie Johnson. Ryan is part of the Shetland band Vair. Although not a full-time musician, Ryan has appeared at many festivals and gigged extensively over the years with one of his notable performances being with Martin Taylor at the Celtic Connections concert showcasing the music of Shetland.

The album will be released on Ross and Ryan’s own label Couper Records. It was recorded at Mareel Studios in Lerwick, Shetland.

And Den Dey Made Tae is out on Friday 11th December 2020. It will be available on CD and to download, with some tracks also available to stream.