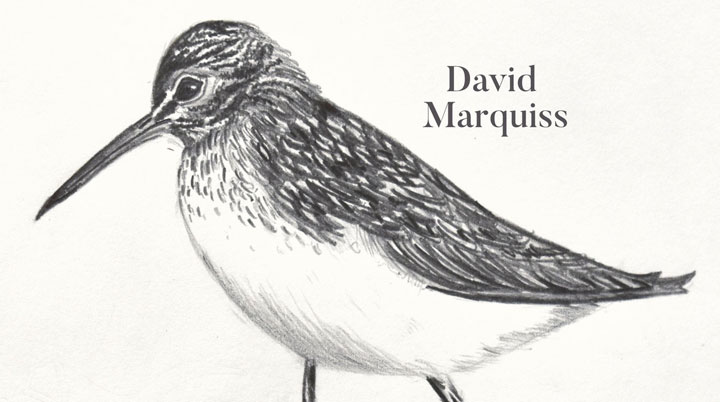 This CD from Bristol-based David Marquiss features excellent playing on nylon strung guitar combined with a fine baritone voice and a good selection of self-penned and traditional tunes and instrumentals reflecting influences as diverse as Skip James and Nick Drake. This would be enough to warrant your attention but that would be to miss the wider story here. These songs and tunes were recorded in David’s home studio as long ago as 2011 and were only recently mixed and remastered by Josh Clark in Bath last year (and an excellent job too).

So what’s the story? David’s prodigious ability on guitar emerged during his twenties when he absorbed the influences of the famous finger pickers of the folk revival in Britain. Sadly, he recently developed a hand disorder that has stopped him playing guitar but not before he earned a PhD for his research into early guitar styles, so I guess I should be reviewing Doctor David Marquiss.Academia’s gain is our loss because his talent is undeniable.

The material on offer here ranges from David’s interpretation of traditional songs such as ‘Sovay’ and ‘The Blacksmith’ which showcase his fine voice, to a very good (though too short at just over a minute) blues instrumental, simply titled ‘Blues’, that displays extraordinary technique. There is also a delightful self-penned instrumental called ‘Lute’ that, while it clearly references the instrument in the title, evidences some jazz influences and even a little flamenco flourish here and there. 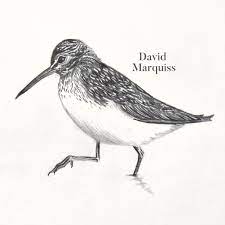 David’s circumstances mean we cannot  look forward to more albums from him but it seems that he continues to compose and sing and “paddle his canoe along the river Avon” so maybe he will find a way to give us more in future. I hope so. Talent will out. He has waited a long time before releasing this album. Whoever encouraged him to do so deserves a pat on the back.