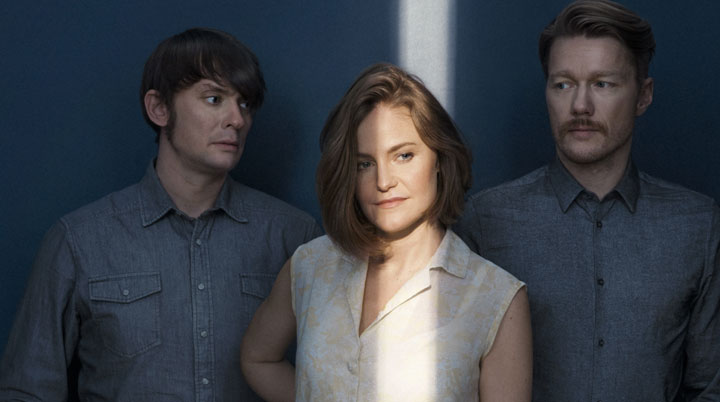 The last twelve months of Darling West’s musical career have seen them hit somewhat of a purple patch. In the time since the release of their second album, Vinyl And A Heartache, they have played concerts all over the world, been listed on the biggest radio channels in Norway and appeared on the Top 100 Country charts in the US. They’ve been played more than three million times on Spotify, been booked to the biggest festivals in Norway, SXSW in Texas, Folk Alliance in Kansas City and Americanafest in Nashville, toured with Sam Outlaw, and supported Lucinda Williams. In February, 2017, they also won a Norwegian Grammy for their album Vinyl And A Heartache.

Never a band to rest of their laurels, they rode this wave of success right back into the recording studio to record the ten songs that would come to make up their third album While I Was Asleep. Bringing with them a new-found sense of confidence and purpose, While I Was Asleep is the sound of a refreshed and revitalized Darling West. The band is still playing their sweet Americana /country / folk, but there is a lot more drive in the music and their melodies are more magnetic and enchanting than ever before.

Darling West’s talent for insightful and honest storytelling is evidenced not least of all the album’s title track. Written across borders – penned in Brooklyn USA and finished in Norway’s Ål mountains – it’s a song that captures vocalist Mari Sandvær Kreken’s sensitivity to a pop melody, as she marries a sense of sadness and melancholia with her driving, propulsive, and heart-felt delivery. Elsewhere, After My Time – one of the few songs from the album to have been written in their apartment in Oslo – meditates on notions of modern-day anxieties and mortality. Mari has said about the song; “It does something to you when you read about human destinies and experiences you hardly can imagine. It’s difficult to take in, but at the same time it’s important to not shut it out.” Traveller is a song that further exemplifies the band’s thoughtfulness in their writing, as Mari continues; “Traveller tells the story of a restless soul, who made some choices in the past and are still haunted by them. Most of us entertain that thought sometimes; “What would have happened if…?”. But for some it turns out to be a defining moment that they will always carry with them.” Punctuated with Mari and Tor Egil Kreken’s spine-tingling vocals and fingerpicked guitars – with Kjetil Steensnæs creating beautiful lines with his pedal steel, weaving in and out of a lush string section – Traveller is one of the album’s highlights.

The album While I Was Asleep was recorded with Bård Ingebrigtsen in Amper Tone Studios, Oslo, and was mixed by Marcus Forsgren.