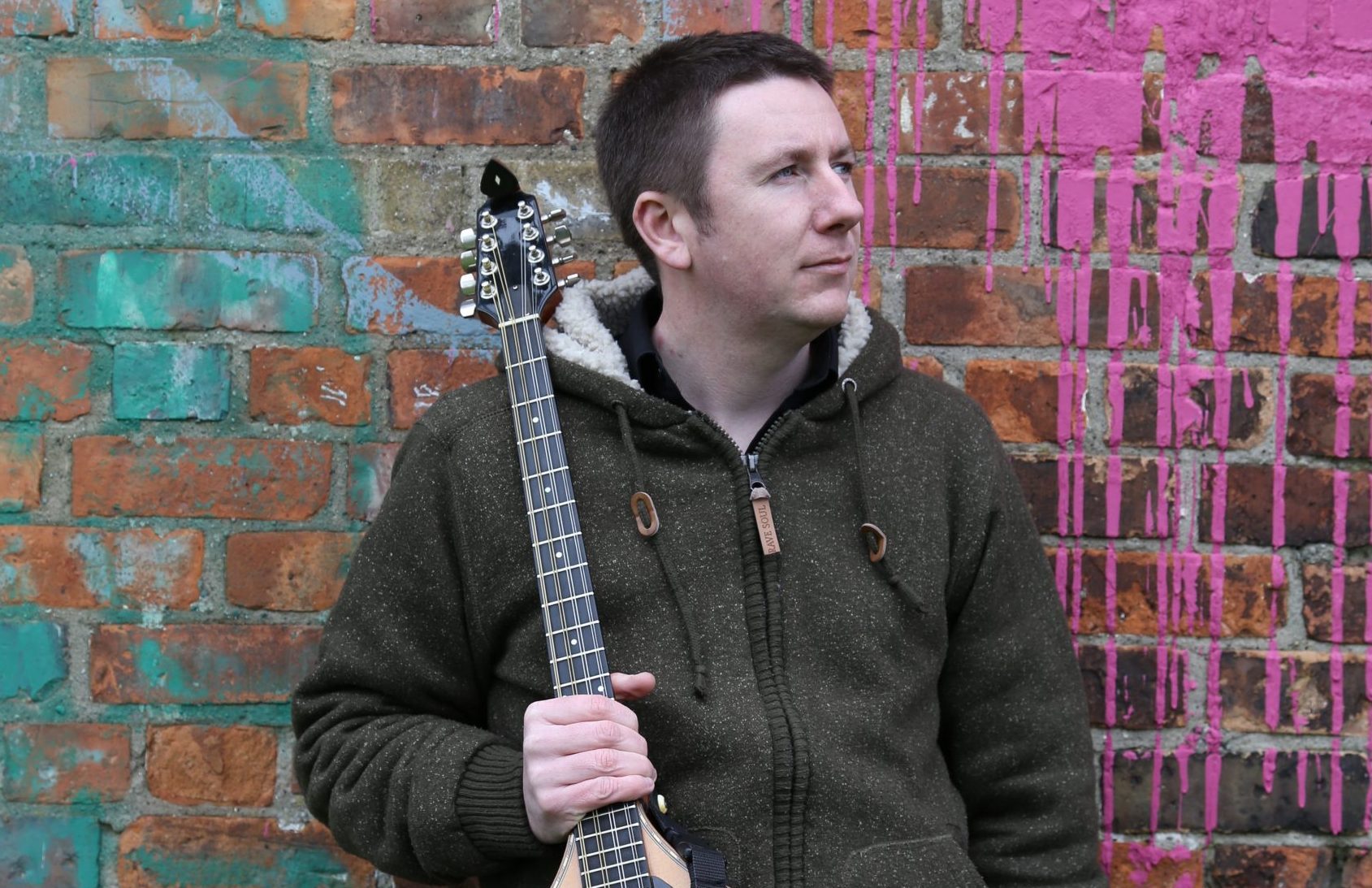 A former electrician, who decided to become a musician after seeing Christy Moore perform on Irish TV, Dublin-born traditional singer and bouzouki player Daoirí (pronounced ‘Derry’) Farrell has been described by some of the biggest names in Irish folk music as one of most important singers to come out of Ireland in recent years.

After a promising debut album, ‘The First Turn’, back in 2009, Daoirí spent several years studying traditional music and performance at respected colleges across Ireland. While at the University of Limerick, Fintan Vallely introduced him to the singing of the late Liam Weldon, an encounter that was to prove formative to his sound and his approach to folk song.

Daoirí had cut his teeth as a singer in Dublin’s famous Góilin Singers Club and at other sessions across the city, many of which he still visits regularly. Following his studies he quickly found work accompanying artists including Christy Moore, as well as a list of names that sounds like a who’s who of folk music: Dónal Lunny, Martin Hayes, Dennis Cahill, Alan Doherty, Danú, Dervish, Julie Fowlis, Arty McGlynn, The John Carty Big Band, Kíla, Sean Keane, Gerry O’Connor (Banjo), Gerry O’Connor (Fiddle), Lankum and more.    In 2013 he won the All Ireland Champion Singer award at the Fleadh in Co. Derry, and in 2015 won the prestigious Danny Kyle Award at Celtic Connections in Glasgow with the line-up FourWinds.

Daoirí finally stepped into the limelight in his own right, launching his own solo live career at Celtic Connections, in January 2016. In May the same year he was invited to fly to Manchester to do a live session on the BBC Radio 2 Folk Show with Mark Radcliffe just a week before his first UK tour. His name was suddenly everywhere and festival and show dates started to stream in from across the world.

Recently returning from the US where Daoiri has been performing as part of, Lunasa – one of the most influential bands in the history of traditional music – Daoiri will shortly be packing his bags again for UK dates this April / May   Daoiri will squeeze in a massive seventeen shows in UK, before going home to finish, what will be his fourth studio album – being produced by Trevor Hutchinson – who achieved fame with The Waterboys and latterly as bass player with Lunasa.

Oh and if you are ever at Dublin Airport and the flight is delayed by 2 hours…. hope he is waiting in the departure lounge with you ?!

Never tire of that one!!