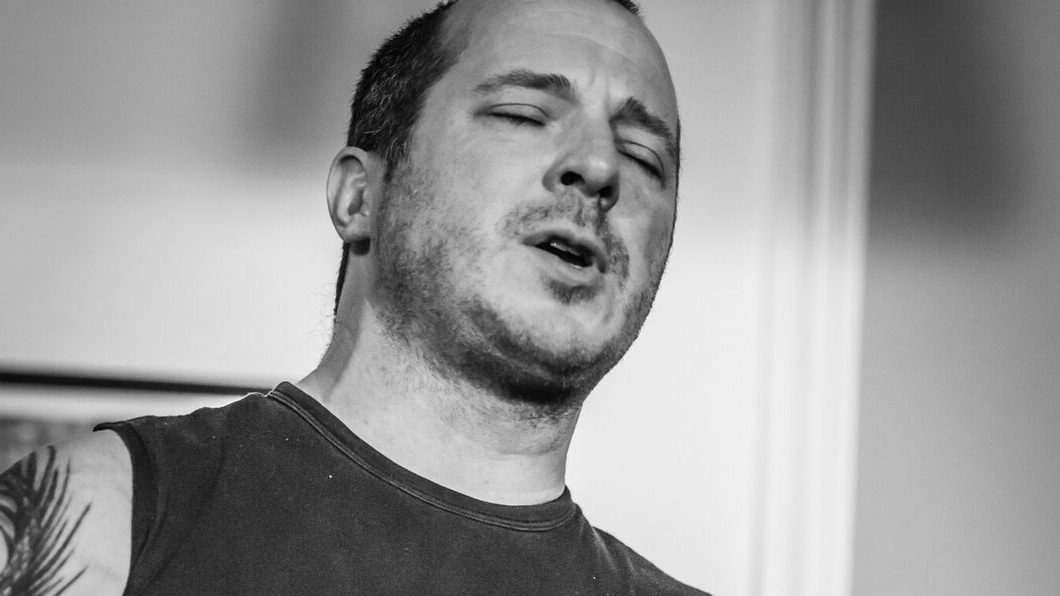 Damien Barber’s career in folk music started 30 years ago when he became a finalist in BBC Radio 2’s ‘Young Tradition Award’ in 1989, an award he was invited back to take part in another four times over the next seven years.

He was 5 years old when he was taken to the Orchard Gardens Folk Club in North Walsham, Norfolk, where his family lived and where many of the great English revival singers like Nic Jones, Dick Gaughan & Martin Carthy performed along with a few from further afield, including the legendary Uilleann piper Liam O’Flynn. He also began to absorb the styles and sounds of local singers such as Tony Hall, Peter Bellamy and most notable of all Walter Pardon. Walter was one of the last great Traditional singers of the region and, along with his weekly visits to the folk club, Damien was fortunate to listen to, and play with, Walter at his home before his passing in 1996.

Having begun playing the D/G Melodeon at the age of seven, mainly to accompany his dad’s singing and it took another 11 years before he turned to the English concertina.

In 1989 Peter Bellamy took Damien under his wing and began to ‘enlighten’ him to the wider world of traditional song, regularly sending him copies of albums of source singers from England, Scotland, Ireland and America. In 1991 Peter sadly passed away and the following year Damien was invited to perform in a memorial production of ‘The Transports’ at the Whitby Folk Festival, playing the part of Henry Cabell and singing harmony with Eliza Carthy.

“He plays a hell of a concertina and he’s got all the signs of being a strong, strong singer”

In 1995 Damien moved to Co.Leitrim, Ireland and took up the C#/D Button accordion, reducing his time on tour in the UK and dedicating himself to playing with local musicians, then In 1998 he moved back to England, while living with Chris Sherburn & Denny Bartley, he took up the guitar as a form of rehabilitation following a car accident which damaged his left hand and resulted in the loss of his little finger.

In 2000 he formed The Demon Barbers, along with creating the ground-breaking Folk & Hip Hop dance company ‘Breaking Tradition’ in 2005 and forming his duo with long time friend Mike Wilson in 2007.

So what do you do after managing to achieve all that in 30 years ?? …. jump forward to 2019 and Damien has decided to mark this milestone anniversary, by returning to performing solo, along with creating a new 4-piece ensemble, Damien & The Omen.

While performing solo at folk clubs and festivals around the UK (his first in 18 years) Damien will be launching this 4-piece ensemble, focussing on new arrangements of traditional songs inspired by the wealth of traditional singers he grew up with as a child.

Damien & The Omen are:

They will be working with Grammy Award winning producers Kipper Eldridge & Donal Hodgson with a view to releasing their debut album in early 2020.

Here’s a sneak peak at one of the tunes from Damien & The Omen and an insight into how it all started after kicking up a fuss with the baby sitter !!

You can catch Damien with The Omen or solo on the following dates: