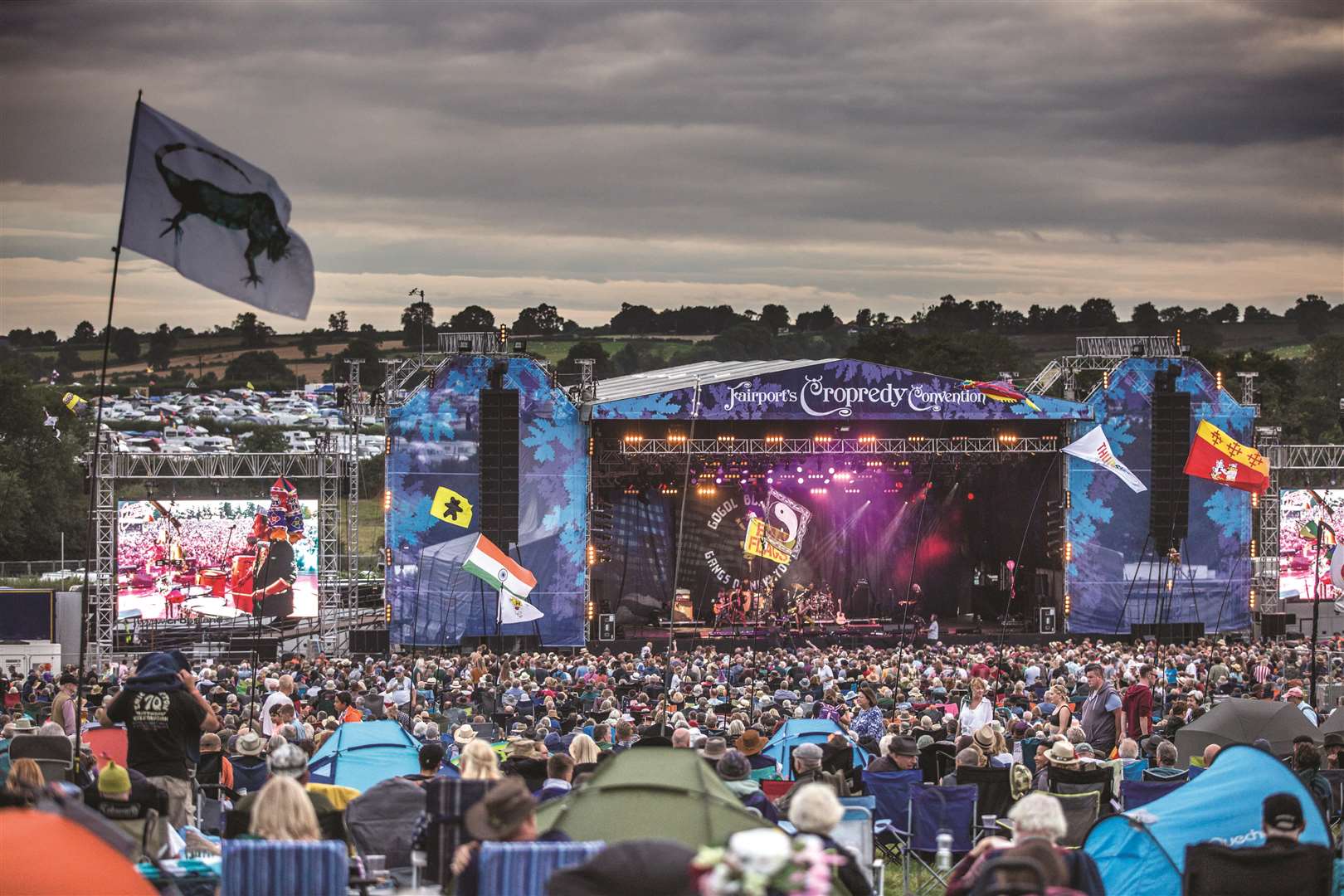 Fairport Convention have announced that their annual music festival, Fairport’s Cropredy Convention, has been postponed for the second time.

The three-day event had been scheduled to take place on 12-14 August this year. It will now be staged over the weekend of 11, 12, 13 August 2022 on its usual farmland site in Oxfordshire.

The organisers hope the current line-up of acts will be carried forward. Artists booked to appear this year have provisionally agreed to transfer their bookings to 2022. Highlights are expected to include Trevor Horn Band, Clannad, Steve Hackett’s Genesis Revisited, Richard Thompson, and host band Fairport Convention.

Festival Director Gareth Williams said: “We’re left with no other choice than to postpone our festival again. We have reached the point where we’d need to spend big money but without any certainty we could go ahead. The dilemma we are facing is simple – proceed and risk potentially going out of business or postpone for a year and live to fight another day.”

“So far, despite over six months of lobbying, the government has failed to support any form of Covid-related cancellation insurance scheme for the festival industry,” Mr Williams continued. Also, there has been no guidance on what mitigations might be required post Step 4. This has made it effectively impossible to plan this year’s event.”

“Like the rest of the festival industry, we’ve tried everything we can to keep going but I’m afraid we would be placing Cropredy’s future in serious jeopardy if we were to go ahead.”

Mr Williams said tickets purchased in 2020 and 2021 will be valid for the rescheduled festival. “Ticket buyers who can’t attend next year will be entitled to a refund,” he added, “but we hope people will hang on to their tickets until next year. This will help us keep the festival going throughout the coming months while we prepare a great weekend of music for next summer.”