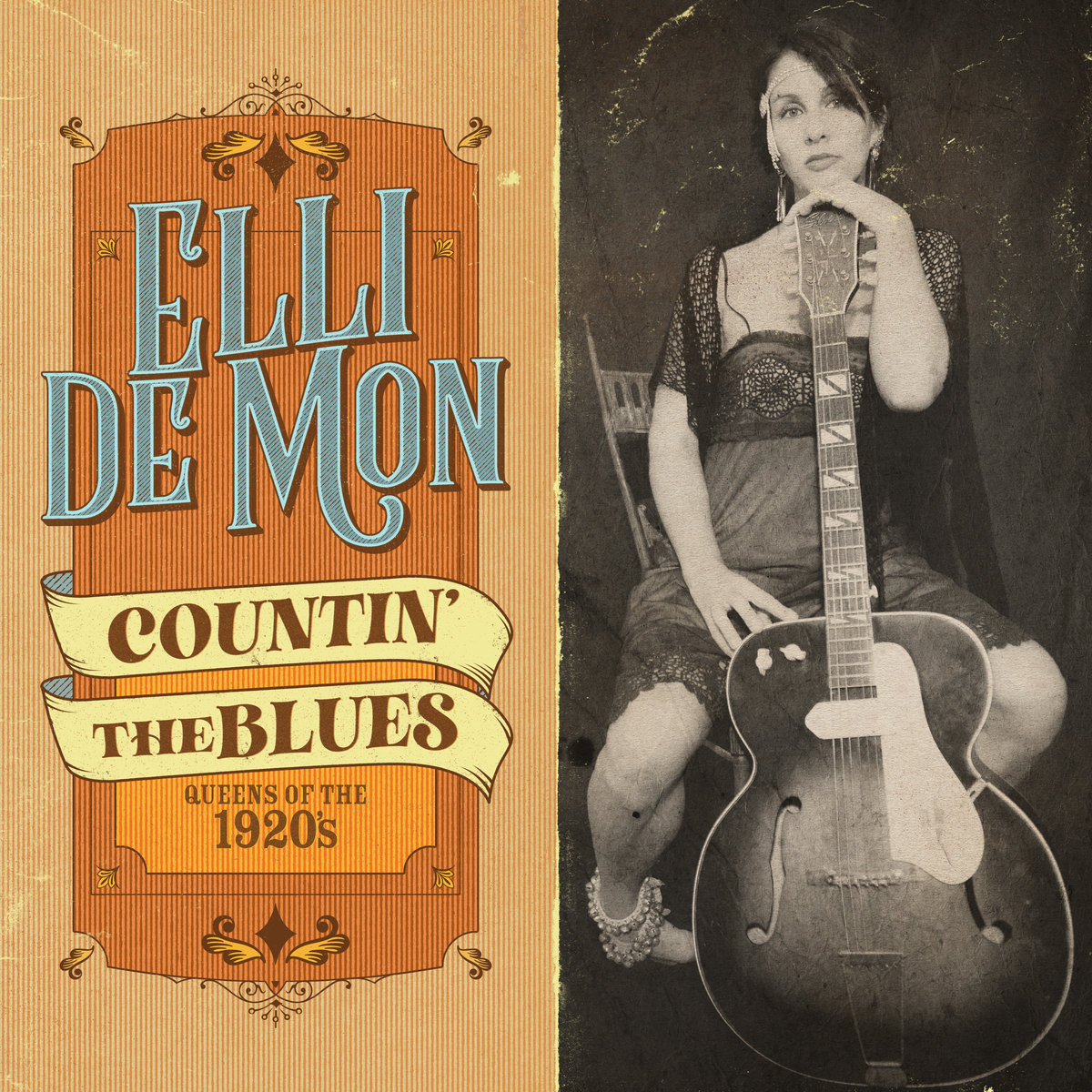 Maybe you’ve never heard of her, but that doesn’t matter because you have now and you and me both have been missing out. This one-woman blues explosion has gigged around most parts of Europe spreading the gospel through her acoustic delta punk for a decade or so. Given that here there’s been a whole heap of critical reaction to When the Rivers Meet and their sonic, rough shod blues repertoire, then this lady deserves an equal share of the spotlight.  Paralleling the actions of Rory Block by unlocking the treasure of early American female blues she’s created a far more raucous, powerful but no less considered equivalent. If anything ‘Countin’ The Blues,’ delivers far more sass, front and dirt than any similar collection I’ve heard before and in that alone it’s wonderful.

I’m not joking either about the 18 certificate lyrics, ‘Shave ‘Em Dry,’ should not be played to anyone of a delicate disposition or tender years- you have been warned – beside the explicit words the track is spiked and downright aggressive, the guitar work splendidly sonorous, leaving your ears ringing if you’re listening on headphones. ‘Prove It On Me,’ is likewise fast paced and echoing, just the right track to open up proceedings. De Mon is not above altering things to suit either as ‘Blue Spirit Blues,’ starts with acapella gothic vocals and fuzzes the heck out of everything before too long.

I don’t want you to run away with the idea that she isn’t capable of respect to her sources though as later Elizabeth Cotton’s ‘Freight Train,’ is woozily acoustic and rather tender. No one’s going to pin this girl down that’s for sure. There’s even a bonus track on the record to tempt you to purchase the vinyl version. Though at just nine tracks the CD still makes a big enough impact.

Brash, in your face and utterly compelling, you owe to yourself to hear this lady and if you’re a promotor book her a UK tour forthwith, she’ll bring the house down – probably literally!