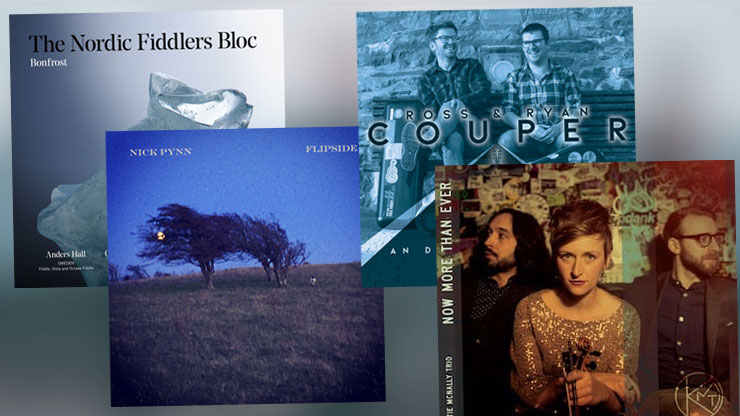 Fiddle music and its many variants is a multi-headed beast and the native ethnic textures that make its unique style is what makes it so attractive to the trained and consumerist ear. John O’Regan takes a look at a batch of diverse releases covering everything from Nordic, Canadian, Scottish and British styles. They are a typically eclectic bunch, each possessing its own rhythmic and chordal variations on the string theme. 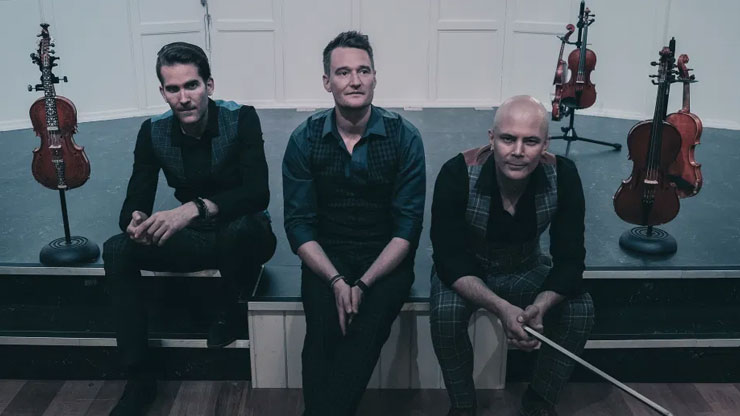 The Nordic Fiddlers Bloc consists of two Norwegians Anders Hall and Olav Luksengard Mjelva and Shetlander Kevin Henderson. The mix of fiddle, viola, octave and Hardanger fiddles provides a richly melodic and attractive aural smorgasbord of Norwegian, Swedish and Scottish styles.Their second album ‘Bonfrost’ is a glorious mix of evocative soundscapes and highly articulate arrangements that create a cohesive wholeness that is both inviting and attractive. Their combined togetherness makes for some sweet moments and performances that sidestep the formality associated with Nordic forms. This is music that pulses with life and love and creativity found in sets like ‘Tune for Lucas/Up Da Stroods Da Sailor Goes’ and ‘Schottishe Kerou’ where Breton, Scottish and Nordic influences and idioms mix and in a full blooded string sound. This album breathes with life and compressed energy that commands attention and yields rich aural rewards.

Now More than Ever- The Katie MacNally Trio 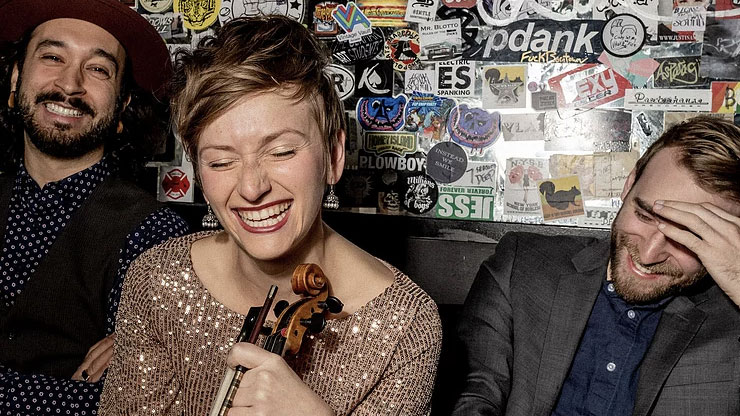 Canadian fiddling comes to the fore courtesy of Katie MacNally and her second album with her trio of pianist Neil Pearlman and cellist Shauncy Ali and Katie herself bending the fiddle strings The mix of fiddle, cello and piano is unusual within Canadian music circles and borrows as much from the classical ideas as it does the traditional pairing with the more familiar piano.  The opening set ‘Fletch Taylor/Marcel Aucoin/Matthew Robinson’s’ captures twin barrelled approach of the classical influence and the traditional Canadian style. ‘Lament For The Red Ladder,’ shows the fiddle, cello and piano pacing one another through an atmospheric lament with the trailblazing reeling of ‘Frances the Miller’ yielding a glorious full sounding attack. It’s this combined command of mood and texture aligned to their individuality and collective creativity that makes the Katie MacNally Trio such a good combination. Long may their bows and reeds ring. 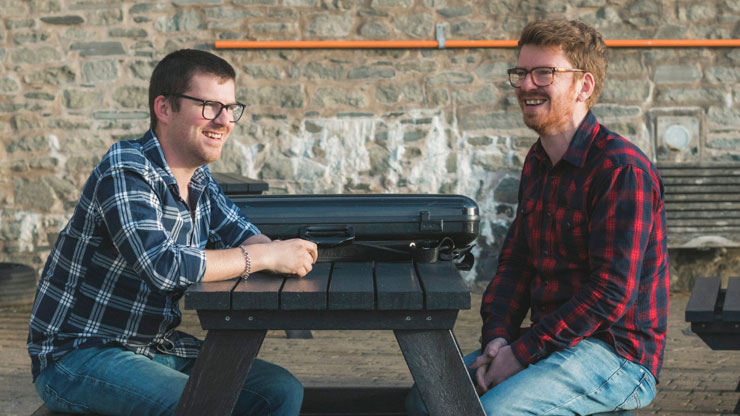 The Shetland duo of Ross & Ryan Couper make a spine-tingling, exciting album. ‘An Den Dey Made Tae,’ comes roaring out of the speakers with a tightly honed action and a sizzling drive. Ross is a dazzlingly adroit fiddler rather like a cross between Aly Bain and Johnny Cunningham stylistically and his brother Ryan is a guitarist of both power and class. The album title copped from a local saying depicting how many times Shetlanders drink tea daily is both a colloquialism and a worthy representation of the warmth and friendliness that which encompasses their music. Their enjoyment comes through with directness and the selection of reels, jigs, airs and waltzes played here are shot through with that same warmth and cosiness as befits the title. ‘And Den Dey Made Tae,’ is an album to enjoy with tea or anything else befitting warmth and comfort. 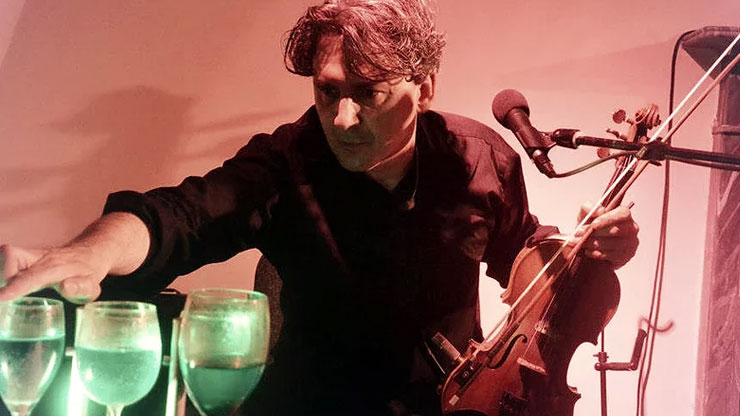 English fiddler and composer Nick Pynn is one of those multifarious talents that benefit others as well as serving his own creative needs. I have often seen him as an accompanist with Steve Harley/Arthur Brown or as a session player and composer.  Playing fiddle, dulcimer, guitar and various stringed instruments has made him an accompanist of choice but his compositional abilities fly on ‘Flipside.’  It’s a collection of original instrumental pieces that befit his experience working with rock and folk musicians and singer songwriters of 70s.  This is his ninth solo effort. The opening tracks ‘In Adelaide’  and ‘ Lemon’ cruise the gamut of instrumental virtuosity from Baroque to Americana with Pynn handling fiddle, guitar, dulcimer, banjo and guitar with equal aplomb and agility. Musically it’s a laid back collection in the vein of folk,  frank in  its spoken word commentaries behind a lilting instrumental backing creates an ethereal world that ‘Flipside,’ visits with eloquent conviction.