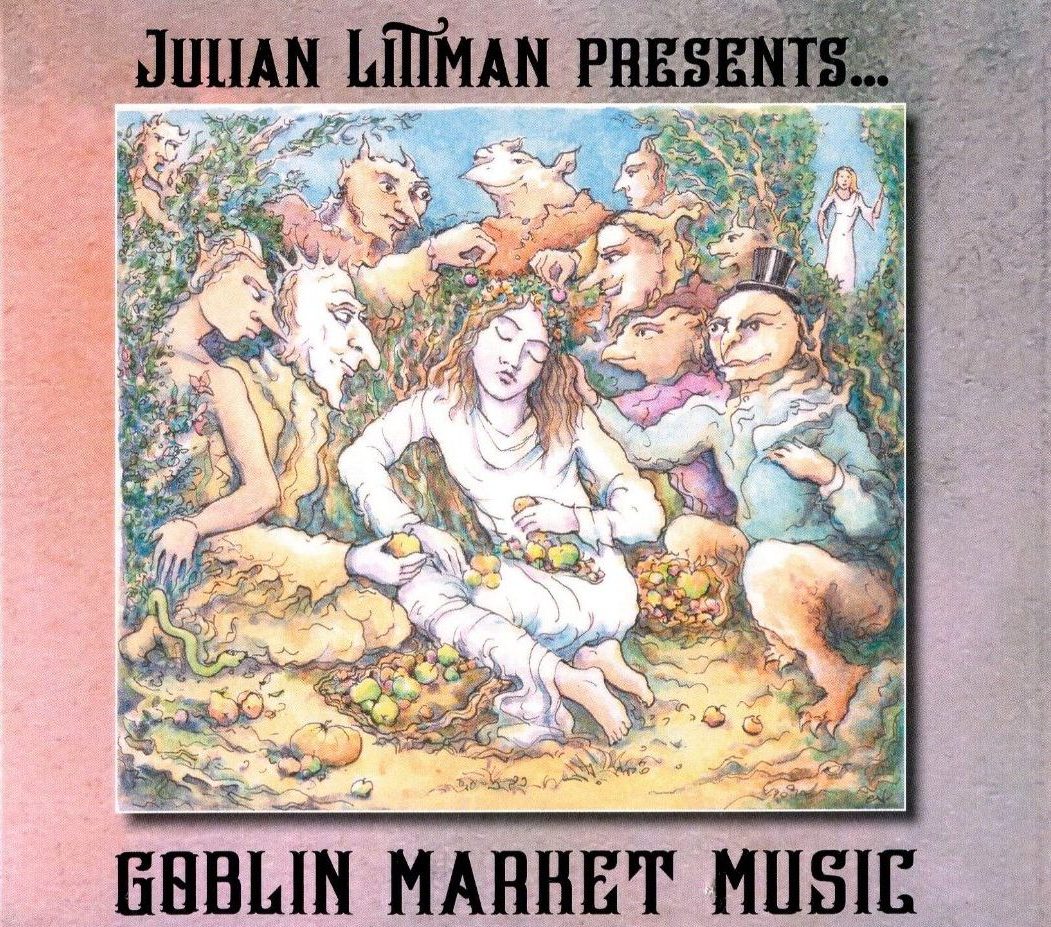 Steeleye Span guitarist Julian Littman is set to release the concept album Goblin Market Music  on December 1st, which will feature all of Steeleye Span as well as Jane Milligan, the daughter of the late comic genius Spike Milligan.

The album is based on Christina Rossetti’s famous 19th Century poem Goblin Market and came about, when author John Matthews set out to adapt the themes in the poem to create a variation on the traditional tarot alongside a guide book. The cards were illustrated by renowned artist Charles Newington.

Charles spoke to his friend Julian Littman about the project, recalling an old unpublished book he illustrated to accompany the CD ” A Musical Interlude with Mr Edward Lear “, with Spike Milligan narrating, all composed and produced by Julian. Julian was intrigued with this new project and the idea of the Goblin poem and so wrote and produced a concept album featuring all the current members of Steeleye Span.

Spud Sinclair and Jessie May Smart wrote a song each whilst Maddy Prior sings lead on one track.  The album has themes in the music that are similar to the Steeleye concept album ‘Wintersmith‘. The album also features Jane Milligan, daughter of Spike Milligan with whom Julian worked with in the past, and Caitlin Mathews, wife of John Matthews the author of the Tarot guide book.

With the addition of  Liam Genockey (drums), Julian Littman,(guitar/keyboards and vocals) Andrew Sinclair (guitar), Jesse May Smart  (violin and vocals), Benji Kirkpatrick (guitar and backing vocals) and Roger Carey (bass), the album was recorded in London, Cumbria, Hastings, Leamington and Surrey and was mixed by Julian and mastered by Denis Blackham at Skye Mastering.

Here’s a peek at a video featuring a behind-the-scenes look of them making  track 5 ‘Sacrifice’ with the addition of drums by Liam Genockey.

The Album is being officially released on December 1st 2021.  The Album, Tarot and book are all being sold separately.

For more information and to purchase the CD visit :https://steeleyespanfan.co.uk/the-music/goblin-market-music