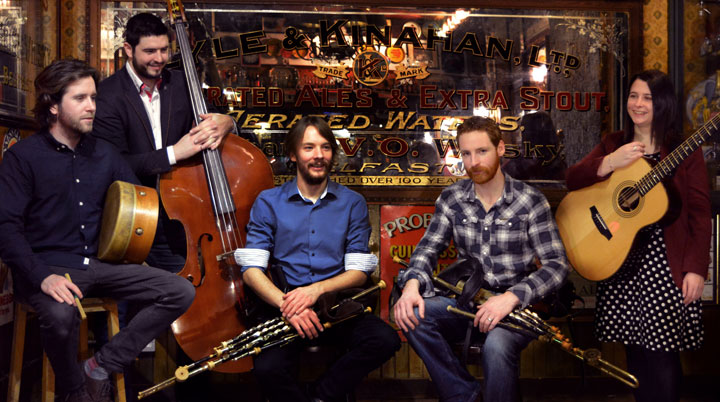 Belfast band Réalta’s second album ‘Clear Skies’ is a fantastic, foot-stomping triumph of an album. Made up largely of traditional songs and tunes, though with work from Darach du Brun, John Mackrel and Patrick Davey thrown into the mix, the result is a joyous, energetic and highly accomplished combination of Irish music, with influences from Scotland, Finland, Brittany and northern Spain, adding that extra touch of brilliance.

Whether it be reels, slow airs or jigs, Réalta are more than up to the task. The concept of two uilleann pipers in one band meets with my deep approval and the abilities of Conor Lamb and Aaron O’Hagan do not disappoint. Dermot Mulholland and Deidre Galway masterfully pull off songs such as ‘The Longford Weaver’ and ‘Kellswaterside’ with the sweetness of Galway’s vocals adding a wonderful contrast to the band’s exuberance and energy.

Réalta are an excellent band and one which I predict will only go from strength to strength in the next few years. A new discovery for me – I look forward to album number three!