Christmas At The Cathedral. 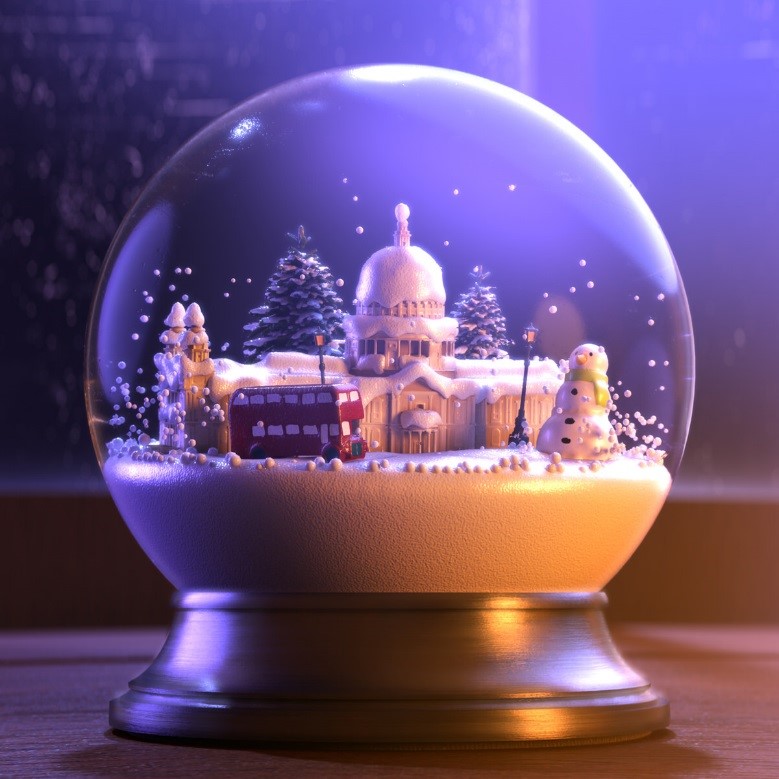 London/West Sussex based singer songwriter Ed Blunt has released the first single from his upcoming debut album – a heart-warming Christmas song inspired by the last big blizzard in the City of London.

The Dome of St Paul’s, written during lockdown, recounts a night in 2009 when the capital saw its biggest snowfall for several decades and the fun, joy and sheer magic it brought.

At the time, Ed was a student at Guildhall School of Music and Drama living in its hall of residence close to The Barbican. He says: “One freezing Sunday night it started to snow, at first just a few flakes, then soon enough a proper whiteout. As we walked the streets the city that was usually loud and frenetic stood perfectly still and quiet in the snow like a dreamland – it was one of those nights you will never forget.”

But it took 12 years before Ed’s memory of that snowstorm triggered a song. He started writing the melody and lyrics during a lockdown Zoom workshop with Chris Difford, of legendary band Squeeze, who describes the song as “brilliant”.

Ed said: “The challenge Chris set was to write a song about London and, for some reason, the day the snow transformed the city into a winter wonderland came vividly to mind.”

Besides the city cathedral, it namechecks a number of other London landmarks – Finsbury Square, London Wall and Chancery Lane.

The song is accompanied by a magical animated video created by London’s Chicken Fruit Studio and set on Christmas Eve.

Recorded and mixed by David Simpson at the Crypt Studio, London it features James Nall on drums and percussion, Charlie Laffer on guitars, Tom Farmer on bass and Ed on keys.

London-based Ed, whose family home is in Graffham, Sussex, is a jazz and classically trained pianist, who earned his stripes on the London scene, and is in demand as a performer, arranger and choir leader (he is Musical Director and founder of the ensemble, Camden Voices).

His debut album, Over the Moon is due out in February 2022, and serves up a rich mix of folk, rock, blues and gospel – original songs inspired by subjects as diverse as cinematic stories of men on the moon to the folklore of his home city — often cut through with a touch of humour.

The Dome of St Paul’s is out now on all digital platforms and https://www.youtube.com/watch?v=bvx7poy-yXw