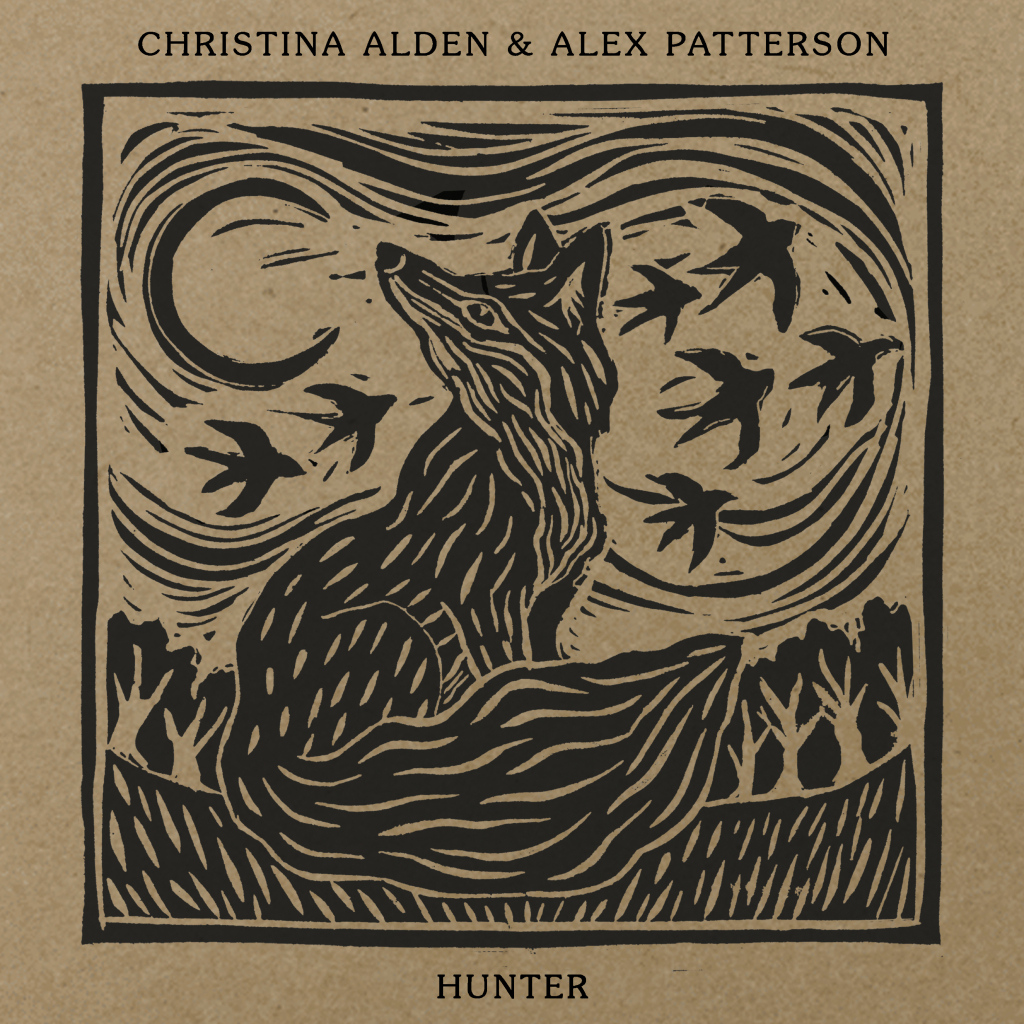 Christina Alden & Alex Patterson are multi-instrumentalists and songwriters from Norwich.  Their music is rich with intertwining harmony, accomplished musicianship and a creative song-writing style that is both delicate and moving and deeply inspired by the world around them. They have a keen environmental eye for crafting stories with the natural world at its heart. The songs reflect on the relationship between humans and the wild; from unlikely friendships between a wolf and bear, migratory movements of Artic foxes and people across land and ocean and the importance of re-wilding and enabling space for nature to renew. Hunter illustrates the duos ability to write and arrange songs that are contemporary, yet rooted in the folk traditions of storytelling, using music to ask questions and raise awareness of untold tales and important environmental issues.

Raised in musical households with garland dancing and sing-arounds, Christina and Alex have a deep connection to the folk scene. The main song-writing force behind their trio ‘Alden Patterson and Dashwood’ has seen them receive high praise for their creative writing and arrangement and over the last few years Christina and Alex have firmly established their place in UK folk scene. Notable achievements include: a twenty-three-date tour with Show of Hands, a show at Glasgow Royal Concert Hall for Celtic Connections, main stage performances at some of the UK’s top acoustic festivals, two albums added to the sound archive at The British Library, nearly a million streams on Spotify and over 5000 physical albums sold and 100’s of shows played over the last few years – including performances in the UK, France, Belgium and Norway.

Before the pandemic hit we had a full year of concerts booked throughout the UK and Europe, and like many other artists we saw those all fall away within a matter of weeks. This came as a big shock and was initially very hard to come to terms with; losing our work and our sense of identity. We wanted to channel our energy into something positive and so decided to record our debut duo album. We used our new-found time and space to be creative; to write, compose and develop new music. This album was made during the lockdowns of 2020/21 at home in The Folk Cellar on King Street, Norwich. Our house is in the middle of the city centre but the normally busy streets were quiet and so we were able to record everything at home. We have really enjoyed creating this album together; working on composition, returning to old instruments that had not been played for a while and revisiting fragments of song ideas written in old notebook.

Here’s a peek at the title track

The album is released on 7th May.