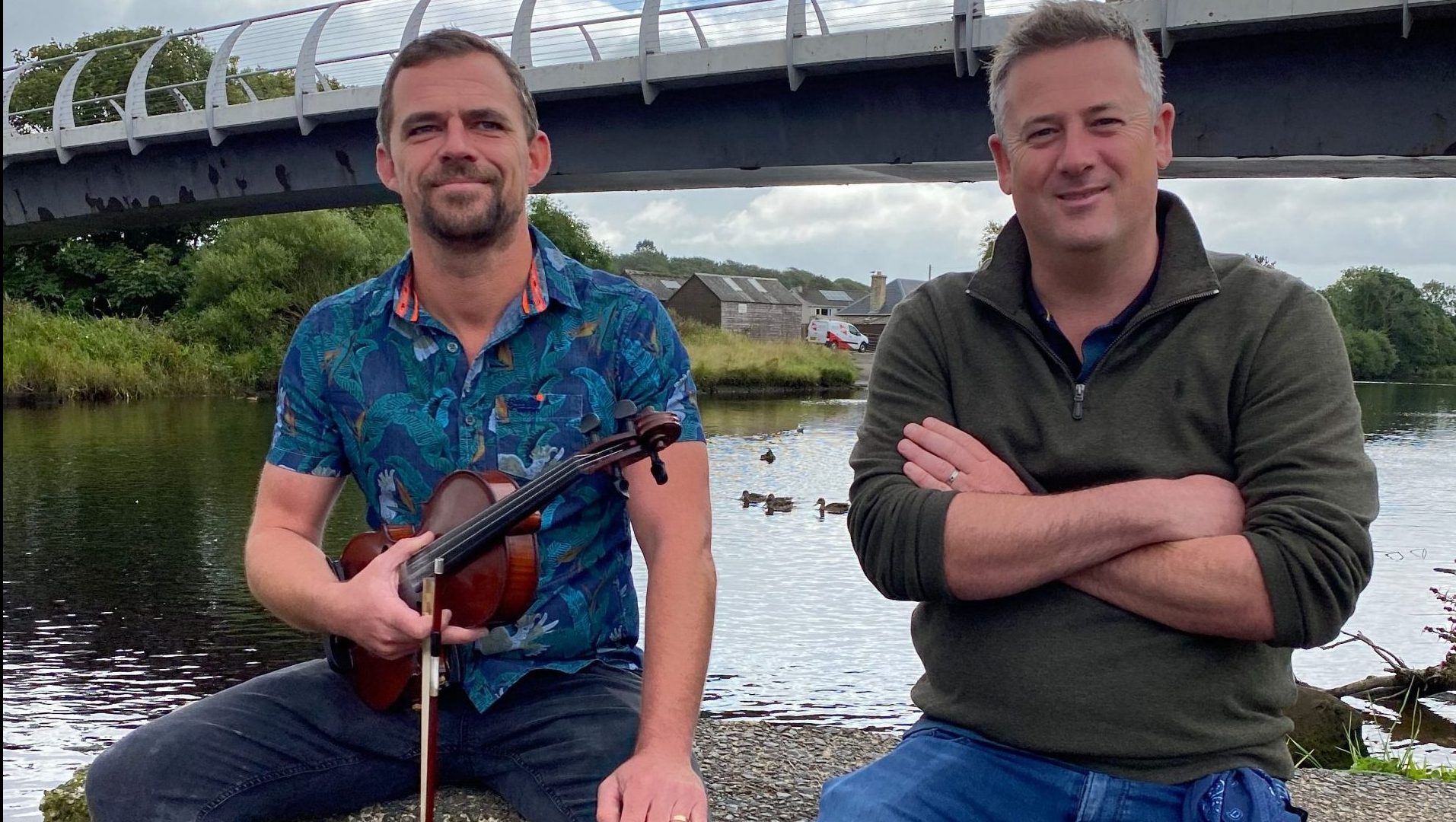 An educational children’s storybook has been brought to life in the form of an exciting new album and audiobook featuring some of Scotland’s finest musicians.

The book Mr Goose – Risk & Reward, originally created and written by an Ayrshire business consultant in lockdown for his own children, tells the story of a loveable character called Mr Goose and teaches little ones the importance of taking risks and developing personal resilience.

The book has been beautifully illustrated by local artist Louise McBride capturing the local environment and bringing the characters to life. It is also accompanied by a host of educational resources and its teaching was piloted at Doonfoot Primary in South Ayrshire earlier this year before being rolled out to schools across Ayrshire.

With youngsters instantly engaging with the cast of relatable characters and the moral lessons behind the tale, its creator Grant Kennedy decided to team up with composer and musician Craig Espie of Skerryvore to bring the story to life in musical form.

Craig set about creating an instrumental song for each individual character in the book and this quickly formed the basis of the album and audiobook. The album was released last Friday 20 August, with an audiobook release to follow.

He then called on a host of friends from the Scottish music scene to each represent a character and play on the album, while BBC Radio Scotland broadcaster and fellow musician Gary Innes stepped up to narrate the audiobook. The result is a fun filled collection of original songs – think ‘Peter and the Wolf’ meets Scottish traditional music.

The book centres around Mr Goose’s adventures at the River Doon in Ayrshire, the different characters he meets along the way, and their approach to taking risks in order to succeed.

The accompanying educational resources now available to schools across Scotland via the national learning platform Glow and are aligned to the Scottish Curriculum for Excellence. They help children learn about concepts of risk and reward, as well as learning about different musical instruments and styles.

The album features some of the best traditional artists in Scotland – Craig Espie on fiddle is Mr Goose, Scott Wood on bagpipes takes on the guise of Captain Drake, while his whistle playing represents Fudge the Dog.

Celebrated instrumentalists can also be heard on the album providing accompaniment including Ronald Jappy on acoustic guitar and keys, Martin O’Neil on bodhran and percussion, double bassist James Lindsay on double bass and David Dunsmuir on electric guitar.

Fife singer songwriter Cameron Barnes takes centre stage with his powerful vocals in Risk & Reward – the rousing closing track which brings all the musicians together to celebrate the book’s overall message.

Grant Kennedy, creator of Mr Goose – Risk & Reward and managing director of management consultancy KRisk, explained more about how the project developed. He said: “Mr Goose was inspired by the different animals my children and I would see whilst out on walks in our local area. I started to think about my everyday work in corporate risk and how this could be relevant to youngsters. I quickly realised that these valuable lessons could be applied and taught in a school environment and Mr Goose was a fun way of telling that tale.

“After a few conversations with Craig, it became clear how much potential Mr Goose had to grow beyond an educational storybook and into an audio-visual experience that children and adults alike can enjoy. All of the materials provide kids with a fun and interactive way to learn important skills and I hope it will allow Mr Goose to reach a bigger audience than ever before.”

Composer Craig Espie, who is a father himself, also saw the wider appeal and potential of Mr Goose. He said:

“After taking Mr Goose home for my children to read, it became clear to me that each character could have its own instrumental theme which formed an album. As well as accompanying the book and the educational materials already in place, the music could also provide an additional educational resource, teaching the subject of traditional music.

“It was great fun bringing each of Grant’s characters to life musically and I felt it was essential to capture the essence of each one’s individual personality and decision-making processes. For example, Little Mouse has the delicate sound and excitement of the mandolin, and The Swans has the beauty and grace of a clarsach.

“Mr Goose is a great resource for young children, however the level of professionalism and quality of musicians means that it is also something which the whole family, including lovers of traditional music, can enjoy This project is something completely new – a new way to listen to traditional music, look at composition and showcase the music and instrumentation of our traditions to the next generation.”

The Mr Goose – Risk & Reward album and audio book were supported by funding from Creative Scotland.