Acclaimed Scottish act Elaine Lennon is releasing a charity single on Friday, 21 August in aid of University Hospital Wishaw’s Paediatrics Unit – and has brought in a raft of talent to accompany her on this moving track. 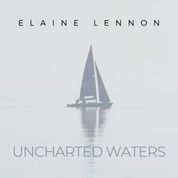 Elaine’s lead vocals and piano are supported by the backing vocals of esteemed artists Karine Polwart, Boo Hewerdine, Findlay Napier, Siobhan Miller, Yvonne Lyon and Chris While, who were all more than happy to get behind the worthy cause.

Elaine was compelled to raise funds for the Lanarkshire hospital after her youngest son Chris was admitted at five years old with a benign tumour. After he received fantastic care at the Wishaw children’s ward, Elaine was eager to give back and help raise funds for items to help distract little ones and create a relaxing environment for them.

Elaine said: “We received such amazing care at University Hospital Wishaw’s Paediatrics Unit, it felt natural to give something back. When your child’s in hospital you want to know the experience won’t be traumatic for them. Anything that helps children relax through what can be a very difficult and stressful time for them and their families is so valuable.  With the playroom closed off because of corona virus and limited games consoles and other toys available, there is little to engage the very youngest patients. My hope is that we can help supply enough items, that can be easily wiped down, to go around in order to positively impact other children’s hospital experience The support from fellow musicians who have generously donated their time to this has been incredible and I’m really proud of the track. I hope as many people as possible buy the song and get behind our fundraising effort!”

Jane Thomson, paediatric senior charge nurse at University Hospital Wishaw, said: “This is a fantastic endeavour by Elaine. The lyrics of the song are so emotional and it is great to see Chris is thriving in the video.  It is always very humbling when a family want to make a contribution which will help others who are going through a similar experience. Playtime and games are really important in the paediatric ward, helping the children to take their minds off their illness and treatment. I am sure I speak on behalf of all the staff when I say that we were all very touched and we hope the song is a huge success.”

Uncharted Waters poignantly touches on themes of helplessness and uncertainty, capturing a feeling of being ‘all at sea’ that has been felt by so many in recent months, while also spreading a message of positivity and hope.

The single was recorded by the artists virtually at their homes in July, produced by Boo Hewerdine, and mixed by Mark Freegard at his Glasgow studio. Boo can also be heard on guitar, with Euan Burton on bass.  The track is accompanied by a video featuring some of Elaine’s collaborators and loved ones, who can be seen looking out to the distance at locations across the west of Scotland including Luss, Falls of Falloch, Cumbernauld’s Broadwood Loch and Bearsden’s Kilmardinny Loch.

Throughout lockdown she has hosted a series of Facebook Live sessions titled ‘The Homebird Sessions’ and is presenting and performing on the online show ‘Cumbernauld Unlocked’.

Uncharted Waters will be available to buy on Friday 21 August. on all usual streaming sites as well as being available to purchase on Bandcamp and www.elainelennon.com. There will also be a ‘pay what you want’ option on Elaine’s own website for those who would like to donate more to this very worthwhile cause.